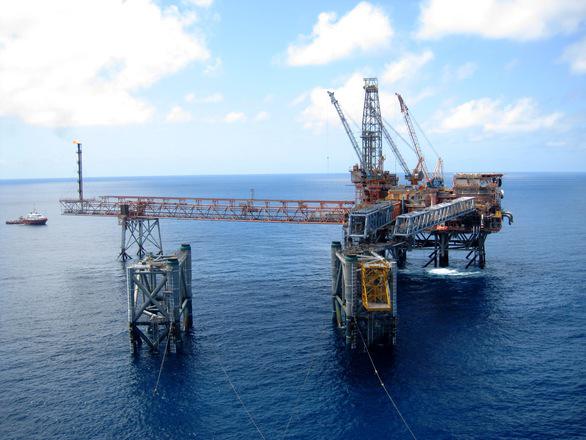 Western Australia is looking to new areas of growth in key sectors such as agriculture, technology and tourism as the economy transitions from predominately resource driven investment. The 8th Annual WA Major Projects Conference hosts a panel discussion on the recent decline of the resources boom and emerging opportunities in other industries. Sectors that have potential to grow and strengthen the state’s economy include tourism, infrastructure and agriculture. President of the Royal Agricultural Society of WA, Rob Wilson, joins the panel to share his expertise and explore innovations in the agriculture sector. WA Chamber of Commerce & Industry, Chief Economist Rick Newnham will also deliver a presentation at the Conference on the significant challenges and new opportunities available to Western Australia in the wake of the post-mining boom. The growth in Liquefied Natural Gas (LNG) exports across WA has surged, with three projects underway in Prelude, Wheatstone and Ichthys, off the north coast of WA. Over $200 billion is already invested in liquefied natural gas (LNG) projects in Australia and the value of exports is forecast to increase by 41% in 2016-2017. Exports in 2016 reached 36.8 million tonnes, a 37.7 per cent increase on the 26.7 recorded in the previous year, the report found. National Oil and Gas Leader at Deloitte, Bernadette Cullinane, will discuss the associated challenges and opportunities at the WA Major Projects Conference. WA has retained its title as the top state for production, attracting 65 per cent of the nation’s total mineral exploration expenditure mainly due to increases from major commodities such as iron ore, gold and petroleum products. While resources remain weak, commercial construction activity across the state is set to ramp up within the next year with an estimated increase of up to 40% in commercial projects due to start, including works on the Forrestfield Airport link, shopping centres and apartment towers. According to economist John Nicolaou, Director of ACIL Allen Consulting, 30 000 new construction jobs could be in the cards as works begin. After the resources downturn, this is a much needed boost for WA. Nicolaou will be discussing challenges associated with funding and planning models the Western Australian government can use to improve vital infrastructure projects in the face of a weakening capacity to fund them, including alternatives such as user-pays, public-private partnership and privatisation. The 8th Annual WA Major Projects Conference is taking place on the 20th- 21st of June at the Perth Convention and Exhibition Centre. For more information please visit: http://www.waconference.com.auAbout Expotrade Expotrade is a global conference and event organizer with its head office based in Melbourne, Australia. Expotrade has delivered some of the largest, most successful B2B industry conferences and events in the areas of infrastructure, major projects, sustainability, technology & architecture. For almost 10 years, our unique blend of knowledge, experience and flexibility has accomplished an array of consistently top quality events. Today, Expotrade events enjoy such a distinctive edge, they are amongst the best patronised in the calendar.Suite 1, Level 1, 2 Brandon Park Drive Wheelers Hill VIC 3150 Australia

02-21-2019 | Tourism, Cars, Traffic
Dataforce Verlagsgesellschaft für Business Informationen mbH
Australia – A Dataforce insight
Australia, the land of the Ute (Pickup), Cyber Cars (Dealer volume demos), Novated leasing and annual registrations of around 1.1 million new cars has now become one of the latest markets to enter our portfolio. We are putting together a series of articles to hopefully give some fresh Dataforce insights into the Australian market place, with a firm eye on the True Fleet channel. With a constantly expanding population and
04-11-2018 | Industry, Real Estate & Constr …
Storewall Australia
StoreWALL Launches into Australia
Expand and organise your space with wall-mounted storage solutions from StoreWALL. StoreWALL is a premium wall-mounted storage system for home and business. The range covers wall panels, hooks, baskets, bins, brackets and shelves. Everything you need to efficiently organise and store items in the home or commercial space. With superior materials and construction, our products are built to last. Plus, you won’t find a system that’s easier to install. StoreWALL systems
07-05-2017 | Advertising, Media Consulting, …
ReportsWeb
Coffee in Australia
ReportsWeb.com has announced the addition of the “Coffee in Australia” The report focuses on global major leading industry players with information such as company profiles, product picture and specification. Influenced by the strong café culture in Australia, consumers are increasingly interested in the origins and tastes of their coffee products. Consumers ask more questions about where their coffee is from and this is reflected in the strategic plans of large companies.
06-08-2017 | Business, Economy, Finances, B …
ReportsWorldwide
Agrochemicals Market in Australia
ReportsWorldwide has announced the addition of a new report title Australia: Agrochemicals: Market Intelligence (2016-2021) to its growing collection of premium market research reports. The report “Australia: Agrochemicals: Market Intelligence (2016-2021)” provides market intelligence on the different market segments, based on type, active ingredient, formulation, crop, and pest. Market size and forecast (2016-2021) has been provided in terms of both, value (000 USD) and volume (000 KG) in the report. A
02-13-2017 | Business, Economy, Finances, B …
ReportBazzar
Cheese in Australia
Australian consumption of cheese remains buoyant with increasing demand for better quality cheese and a move away from processed cheese. In particular, cheese retail value grew 2% in current terms in 2016, up from 1% in 2015. Positive research, in recent years, on the benefits of dairy fats also contributed to increasing demand for full fat cheese. Demand for cheese was also partly fuelled by Australian consumers enjoying cheese, especially
06-09-2016 | Politics, Law & Society
ECOVIS AG Steuerberatungsgesellschaft
Australia – An Innovative Agenda?
Australia’s government tightens foreign investment laws for housing and land and introduces a National Innovation and Science Agenda to encourage innovation in business and schools. The second half of 2015 saw significant changes to Australia’s foreign investment framework come into effect, along with the government making an innovation statement which committed $1 billion over the next four years to foster and develop new ideas and new businesses in Australia. To near
Comments about openPR
We publish our press releases on openPR.de because we like people who are "open" - just like us.
Frank Obels, CEO, INCONET - Informationssysteme, Communication und Netzwerkberatung GmbH