Pop Singer-Songwriter Jonathan Cavier to Release New Single, “When You Come Around,” On April 21 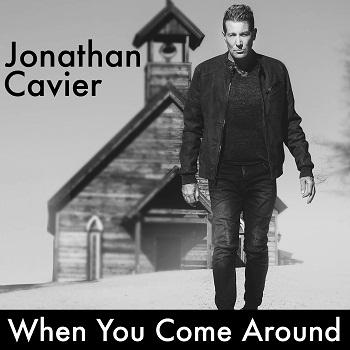 “When You Come Around” is the first single from Cavier’s upcoming full-length album, Blue Room.Los Angeles, CA, April 23, 2017 – Pop singer-songwriter Jonathan Cavier is preparing for the release of his brand new single “When You Come Around” on April 21st, 2017. This is the first single to be released in anticipation of Cavier’s second solo album, Blue Room, which is slated for release May 12, 2017. “When You Come Around,” written and produced by Jonathan Cavier and mixed by Jason Losett, features a delicate combination of atmospheric keyboards and shimmering acoustic guitars. “When You Come Around” is a song about loving someone with all your heart and being willing to do anything for them even if they aren’t always right by your side. Cavier vocals, which are bursting with emotion, are accompanied by light, airy instrumentation, painting a vivid picture of being deeply in love. The ten songs on Blue Room follows in the tracks of Cavier’s first solo album Premier to merge his varied pop and rock influences from the 80s, 90s and today into a sound all his own. Extracting elements from a wide range of sounds and unique instruments, Cavier continues to “transport listeners to colorful three-minute worlds” on Blue Room through his composition, lyrics, and eye-catching visual accompaniments. About Jonathan Cavier: Originally from Northern California, Cavier (pronounced “cav-AIR”) has been based in Phoenix, AZ for several years and performed for years as Alan Clark in atmospheric pop duo EyeTalk. Over the course of ten years and five albums, this venture saw Cavier’s music reach audiences as far-flung as Italy, the UK, and Australia. After five albums and hundreds of shows played throughout the US, Jonathan Cavier has reimagined himself and has formed a new musical identity on his debut solo album Premier. In addition to his musical endeavors, Cavier is a semi-professional tennis player and a member of the USTA and IFT. Cavier says that practicing and playing in tournaments is like “the fountain of youth.”Follow Jonathan: Website: http://caviermusic.com Facebook: https://www.facebook.com/JonathanCavierMusic Twitter: http://twitter.com/jcaviermusic Instagram: http://instagram.com/jcaviermusicFor more information, to request an interview, or for a review copy of “When You Come Around” or ‘The Blue Room'Contact: Chip Schutzman Miles High Productions PO Box 93157 Hollywood, CA 90093 323-871-4821 chip@mileshighproductions.com http://www.mileshighproductions.com

You can edit or delete your press release Pop Singer-Songwriter Jonathan Cavier to Release New Single, “When You Come Around,” On April 21 here

08-24-2021 | Advertising, Media Consulting, …
The Insight Partners
CBD Infused Edible Market Report 2021: Analysis of Rising Business Opportunities …
Champagne is a French beverage made from grapes harvested in the Champagne region. The grapes used are specific, including pinot noir, pinot meuniere, and chardonnay. These grapes are fermented to produce wine with an alcohol content of about 9% by volume. Champagne, often known as sparkling wine, is strictly regulated by France's Comité Champagne. Champagne has been consumed as a celebratory drink at sporting events, anniversaries, celebrations, weddings, joyous occasions,
07-26-2021 | Health & Medicine
The Insight Partners
Caviar Market Share, Revenue, And Average Price By Manufacturers Shared In A Lat …
Recent research covered by The Insight Partners on Caviar that says Caviar size and share increased in 2021 also Caviar forecast is going to 2027. This research is bases on worldwide level and coverd top most 10 Companies that invest in this year, you can read full Sample PDF thats given you full satisfaction (link given below) also Food and beverage industry thats gives the Boom in the Market with
07-01-2021 | Business, Economy, Finances, B …
The Insight Partners
Champagne Market 2021 Estimation - Size, Share, Growth, Demand and Opportunity A …
Champagne Market 2021-2028 Global Industry research report explores analysis of historical data along with size, share, growth, demand and revenue of the global Champagne and estimates the future trend of market on the basis of this detailed study. The study shares market performance both in terms of volume and revenue and this factor which is useful & helpful to the business. Companies Mentioned • Agroittica Lombarda SpA •
12-13-2017 | Advertising, Media Consulting, …
Future Market Insights
New Report Examines the Growth of Sodium Tetraborate Market Forecast to 2027
Sodium Tetraborate is also know Borax, Sodium Borate, or Disodium Tetraborate. Sodium Tetraborate, is a naturally occurring mineral and is a source of the essential element boron, which is an inexpensive, and effective antiseptic, antifungal and insecticidal treatment. Sodium Tetraborate occurs naturally in evaporate deposits produced by the repeated evaporation of seasonal lakes. Sodium Tetraborate can be produced synthetically from other boron compounds. The naturally occurring sodium Tetraborate is refined
10-27-2016 | Leisure, Entertainment, Miscel …
Miles High Productions
Phoenix-Based Singer-Songwriter Jonathan Cavier Releases Cover of Sting’s “F …
“Fields of Gold” is the third installment in the monthly “Cavier Covers” series. Los Angeles, CA, October 28, 2016 – In what is now the third song in the “Cavier Covers” series, Jonathan Cavier’s version of the Sting classic “Fields of Gold” is available today. The song can be purchased and downloaded from iTunes, Amazon, and all major digital outlets. The “Cavier Covers” series debuted in August of this year and
10-06-2016 | Leisure, Entertainment, Miscel …
Miles High Productions
Pop-Rock Singer-Songwriter Jonathan Cavier Releases Cheap Trick Cover “The Fla …
“The Flame” is the second installment in the “Cavier Covers” series. Los Angeles, CA, October 06, 2016 – Pop singer-songwriter Jonathan Cavier has released his version of the classic Cheap Trick song “The Flame” available now on iTunes and other major retail outlets. This single is part of the new “Cavier Covers” series in which Jonathan covers songs that are important to his musical life. The first song in the Cavier
Comments about openPR
We publish our press releases on openPR.de because we like people who are "open" - just like us.
Frank Obels, CEO, INCONET - Informationssysteme, Communication und Netzwerkberatung GmbH