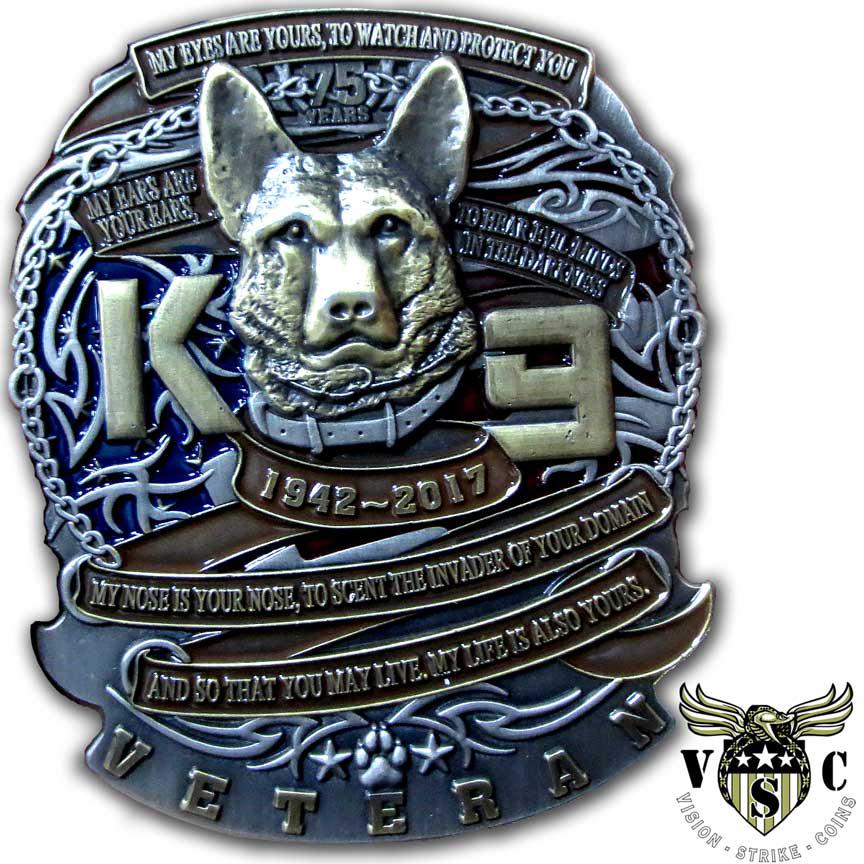 Vision Strike Coins is honoring the service and sacrifice of all K-9s nationwide with an exclusive challenge coin dedicated to the 75th anniversary of the commencement. Since 1942, K-9s have been remembered for their duties on the force and Vision Strike Coins wants to highlight the ¾ century mark. Everyone loves dogs. They are the most loyal animals on the planet and make very strong companions. What makes their connection even more special is the fact they are willing to go to war with their human counterparts. From police, military, or civilian, K-9s are essential for certain tasks. This exclusive coin is 2.5 inches tall, 4mm thick, and transparent in color. The artwork was designed to highlight the 75th anniversary, respectively. We want this coin to inspire those currently on the force and who have yet to join. In addition, to our veterans who have lost their K-9s in war, or any unfortunate circumstance, this coin is especially for you.Found At: https://vision-strike-coins.com/product/military-challenge-coins/k-9-veteran-75th-anniversary-coin/Vision Strike Coins forges the highest quality coins designed in America! We take pride and are inspired to produce the finest coins for America's very best and we do this because of the hard work, dedication and sacrifice of our active duty military, retirees, US Veterans and prior service. It is an honor to serve you.Vision Strike Coins 4802 SW Scholls-Ferry Rd Ste C Portland, OR 97225