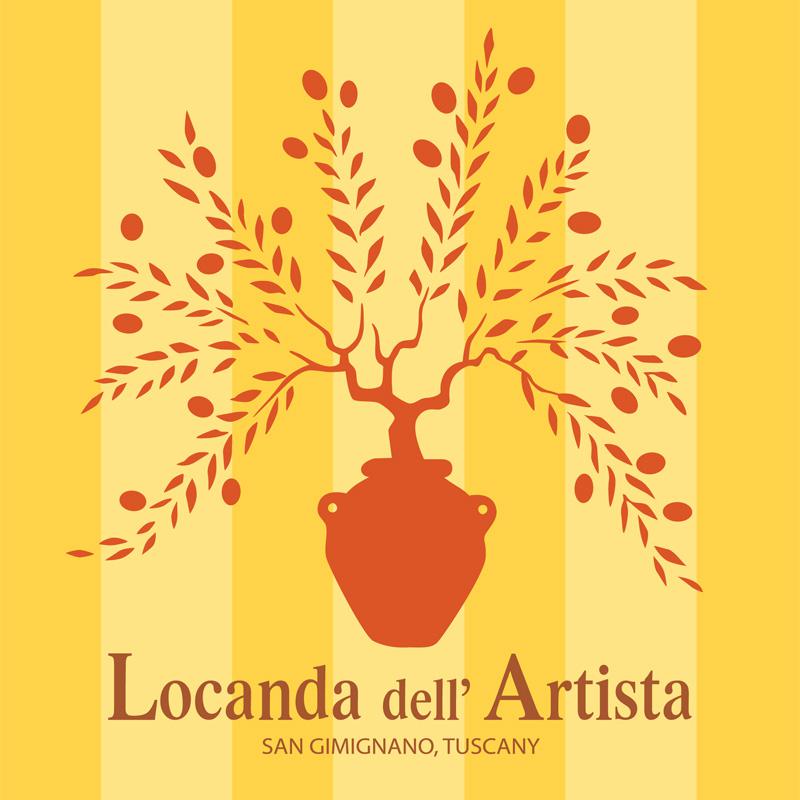 Located in the rolling Tuscan countryside a few kilometres outside of UNESCO world heritage site San Gimignano and near the ancient walled cities of Certaldo, Monteriggioni, Volterra and Siena, is boutique country inn Locanda Dell’ Artista. Their luxury facilities provide a convenient location for their guests to tour all of the legendary beauty of the Tuscany region, and lately for even more guests as they have recently added almost 15% capacity with the addition of their new Suite La Pergola.Seven years ago, multiple Oscar nominated film producer Baker Bloodworth and Cristian Rovetta, owner of a fashion accessory business in Bergamo, saw that there was not a comparable elegant boutique hotel within 20 miles of historic San Gimignano, Tuscany, and seized the opportunity to create their Locanda dell’ Artista, and this year is already the biggest year for them yet. TripAdvisor, the world’s largest reviews website, announced their prestigious Travelers' Choice Awards for 2017, and Locanda Dell’ Artista was deemed the best B&B / Inn in Tuscany and 11th best B&B / Inn in the World. The locanda is consistently fully-booked making getting a reservation somewhat of a challenge, so the addition of the Suite La pergola offers another possibility to secure a room. Nearby San Gimignano is an Italian hill town in Tuscany, southwest of Florence, and is a UNESCO World Heritage site. Encircled by 13th-century walls, its old town centers on Piazza della Cisterna, a triangular square lined with medieval houses. It has a skyline of medieval towers, including the stone Torre Grossa. The Duomo di San Gimignano is a 12th-century church with frescoes by Ghirlandaio in its Santa Fina Chapel.Summer 2016 brought a record number of visitors to San Gimignano and the Tuscany Region. Italy Travel reports that Italy was the fifth most-visited country in the world last year, with 51.5 million tourists, with 2017 on track to see a record number of visitors to the country. This summer, tourism is predicted to be up 7% in Venice, 8% in Florence and the Tuscany Region, 11% in Capri and 16% in Cinque Terre from 2016. One possibility for the increase in visitors is that people, including Italians, feel safer vacationing in Italy than in nearby countries such as Turkey or France that have been targets of terrorist attacks. Another reason is that Italy clearly has some of the most spectacularly beautiful spots on Earth, especially the many ancient walled cities in Tuscany, and everyone wants to visit.After the newest recognition by TripAdvisor, and the visible increase in regional tourism, their facility expansion comes at a good time for Locanda Dell’ Artista. When asked about the new suite, Bloodworth said, “We find that our largest and most luxurious rooms are the most sought after. We have so many young couples, celebrating a honeymoon or birthday or anniversary or merely escaping the city for an intimate few nights in a luxurious country hotel. The discreet and romantic Suite La Pergola was designed just for them.” The luxurious Suite La Pergola is over 600 square feet and includes a private terrace, bespoke furniture, regional fabrics, antiques and modern art. An elegant sitting room features double french doors opening onto a private patio, with a comfortable sitting area, entertainment center and dining table. The bedroom features an oversized armoir, multiple dressers and all of the signature personal touches of Locanda Dell' Artista. The bathroom is bright and elegant finished in hand made tiles, with an oversized vanity, bathtub/shower and heated towel racks. The large private terrace features sun beds, a dining table and panoramic views of the Tuscan countryside.Locanda Dell’ Artista has also recently updated the booking engine on their website (www.locandadellartista.com) and are now offering reservations farther in advance, so the addition of their new suite comes at a good time. The addition of the Suite La Pergola is the latest in thoughtful expansion at Locanda dell' Artista bringing the total number of rooms to 7 while maintaining the intimate feeling of the hotel.A visit to Tuscany, Italy is often a once in a lifetime experience, and with this facility expansion, Locanda Dell ‘Artista seems to be evolving their winning formula for turning that Tuscany visit into a cherished memory for a lifetime.Luxury country inn Locanda Dell’ Artista have added capacity with the addition of their new Suite La Pergola. The addition of the new suite is the latest in thoughtful expansion at Locanda dell' Artista bringing the total number of rooms to 7 while maintaining the intimate feeling of the hotel.ID International 250 Vallombrosa Ave, Suite 250 Chico, CA 95926 USA (530) 892-9025 identity-international.com Contact: M. Jacobs

03-30-2017 | Tourism, Cars, Traffic
Locanda Dell' Artista
Locanda Dell' Artista receives TripAdvisor Travelers' Choice Award for 2017
TripAdvisor, the world’s largest reviews website, announced their prestigious Travelers' Choice Award for 2017, and Locanda dell’ Artista is deemed best B&B / Inn in Tuscany and 11th best in the World. Millions of reviews were factored in the creation of the ranking. Locanda dell’ Artista is a boutique country inn located in the heart of Tuscany, Italy, near the ancient walled castle cities of San Gimignano, Poggibonsi, and Colle