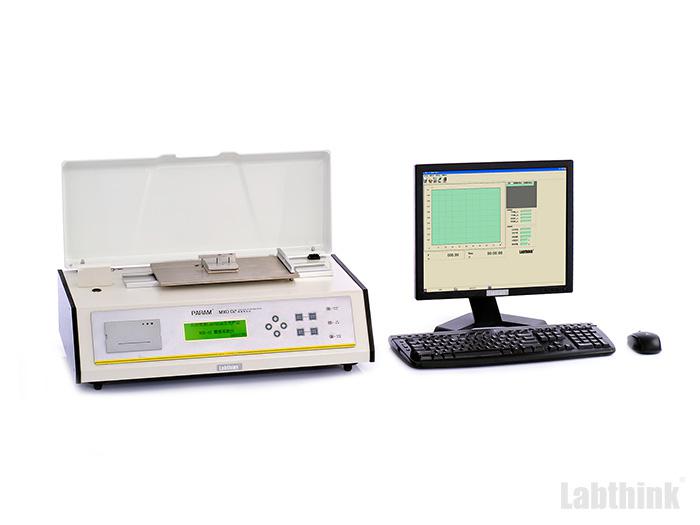 In modern agriculture, the selecting, transportation and sowing of seeds are all realized by automatic mechanization, which also makes a great contribution to the increase of output of grains and income of farmers. The coefficient of friction of the seeds against agricultural machinery may influence the working efficiency greatly. The coefficient of friction is one main factor that shall be considered when selecting surface materials of agricultural machinery and determining related parameters.
The raw seeds are usually mixed with broken pieces of seeds, weed seeds, crushed straws and sand grains, etc., which carry a large amount of bacteria. Those foreign matters are liable to absorb moisture and thus speed up the deterioration of the seeds. The cleaning and selecting of seeds is a process during which the seeds are cleaned and separated for different levels of quality.
Seed selecting machine is equipped with feeding hopper, cloth tape and two roll shafts. The cloth tape is installed between the upper and lower roll shaft, at a certain angle to the ground and rolling at a certain speed. When the material of cloth tape and the angle are fixed, the seeds are liable to slide down because of the lower coefficient of friction of the seeds against cloth tape. While the sand grains, grass and straws will be carried by the cloth tape because of the higher coefficient of friction, so the seeds will be separated from other foreign matters successfully.
After cleaning and separating, the seeds will be carried to next process by the conveyor belt. The coefficient of friction of the surface material of conveyor belt against he seeds should be sufficient otherwise the seeds may slip off the conveyor belt during transportation. Seed metering device, as the core part of seed sowing machine, decides the precision of seed sowing. During the seed sowing process, the seeds will contact the seed metering device directly and the coefficient of friction of the device against seeds may influence the smoothness of seed sowing. Therefore the coefficient of friction is one main factor that should be considered when selecting raw materials for seed metering device in the research and development of seed sowing machine.
Test Method of Coefficient of Friction of Seeds
1. Testing Instrument
Labthink’s MXD-02 Coefficient of Friction Tester is a professional tester that can be used to test the static coefficient of friction and kinetic coefficient of friction of plastic films, sheeting, rubber, paper, cardboard, woven bag, fabrics, metal compound belt used for communication cable, conveyor belt, wood, coating, brake pad, windshield wiper, shoe material, tyre and many other materials. This instrument conforms to multiple Chinese and international standards including ISO 8295, ASTM D1894, TAPPI T816 and GB 10006.
2. Test Principle and Test Method
The test specimen is placed on the test plane with testing surface facing upward. The test specimen shall be paralleled to the longitudinal direction of the test plane. The testing surface of the other specimen shall face downward and fixed on the lower surface of the sled using double-faced adhesive tape. Then place the sled on the center of the test plane so that the testing surfaces will contact directly with each other. The specimens remain still for 15 seconds. Then the specimens move in the opposite direction. Static and kinetic coefficient of friction will be calculated automatically.
Because the shape of the seed is irregular, in the test the seeds are scattered uniformly on the surface of rigid cardboard with adhesives. The cardboard is fixed on the test plane. The material that contacts the seeds is fixed in the sled. At least 3 times of tests need to be performed and the final result will be the average value of all the test results of those tests.

05-18-2017 | Health & Medicine
Labthink International, Inc.
How to test the seal performance of black and white PE packaging for liquid milk …
Source: Labthink Instruments Co., Ltd Liquid milk is an important part of many people’s diet. Since a large amount of fat and protein are contained in milk, it is easily oxidized, as a result, the quality of the milk can be compromised within its shelf life. Therefore the packaging materials used for liquid milk are required to have sufficient oxygen barrier property. Moreover, the seal performance of the packaging should meet
05-15-2017 | Health & Medicine
Labthink International, Inc.
Oxygen Barrier Property Test of Plastic Bottles for Dairy Drinks
Source: Labthink Instruments Co., Ltd Dairy drinks are very common consumer products in people’s daily life. Peanut milk, walnut milk and many other beverage containing milk are very popular. Dairy milk is mainly made of fresh milk, which contains a large amount of protein, vitamin and fat. Those nutrients are liable to be oxidized, which should be kept away from light. The packaging materials used for dairy drinks should have sufficient
05-10-2017 | Advertising, Media Consulting, …
Labthink International, Inc.
Heat Seal Strength Test of Composite Packaging for Biscuit
Biscuits are commonly eaten as snack food and are in general, made with wheat flour or oats, and sweetened with sugar or honey. Varieties may contain chocolate, fruit, jam, nuts, ginger and other ingredients. The sealing edges of the packaging bags for biscuit should have proper heat seal strength. To be specific, the seal strength cannot be too high (even higher than the compounding strength), otherwise much difficulties will be caused
05-04-2017 | Health & Medicine
Labthink International, Inc.
How to test the puncture resistance of medical rubber closures?
Source: Labthink Instruments Co., Ltd Rubber closures are very important packaging materials that are usually used in penicillin bottle, syringe, vacutainer blood collection tube and other medical packaging and medical apparatus. The most common materials used for rubber closures include natural rubber and butyl rubber, etc. Since there are differentmolecular structure, composition and manufacturing process of rubber closures, the safety and corrosion resistance may be distinct from each other. Besides, the