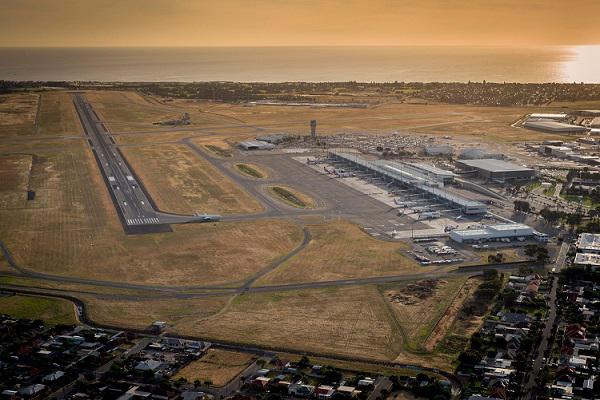 The 10th Annual South Australian Major Projects Conference is taking place in Adelaide this year as South Australia focuses on investing in key infrastructure projects in order to boost employment and the economy as a whole. The government is investing $12.1 billion on public infrastructure projects this year with the City of Adelaide under¬taking a number of infrastructure, public transport and expansion projects that will increase the liveability of the city. Major new projects underway include the Adelaide Airport expansion, implementing driverless car technology and creating a 10 Gigabit City Network for Adelaide. The Adelaide Airport will be revitalised with a $50 million, 165-room hotel expansion, creating approximately 350 jobs during construction. The seven-storey development is one among several expansions planned for the airport as detailed in an airport masterplan released in 2014. By 2044 the terminal’s size is expected to triple and several multistorey office buildings are to be added in a new business area. These developments will further enhance Adelaide Airport’s standing as a major infrastructure and economic asset in South Australia. Driverless car technology could transform the South Australian economy in the wake of a break from traditional car manufacturing, with the state government set to invest $10 million in grants on the technology over the next three years. This boost hopes to attract researchers and manufacturers, creating extra incentives for autonomous technology producers to bring their business to Adelaide. To facilitate the rise of rapidly growing disruptive technology, South Australia has enabled driverless vehicle trials earlier this year through new road laws. With the industry expected to be worth $90 billion globally by 2030, driverless cars are expected to deliver huge benefits to South Australia's roads and economy. Adelaide will offer ultra-fast internet speeds of up to 10-gigabits-per-second across key innovation precincts in its bid to become a “smart” Gig City in Australia. The city is now overseeing plans to build a fibre network that by 2022 may be capable of delivering the fastest internet in Australia which will eradicate the barriers and distance between large urban centres and regional cities. The ambitious plan envisions Adelaide as a playground for entrepreneurs and innovator, who will drive economic expansion, create new employment opportunities and futureproof South Australia against the rapid onslaught of changes in an ever evolving shared economy. With South Australia shaping up as a site of grand scale projects in years to come, the 10th Annual South Australian Major Projects Conference will be a source of expert discussion, presentations and rich networking opportunities. The Conference will be held at the Adelaide Convention and Exhibition Centre July 25th-July 26th. Please visit http://www.saconference.com.au for more information.About Expotrade Expotrade is a global conference and event organizer with its head office based in Melbourne, Australia. Expotrade has delivered some of the largest, most successful B2B industry conferences and events in the areas of infrastructure, major projects, sustainability, technology & architecture. For almost 10 years, our unique blend of knowledge, experience and flexibility has accomplished an array of consistently top quality events. Today, Expotrade events enjoy such a distinctive edge, they are amongst the best patronised in the calendar. For more information, visit www.expotradeglobal.comSuite 1, Level 1, 2 Brandon Park Drive Wheelers Hill VIC 3150 Australia

02-21-2019 | Tourism, Cars, Traffic
Dataforce Verlagsgesellschaft für Business Informationen mbH
Australia – A Dataforce insight
Australia, the land of the Ute (Pickup), Cyber Cars (Dealer volume demos), Novated leasing and annual registrations of around 1.1 million new cars has now become one of the latest markets to enter our portfolio. We are putting together a series of articles to hopefully give some fresh Dataforce insights into the Australian market place, with a firm eye on the True Fleet channel. With a constantly expanding population and
04-11-2018 | Industry, Real Estate & Constr …
Storewall Australia
StoreWALL Launches into Australia
Expand and organise your space with wall-mounted storage solutions from StoreWALL. StoreWALL is a premium wall-mounted storage system for home and business. The range covers wall panels, hooks, baskets, bins, brackets and shelves. Everything you need to efficiently organise and store items in the home or commercial space. With superior materials and construction, our products are built to last. Plus, you won’t find a system that’s easier to install. StoreWALL systems
07-05-2017 | Advertising, Media Consulting, …
ReportsWeb
Coffee in Australia
ReportsWeb.com has announced the addition of the “Coffee in Australia” The report focuses on global major leading industry players with information such as company profiles, product picture and specification. Influenced by the strong café culture in Australia, consumers are increasingly interested in the origins and tastes of their coffee products. Consumers ask more questions about where their coffee is from and this is reflected in the strategic plans of large companies.
06-08-2017 | Business, Economy, Finances, B …
ReportsWorldwide
Agrochemicals Market in Australia
ReportsWorldwide has announced the addition of a new report title Australia: Agrochemicals: Market Intelligence (2016-2021) to its growing collection of premium market research reports. The report “Australia: Agrochemicals: Market Intelligence (2016-2021)” provides market intelligence on the different market segments, based on type, active ingredient, formulation, crop, and pest. Market size and forecast (2016-2021) has been provided in terms of both, value (000 USD) and volume (000 KG) in the report. A
02-13-2017 | Business, Economy, Finances, B …
ReportBazzar
Cheese in Australia
Australian consumption of cheese remains buoyant with increasing demand for better quality cheese and a move away from processed cheese. In particular, cheese retail value grew 2% in current terms in 2016, up from 1% in 2015. Positive research, in recent years, on the benefits of dairy fats also contributed to increasing demand for full fat cheese. Demand for cheese was also partly fuelled by Australian consumers enjoying cheese, especially
06-09-2016 | Politics, Law & Society
ECOVIS AG Steuerberatungsgesellschaft
Australia – An Innovative Agenda?
Australia’s government tightens foreign investment laws for housing and land and introduces a National Innovation and Science Agenda to encourage innovation in business and schools. The second half of 2015 saw significant changes to Australia’s foreign investment framework come into effect, along with the government making an innovation statement which committed $1 billion over the next four years to foster and develop new ideas and new businesses in Australia. To near
Comments about openPR
Your portal is fast, simple, and easy to use. Others may have more functions but they also demand more editing time, you have to preformat the text in order to achieve a good result etc. I think openPR is really fantastic!
Andreas Knepper, wallmedien AG