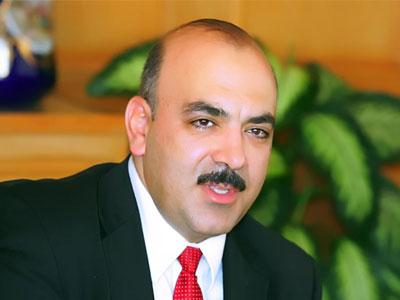 Encompassing web portal focuses on oil and gas market outlook, energy geopolitics, energy security and more.Dr. Anas F. Alhajji, a highly-respected energy economist, researcher, writer and speaker with more than 900 papers, articles and columns to his credit, has launched a new website that continues his focus on oil and gas market outlook, energy geopolitics, energy security and the impact of disruptive technologies on the supply and demand of energy. Aptly located at www.AnasAlhajji.com, the new all-encompassing web portal is conveniently divided amongst sections including an eye-opening Home page, Bio, Publications, Media, Presentations, Speaking, Resources and Contact. Prior to his recent role as a Managing Partner at Energy Outlook Advisors LLC, Alhajji was the former Chief Economist of NGP Energy Capital Management, where he led the firm’s macro-analysis efforts of the oil, natural gas and related markets as well as the overall economic environment. Here, he was responsible for the short-term and long-term outlook for the natural gas, oil, NGL and LNG sectors, never losing sight of his beginnings as an academic at such institutions as the University of Oklahoma, Colorado School of Mines and Ohio Northern University, just to name a few.“My articles have appeared in various outlets in numerous countries in more than 10 languages, and my work has been cited by over 60 books – but I still remain a humbled and morally-grounded individual just looking to do what’s right in the all-important energy sector,” explains Alhajji. “The agency behind my new website must be applauded for the way the pages vividly showcase the focus on the oil and gas markets, geopolitics with regard to energy and the way disruptive technologies indeed impact the supply and demand of energy.”During his impressive tenure, Alhajji had addressed numerous companies, institutions and national – and even international – organizations and also serves on the board of several energy-oriented publications. He is a contributing editor for one of the industry’s premier publications, World Oil, and is the moderator of the industry’s oldest virtual forum, Oil, Gas & Energy Law (OGEL).One of the more popular articles Alhajji recently wrote, entitled “The Perilous Fantasy of Energy Independence,” concentrated on the “paradox of today’s quest for energy independence;” as Alhajji sees it, pursuing independence actually increases energy insecurity. In this piece, the economist says the biggest threats to the world’s energy security are not coming from terrorism groups or embargoes by oil-producing countries – rather, the primary threat to the long-term sustainability of energy supplies is the mismatch between investment in additional capacity and energy infrastructure on one hand, according to Alhajji, and growth in demand for energy on the other.“Major oil exporters could respond in a variety of ways to political posturing on energy, most of which would exacerbate rather than ameliorate the global energy situation,” he explains. “One of the most plausible scenarios in response to calls by governments and politicians around the world to reduce or even eliminate dependence on oil is a relative decline in investment in additional production capacity in the oil-producing countries.”Visitors to AnasAlhajji.com can be kept abreast of speaking engagements, recent news and posts and can even sign up to receive the economist’s newsletter.More information about energy economist, writer and keynote speaker Anas Alhajji can be obtained by visiting www.AnasAlhajji.com.Dr. Anas F. Alhajji, a highly-respected energy economist, researcher, writer/speaker with more than 900 papers, articles and columns to his credit.115 Richardson Ct, Suite A1 Allen, TX 75002 Phone: 469-441-4678

07-06-2017 | Industry, Real Estate & Constr …
Click4corp
CLS Equipment Co. Announces It’s New Web Site!!!
CLS Equipment Co. Makes Browsing Sewer Equipment Online Easier For any business to thrive in a digital age, it needs to have a strong online presence. Consumers are increasingly going online to companies’ websites to learn more about their products and services before choosing them. This is why it has become essential for all different types of businesses, including sewer equipment companies, to have websites that are user-friendly and visually-appealing. CLS
06-07-2017 | Advertising, Media Consulting, …
Click4corp
Click4Corp Ranked Number 2 in US for Best SEO Companies by 10seos
Allen, TX – June 5, 2017 – Click4Corp, a Dallas digital marketing agency providing advanced services such as web design, SEO ranking (search engine optimization), web development and more, has been ranked number two in the U.S. for Best SEO Companies by 10seos (10seos.com), a reviewing agency striving to find the best SEO firms in the world. Click4Corp was recognized by 10seos for its provision of digital marketing tools to
03-31-2017 | IT, New Media & Software
Click4Corp
Buy or Sell Your Dream Homes with The Blair Group
Trust Only the Real Estate Experts in Dallas, TX The Blair Group are real estate experts who have invested in actualizing the dreams of their potential clients in either buying or selling homes. Important life decisions like these may intimidate you, but with the Blair Group you will get guidance all the step of the way. Knowledge in all areas of real estate transaction is essential in your decision making and
02-21-2017 | Business, Economy, Finances, B …
Click4corp
The Magnificent Story of a Roofing Couple: Texas Roofing and Management Inc’s …
As Texas Roof Management, Inc. raise their glasses to celebrate two decades of successful business, they look back at the journey began by Wayne Awtrey, the founder. The company has been delivering innovative solutions and quality work safely for your commercial roofing needs. Texas Roofing and Management, Inc. began with a primary goal. The goal was to deliver quality and unequalled service while at the same time minimizing damage to

09-28-2020 | Energy & Environment
Texas Independent Producers and Royalty Owners Association
TIPRO Welcomes New Chairman, Board Members - Top Energy Policymakers, Oil & Gas …
September 28, 2020 Austin, Texas -- The membership of the Texas Independent Producers & Royalty Owners Association (TIPRO) last week approved Brent Hopkins as the organization's new chairman of the TIPRO Board of Directors, effective immediately. Hopkins was confirmed as TIPRO's chairman during the organization's 2020 virtual conference, held on Thursday, September 24. He will succeed Eugene Garcia in the leadership role, who had served as TIPRO's chairman since 2018.
Comments about openPR
Your portal is fast, simple, and easy to use. Others may have more functions but they also demand more editing time, you have to preformat the text in order to achieve a good result etc. I think openPR is really fantastic!
Andreas Knepper, wallmedien AG