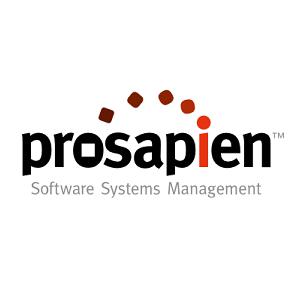 Leading EHS software provider on SharePoint and Office 365 Pro-Sapien has demonstrated its commitment to fairness and equality by taking the Scottish Business Pledge. The Scottish Business Pledge is a partnership between Government and business, in which businesses pledge to up to 9 components. Pro-Sapien has committed to all 9 components The Scottish Business Pledge is a partnership between Government and business, in which businesses pledge to up to 9 components. Pro-Sapien has committed to all 9 components, which include:1. Paying the living wage 2. Not using exploitative zero hours contracts 3. Supporting progressive workforce engagement 4. Investing in Youth 5. Making progress on diversity and gender balance 6. Committing to an innovation programme 7. Pursuing international business opportunities 8. Playing an active role in the community 9. Committing to prompt paymentAs of February 2017, 334 Scottish businesses had signed up to the Business Pledge which represents 0.2% of Scotland’s registered business base. Of this 334, Pro-Sapien is one of 112 companies that are already fulfilling at least eight elements of the pledge. As an IT company, Pro-Sapien is part of an industry that struggles with gender imbalances. In the UK just 13% of computer science students are female . Pro-Sapien has always maintained the position that it hires the best person for the job and as part of this aim is proud to commit to making progress on a balanced workforce, particularly through the company’s investment in youth. In other business areas such as Marketing, the Pro-Sapien workforce is currently 50/50 female/male. Murray Ferguson, Commercial Director at Pro-Sapien said: “Since day one Pro-Sapien has always been committed to providing employees with a great place to work. By taking the Scottish Business Pledge, we hope to formalise our ambitions of equality, fairness and productivity. We are also proud to be part of Scotland’s exporters community, with 75% of new business coming from out with the UK. We look forward to continuing to pursue the nine components of the SBP as the company grows.” Product innovation, research and development, one of the SBP pledges, will be key to Pro-Sapien’s growth in 2017/2018 as the company increases exports and significantly expands its development team.The Scottish Business Pledge can be taken by any registered business in Scotland that pays the living wage (£8.34) or above, that already meets at least two other components, and that can commit to all other elements of the pledge in order to “bring your business to a different level.”Pro-Sapien specializes in providing tailored Environmental, Health, Safety and Quality (EHSQ) management software on SharePoint and Office 365 for some of the world's largest organizations. Developed with high risk and heavily regulated sectors in mind, Pro-Sapien’s award-winning HSEQ Innovate software harnesses the Microsoft SharePoint or Azure/Office 365 based platforms to support business processes, manage forms and produce reports.With an international client base, the Pro-Sapien team works across a number of sectors including Aerospace and Defence, Engineering, Manufacturing and Oil and Gas.69 West Nile Street Glasgow G1 2LT

02-16-2021 | IT, New Media & Software
Pro-Sapien
Pro-Sapien upgrades workflow technology to Azure Functions for faster, easier to …
Pro-Sapien, provider of EHS software on Office 365, is pleased to announce an upgrade to the software’s workflows. Previously, the application used the latest version of SharePoint workflow to run processes such as task notifications and updating the status of forms. Now, Pro-Sapien is moving to a combination of Azure Functions, Azure Queues and Azure Logic Apps. For users, the upgrade means: - Faster processing of tasks and notifications, nearly instantaneously -
09-15-2020 | IT, New Media & Software
Pro-Sapien
Pro-Sapien enhances Action Manager module with several new feature releases
Pro-Sapien, provider of enterprise EHS software on Office 365, has announced several updates to the core Action Manager module. The Action Manager module is a key tool deployed in all Pro-Sapien implementations. It integrates with most Pro-Sapien optional modules and gives clients the ability to also manage standalone tasks. The new updates include: • Add actions at any workflow stage on integrated forms (e.g. Incidents, Audits, Inspections, Risk Assessments, NCRs, Observations), not just at
11-01-2017 | IT, New Media & Software
Pro-Sapien
November sees the launch of the second Incident Management Month #IMM2017
November 2017 sees the launch of the second annual Incident Management Month by enterprise SharePoint EHS software providers Pro-Sapien. The campaign aims to highlight the importance of improving workplace safety by promoting a culture of thorough incident management and reporting. In the UK during 2015/2016, there were 621,000 non-fatal injuries at work (10, 000 more than the previous year). 152,000 of these injuries led to over 7 days absence, meaning that
03-15-2017 | IT, New Media & Software
Pro-Sapien
Pro-Sapien launches new, easy to use and modernized website
Leading EHS software provider on SharePoint and Office 365 Pro-Sapien has launched its new corporate website, with an enhanced user experience making it easier than ever to find the information you need. The decision was taken to completely redesign the outdated website in order to enhance user experience. Visitors can now navigate through pages with a clear view of the path they are taking. Key changes include but are certainly not

07-06-2012 | Business, Economy, Finances, B …
Trust Deeds Scotland
More Scottish Women Need Trust Deed Help
The double dip recession combined with the government austerity cuts has led to serious unemployment levels across Scotland. As the level of unemployment rises, so do personal debt levels, as more people start to rely on credit to cover their expenses. Parenting website, Netmums, recently conducted a survey which found that more women are facing debt problems whilst trying to support their family. The research involved some 2000 women with
10-06-2008 | IT, New Media & Software
Scottish Open Source Awards
Rewarding Scottish Open Source
The 2008 Scottish Open Source Awards is now open for nominations. As we talk around we are hearing of Open Source initiatives in Scotland that are outside of the seen Open Source community. It would be great to draw some of these projects out into the open, and celebrate the hard work that has gone into them. In 2007, the first year of the Awards, we presented the Scottish
05-05-2008 | IT, New Media & Software
Qube Global Software
Scottish and Newcastle Pub Enterprises Updgrade Horizon
Scottish & Newcastle Pub Enterprises (SNPE) have chosen to upgrade to the newest version of Horizon to ensure that the rationalisation of processes continues to result in increased efficiency. Scottish & Newcastle Pub Enterprises is the leased pub division of Scottish & Newcastle UK and operates over 2000 pubs in partnership with individual business people throughout the UK. S&N Pub Enterprises is recognised as being the leased pub company of
10-16-2007 | IT, New Media & Software
Scottish Open Source Awards
Scottish Open Source Awards announce Partnership with Scottish Software Awards
Partnering with the Scottish Software Awards is great news for The Scottish Open Source Awards. Among the benefits of the Partnership are the great strengths of the Scottish Software Awards experience of organising awards (this is their 5th year). The Scottish Software Awards are organised by Targeting Innovation and Straightline Publishing. Targeting Innovation provides technology and business management consulting services and project management for the public sector and is based
08-01-2007 | IT, New Media & Software
Scottish Open Source Awards 2007
Launch of Scottish Open Source Awards 2007
Open Source is probably the most disruptive movement in IT since the mass adoption of the Internet. Open Source Software is responsible for running more websites and delivering more email than any other software worldwide. The Scottish Open Source Awards is part of a strategy to promote the use and awareness of Open Source in Scotland and to reward those individuals and organisations playing an outstanding part
03-29-2007 | Leisure, Entertainment, Miscel …
San Diego Golf Academy
SDGA Alumni Teeing Off for Scottish Tour
San Diego Golf Academy announces its graduates are preparing to tee off for the inaugural SDGA Alumni Golf Tour to St. Andrews, Scotland March 27, 2007 SCOTTSDALE, AZ. - The golf industry's premier golf college, San Diego Golf Academy (SDGA) announces its graduates are preparing to tee off for the inaugural SDGA Alumni Golf Tour to the ancestral home of golf - St. Andrews, Scotland. The seven-day, six-night golf tour is
Comments about openPR
Your portal is fast, simple, and easy to use. Others may have more functions but they also demand more editing time, you have to preformat the text in order to achieve a good result etc. I think openPR is really fantastic!
Andreas Knepper, wallmedien AG