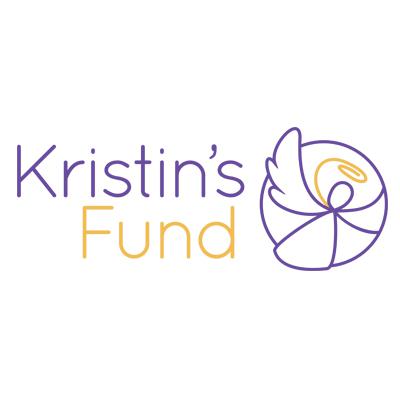 It was a night to remember on March 11th as members of the Quadsimia team attended the 1st annual Kristin's Fund Gala at Turning Stone Resort & Casino. The gala, honoring Kristin Palumbo Longo, included a sit-down dinner, dancing to the Billionaires, a silent auction featuring sports memorabilia, New York Yankees tickets and photo op, a luxury raffle, and more. The evening also included internationally acclaimed TED speaker and co-founder of A Call to Men, Tony Porter, the keynote speaker of the event who talked about his own personal experiences and how we can change our thinking regarding men and their disrespect, mistreat, and abuse of women as well as each other. In addition to the keynote speech were the appearances and support of NFL defensive linemen Michael Bennett of the Seattle Seahawks, Michael Iupati of the Arizona Cardinals, and Joel Bitonio of the Cleveland Browns.Kristin's Fund was created on behalf of Kristin Palumbo Longo, who tragically lost her life to domestic violence in 2009. Kristin's Fund focuses on the importance of educating our children to give them the knowledge they need to build the foundations for healthy relationships, as well as providing a sustainable funding source for prevention education. Quadsimia worked with Kristin's Fund to develop a responsive website which allows visitors to donate easily online, as well as find information to educate and raise awareness. The website features our easy-to-use content management system qDynamo- allowing its users to quickly update information and photos. In addition to building a responsive website, Quadsimia offered our graphic design services, creating the trademark Kristin's Fund logo. Our social media team developed a custom social media strategy, utilizing Facebook, Instagram, and Snapchat to raise awareness of both the fund and gala.For years Kristin's family has been waiting for the right opportunity to use Kristin's story to impact the community in a positive manner. Recent reports show that rates of domestic violence in Oneida County are higher than the state average. Reports also show that in rural areas such as Herkimer County, underreporting domestic violence is a prevalent issue due to a number of factors such as lack of awareness, isolation, and tightly-knit community ties. On average, nearly 20 people per minute are physically abused by an intimate partner in the United States. In one year, that equates to more than 10 million women and men. One in 15 children are exposed to intimate partner violence each year, and 90% of these children are eyewitnesses to this violence.Kristin's Fund's goal is to end the cycle of violence.To learn more about Kristin's Fund, or to donate, please visit www.kristinsfund.com.Quadsimia's operations are headquartered in scenic Central New York, but we apply the latest technologies to reach beyond our geographic location to clients around the globe. We have years of experience in website design, development, social media marketing, search engine optimization, engineering, software development, computer science, system analysis and integration, graphic design and multimedia.587 Main Street, Suite 200 New York Mills, NY 13417

12-21-2020 | Advertising, Media Consulting, …
Vision Movies
Miami Beach Pride Taps Vision Movies, LLC to Create Content for Its Charity Even …
Miami video production company Vision Movies, LLC (visionmovies.com) has been tapped by Miami Beach Pride to produce original content for its upcoming “QUEER-A-THON Variety Show & Silent Auction”. The show, ​a fundraiser to keep the organization operational, will stream across multiple platforms on December 19 at 7pm. Leaning into the variety show nature of the show, Vision Movies, LLC produced two hilarious PSAs to save Miami’s drag queens and another
12-27-2018 | Arts & Culture
The Authors Show
Book Marketing Announcements: The Authors Show Lineup For The Week Of December 2 …
Don McCauley of the Free Publicity Focus Group and Danielle Hampson, Executive Producer of The Authors Show, founders of The Authors Marketing Powerhouse, have announced The Authors Show radio and broadcast schedule for the week of December 24, 2018. The new show schedule is available at the Authors Show site. For those who hope to sell books on the Internet, the challenge can be daunting. It can be confusing difficult, time
01-19-2017 | Leisure, Entertainment, Miscel …
SeekingSitters Franchise System, Inc.
Who’s Watching the Kids on Valentine’s Day?
New Franchise Owner Introducing Full Service Sitting Referral Company in Houston. SeekingSitters has in-house private investigators that screen all professional sitters Houston, TX – Finding safe, reliable childcare no longer has to be a struggle for parents in Houston this Valentine’s Day! Valentine’s Day is one of the most requested nights of the year for babysitters. That’s why Kristin Jarecki is recommending parents in Houston begin searching now to
12-22-2010 | Advertising, Media Consulting, …
Snap Promotions
Snap Promotions Releases Promotional Products and Gifts Site
Snap Promotions announces the launch of their new website and online promotional products catalog, the Promotional Items Company. "This new website is the first in a series of online resources we're planning to launch over the next few years," says Kristin Eldridge, president of Snap Promotions. "We're very pleased with our new online catalog." Featuring more than 10,000 products, http://www.PromotionalItemsCompany.com offers everything from apparel to promotional pens. "The broad range of products
11-09-2010 | Advertising, Media Consulting, …
Snap Promotions
Most Popular Tech Oriented Promotional Gifts from Snap Promotions
Snap Promotions has released a list of their top ten tech-oriented promotional holiday gifts. "These techie gifts are a great way to build brand loyalty with younger consumers," explains Kristin Eldridge, president of Snap Promotions. "These gifts can be decorated with a company's logo, and given to prospective customers and employees alike. They also make great thank you gifts for your best clients." Snap Promotions list of their most popular techie
12-07-2009 | IT, New Media & Software
Datacore Consulting
Datacore Consulting Expands Marketing Department
Datacore Consulting, a premier Managed Service Provider, is proud to announce the hiring of Kristin Cavanagh, a Cleveland area native and recent graduate of the University of Toledo, as their Marketing Manager. Kristin holds a degree in communication and public relations and was also a leader in marketing campus organizations at the University of Toledo. These skills will allow Kristin to play a crucial role at Datacore by taking
Comments about openPR
OpenPR is clearly structured and remains true to its principle of confining itself to the essential parts. OpenPR has proven to be a very good and reliable partner to our media agency: Within the shortest time the releases are online and go down well with the media representatives. The success of OpenPR is reflected in the steadily increasing number of press releases. It is good that OpenPR exists!
Ursula Koslik, Director Marketing & PR, F+W Hamburg