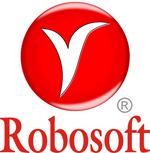 Participation to help highlight the opportunities on the Mac and iPhone 3G platform to Casual Game developers and publishersNew Udupi, July 09, 2008 – Robosoft Technologies, a leading Mac development house, will showcase their Casual Game development services for Mac and iPhone at Casual Connect, Seattle from 23rd to 25th July. Casual Connect is premiere event for the Casual Games industry with over 3,000 professionals attending Casual Connect Events each year. It brings together the most talented and knowledgeable experts in the Casual gaming field to further the Casual Games industry. Recent growth in the Mac market and the release of iPhone 3G gives developers and publishers an opportunity to expand beyond their core target platforms. The Mac’s market share has increased by nearly 32% in the last year and it is predicted to double in the next three years. And the release of iPhone 3G is going to create unique opportunities for creative developers to experiment with unique iPhone features like Accelerometers and Core Location services (GPS)“The Mac platform is starved for quality titles”, said Rohith Bhat, MD & CEO of Robosoft. “In our role as a full-service provider for Mac and iPhone, we encourage and assist Casual Game developers and publishers in developing innovative Casual Games for the Mac/ iPhone as well as porting the best-selling Casual Games from other platforms to the Mac and iPhone”.With an impeccable track record, satisfied customers and more than a decade of experience in the Macintosh space, Robosoft has established itself as a market leader in porting games to the Mac. Robosoft has ported AAA titles to the Mac platform, which include ‘The Movies’ – which won the BAFTA award for the Best Simulation Game and other hit titles like ‘Tomb Raider Anniversary’, ‘LEGO Star Wars II’, ‘Fable: The Lost Chapters’, to name a few. All trademarks and copyrights contained herein are the property of their respective holders.For More Information: Rohith Bhat Robosoft Technologies Cell: +91-94484-96677 eFax: +1-509-2725233 Email: rohith@robosoftin.com www.robosoftin.com/iphoneAbout Robosoft Robosoft is a leading outsourced software development services company based out of India. With a track record of continuous collaboration with more than 40 clients worldwide, Robosoft is an ideal partner for companies looking at developing a Mac/ iPhone version of their product. Robosoft offers the assurance of mature software engineering processes and has an impeccable record of respecting Customer IP.

You can edit or delete your press release Robosoft to Showcase its iPhone Game Development services at Casual Connect, Seattle here

07-26-2016 | IT, New Media & Software
fournova Software GmbH
fournova releases Tower 2.4 for Mac
Today, fournova announces the release of Tower 2.4. With version control being an essential tool in today’s web and software world, the popular Mac Git client has become a fundamental part of the tool chain in teams large and small. One of Tower’s advantages is its integration with the most popular Git hosting services. Users have access to these right out of the box. The new version adds new platforms to
07-12-2016 | IT, New Media & Software
Persistence Market Research Pvt. Ltd
PC/Mac Gamer and PC/Mac Gaming Peripheral Market: North America is the largest m …
A gamer is someone who takes part in interactive gaming such as PC/Mac games. PC/Mac gamer can be bifurcated into 3 categories such as hardcore gamer, enthusiast gamer and casual gamer. View Sample Report: http://www.persistencemarketresearch.com/samples/3247 Hardcore gamers are someone who spends lot of time on PC/Mac games. Hardcore gamers are technology savvy and have the latest gaming peripherals. Enthusiast gamers are someone who has very keen interest in the games but
07-06-2016 | IT, New Media & Software
AnyDesk Software GmbH
Remote Desktop for the Mac
AnyDesk publishes first public beta for macOS Stuttgart, 07 July 2016 – AnyDesk, the remote desktop software specialists (www.anydesk.com), are for the first time presenting a Mac version of their solution of the same name. The public beta can now be downloaded for macOS, supplementing the existing Windows and Linux versions. This software enables users to conveniently control a computer via the Internet by remote access. For example, AnyDesk can be
08-26-2013 | IT, New Media & Software
Michael Zapf Software
XML Notepad for Mac released
The XML Notepad for Mac OS X is released at the AppStore. XML editing the easy way. If you are looking for an easy. lightweight and convenient xml editor, this is the right tool for you. Editing a xml file is no rocket science anymore. You don’t need to have developer skills anymore to edit xml files. Don’t be afraid. Note: This is not an swiss army knife for XML. There is no overhead with XPath
08-18-2011 | IT, New Media & Software
BeamYourScreen
Mikogo Mac Software Now Available for Mac OS X Lion
With the release of an update to its Mac software, Mikogo has made its cross-platform desktop sharing software compatible for use on Apple's latest operating system, Mac OS X Lion. Mannheim, GERMANY August 18, 2011 – Mikogo, the free cross-platform remote desktop solution, has released an important update for its Mac software making it compatible with the latest Apple operating system, Mac OS X Lion (version 10.7). Apple only recently released
08-18-2008 | IT, New Media & Software
Robosoft Technologies
Robosoft ports Battlestations Midway to the Mac
The worldwide release of Battlestations Midway for the Mac continues the run of top games ported to the Mac by Robosoft New Udupi, Aug 14, 2008 – Robosoft today announced its latest work in porting Battlestations Midway game to the Macintosh platform. The title reinforces Robosoft’s commitment to being a market leader in porting the best-selling AAA titles from PC/ Consoles to the Mac platform. Using a combination of OpenGL and
Comments about openPR
I can't but agree to the positive statements about your portal: easy to use, clear layout, very good search function, and quick editing!
Jens O'Brien, Borgmeier Media Communication