Applications of CRISPR Technologies in Research and Industry


Press release from: German Center for Research and Innovation 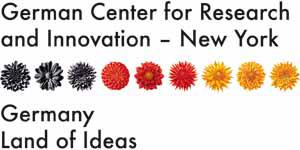 On March 30, 2017, a distinguished panel from academia and industry will discuss some of the applications and challenges of CRISPR technologies. The panel discussion will take place at the German Center for Research and Innovation (GCRI) in New York. Few discoveries have attracted more attention in the area of molecular biology over the last three years than CRISPR-Cas9, a relatively new technology that is groundbreaking, controversial and developing rapidly. Science Magazine featured CRISPR-Cas9 on its cover in 2015, calling it a "breakthrough," and MIT Technology Review called it the "biggest biotech discovery of the century." The technology makes gene editing simple, affordable, and precise. At present, scientists are exploring the potential of CRISPR-Cas9 to cure a host of human diseases. These tools are also being used to expedite crop and livestock breeding, engineer new antimicrobials and control disease-carrying insects.This program is being funded in part by a grant from the Delegation of the European Union to the United States.The members of the panel include:Dr. Paul Bernasconi, Director of Molecular Biology Manager for RTP Plant Science Research Site at BASF will talk about the application of CRISPR in plant research. Prof. Dr. Branko Zevnik, Head of in vivo Research Facility at CECAD Cologne will discuss the history of CRISPR/Cas and how it revolutionized genetic engineering. He will also talk about how the method is applied in his lab and will show some mouse models that can be applied in translational medicine.Dr. Ghassan Yehia, Scientific Director, Genome Editing Core Facility Rutgers, the State University of New Jersey will provide examples of how CRISPR is used at Rutgers and what other applications (in humans) this technology will be used for.Dr. Benedikt Bosbach (Moderator), Researcher, Oncology Target Discovery Program, Pfizer The event will take place on Thursday, March 30, from 6:30 to 8:30 p.m. at the German Center for Research and Innovation (871 United Nations Plaza, First Avenue, between 48th & 49th Streets).The German Center for Research and Innovation provides information and support for the realization of cooperative and collaborative projects between North America and Germany. With the goal of enhancing communication on the critical challenges of the 21st century, GCRI hosts a wide range of events from lectures and exhibitions to workshops and science dinners. Opened in February 2010, GCRI was created as a cornerstone of the German government’s initiative to internationalize science and research and is one of five centers worldwide.Edwin Linderkamp |German Center for Research and Innovation 871 United Nations Plaza |New York, NY 10017 (212) 339-8606 X302 press@germaninnovation.org

More Releases from German Center for Research and Innovation