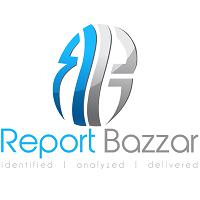 Cling films are the plastic coatings found in the food packaging. Cling films has globally transformed the packaging in food and beverages market, owing to the increasing need for innovative packaging solutions in the food & beverage industry. Cling films are the soft plastic wraps of polyvinylidene chloride (PVC). Cling film coating is preferred as it majorly contributes to the health and hygiene of the food article, also preventing it from contaminants and preserving it. Furthermore, the cling films are considered as a cost effective way for food presentation. The global cling films market is expected to register a healthy growth rate during the forecast period. The global cling films market is primarily driven by the eminent properties of cling films, which in turn is augmenting the demand for cling films in food and beverage industries. Cling films are permeable to water vapor and oxygen, which in turn extends the shelf life of the product or increases the peak freshness of the wrapped food articles. Cling films are now an indispensable non-food item for the food and beverages industry. Cling film being smooth surfaced will cling on to some of those surfaces which are smooth and thus can remain tightly fixed over the opening of the container without any use of adhesives. On the plus side, the cling films can keep the food articles moist in the fridge without any flavor and odor loss. Cling films can be ideally used to wrap sandwiches, leftover food, cover plated meals or fruits in a basket while travelling and to preserve food on a general note. The above mentioned factors are anticipated to drive the demand for global cling films market.Request For Report Sample@ http://www.futuremarketinsights.com/reports/sample/rep-gb-2654The cling films are available in 8 micron, 9 micron and 10 micron thickness. The cling film’s application is based on thickness of the film. Also, it is available in 60,70,80,90,100,115 and 150 Gauge. They are used based on the strength and capacity of the film to carry the product. Cling films are segmented into two forms namely Cast cling film and Blown cling film. The cast cling film is made from a continuous melting procedure of a thermoplastic and extracted from a flat die on a chill roll. This has a good clarity and a good tear resistance. It is comparatively less expensive. The blown cling film is manufactured using blow extrusion process. It is tougher and more resilient than cast cling film. It can take higher loads as compared to cast cling film. But blown cling film has poor clarity and is more expensive than cast cling film.However, there are some disadvantages of cling films that can hamper the product wrapped which includes, low resistance of cling films to extreme weather, rough transport, and extreme temperature. The above mentioned factors might hamper the growth of global cling films marketRequest For TOC@ http://www.futuremarketinsights.com/toc/rep-gb-2654The major end users of global cling films market are food and beverages, chemical, animal feeds and pharmaceutical companies. Cling films market is prominent in North America followed by Europe and Asia Pacific. The cling films market is slowly gaining phase in the Middle East, Africa and Latin America markets and is expected to account significant shares in the global cling films market over the forecast period. Some of the key players identified in the global cling films market includes Graco Adhesives, Anchor Packaging, Berry Plastics, AEP Industries Inc., Bemis Company Inc., Dow Chemical Company, FUJI Seal International Inc, Intertape Polymer Group Inc. and E I du Pont de Nemours and Co.Future Market Insights (FMI) is a leading market intelligence and consulting firm. We deliver syndicated research reports, custom research reports and consulting services, which are personalized in nature. FMI delivers a complete packaged solution, which combines current market intelligence, statistical anecdotes, technology inputs, valuable growth insights, an aerial view of the competitive framework, and future market trends.616 Corporate Way, Suite 2-9018, Valley Cottage, NY 10989, United States T: +1-347-918-3531 F: +1-845-579-5705 Email: sales@futuremarketinsights.com Website: www.futuremarketinsights.com