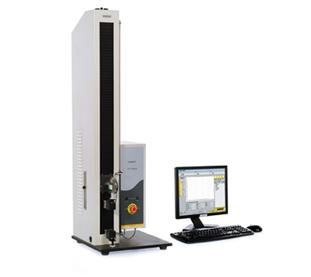 Yogurt is a food produced by bacterial fermentation of fresh milk. A large amount of protein, fat, vitamin and various beneficial bacteria are contained in the yogurt, which are easy to be digested and absorbed by the human body. Since the yogurt has a very short shelf life, the packaging material used for the yogurt shall have sufficient barrier property to avoid oxidization of those nutrients. There are various forms of yogurt packages including prepak, tetra pak and plastic cup.Aluminum plastic composite film is usually used as the cover of plastic cup for yogurt because of its high barrier property. However, if the compound strength (which is measured by peel strength)of the multiple layers of the composite film is insufficient, delamination may occur to the cup cover, which may cause inconvenience to the customer. Therefore, it is necessary for the food manufacturers to strengthen the test of compound strength of plastic cup cover for yogurt. This article provides a test method of compound strength of plastic cup cover for yogurt for your reference, which may be helpful to those manufacturers that need monitor the compound strength of aluminum plastic composite film they use for plastic cups for yogurt. Labthink’s XLW (EC) Auto Tensile Tester is used as the testing instrument to test the peel strength of the aluminum plastic composite film used for cup cover of yogurt. The tests can be performed in the following procedures. Cut 5 pieces of specimens alongside the transverse direction and machine direction of the sample material, respectively. The width and length of the specimen should be 15mm and 200mm, respectively. Peel all the 10 specimens from one end by about 50mm. Clamp the two ends of the separated part of the specimen with upper and lower sample grips. The longitudinal axis of the specimen shall coincide with the central line of the two sample grips. Set displacement, test speed and other parameters. Then click Start Test to start the test. The system will test and record the force values in the peeling process of the specimens. The final results will be given after all the tests are finished. For more details about XLW(B) Auto Tensile Tester, please visit http://en.labthink.com/en-us/products/test-property/tensile-strength-tester.html About Labthink Instruments Co., Ltd: Labthink Instruments Co., Ltd is one leading supplier of packaging testing instruments, which is headquartered in Jinan, China and operated in Boston, U.S.A.Labthink is a multinational technology company that is devoted to helping customers succeed, employees grow and brands gain respect. The headquarters of Labthink is in Jinan, China; its international headquarters is in Boston, USA; and its SAC IT Center is in Hong Kong, China. The company has more than 50 international distributors and more than 30 international service providers.Labthink International, Inc. 200 River's Edge Drive, Medford, MA, 02155, USA Phone: (+1) 617-830-2190 FAX: (+1) 781-219-3638 Email: sales@labthink.com

05-18-2017 | Health & Medicine
Labthink International, Inc.
How to test the seal performance of black and white PE packaging for liquid milk …
Source: Labthink Instruments Co., Ltd Liquid milk is an important part of many people’s diet. Since a large amount of fat and protein are contained in milk, it is easily oxidized, as a result, the quality of the milk can be compromised within its shelf life. Therefore the packaging materials used for liquid milk are required to have sufficient oxygen barrier property. Moreover, the seal performance of the packaging should meet
05-15-2017 | Health & Medicine
Labthink International, Inc.
Oxygen Barrier Property Test of Plastic Bottles for Dairy Drinks
Source: Labthink Instruments Co., Ltd Dairy drinks are very common consumer products in people’s daily life. Peanut milk, walnut milk and many other beverage containing milk are very popular. Dairy milk is mainly made of fresh milk, which contains a large amount of protein, vitamin and fat. Those nutrients are liable to be oxidized, which should be kept away from light. The packaging materials used for dairy drinks should have sufficient
05-10-2017 | Advertising, Media Consulting, …
Labthink International, Inc.
Heat Seal Strength Test of Composite Packaging for Biscuit
Biscuits are commonly eaten as snack food and are in general, made with wheat flour or oats, and sweetened with sugar or honey. Varieties may contain chocolate, fruit, jam, nuts, ginger and other ingredients. The sealing edges of the packaging bags for biscuit should have proper heat seal strength. To be specific, the seal strength cannot be too high (even higher than the compounding strength), otherwise much difficulties will be caused
05-04-2017 | Health & Medicine
Labthink International, Inc.
How to test the puncture resistance of medical rubber closures?
Source: Labthink Instruments Co., Ltd Rubber closures are very important packaging materials that are usually used in penicillin bottle, syringe, vacutainer blood collection tube and other medical packaging and medical apparatus. The most common materials used for rubber closures include natural rubber and butyl rubber, etc. Since there are differentmolecular structure, composition and manufacturing process of rubber closures, the safety and corrosion resistance may be distinct from each other. Besides, the