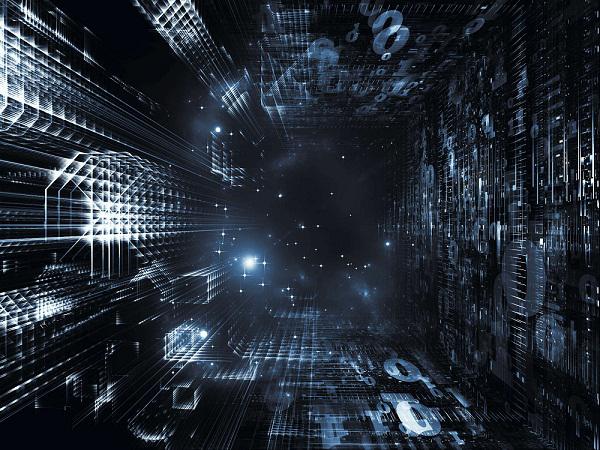 Ken Research has released report on the growth estimates of telecommunications industry in the global market titled, “Belgium: Focus on Improving Internet Connectivity through Fixed and Mobile Broadband to Drive Revenue Growth". The report presents a comprehensive analysis of data corresponding to the telecommunications market in the Belgium. The mobile data and fixed broadband segments have been identified to be the major contributors to the overall revenue growth. It has also been forecasted that the telecommunications market will rapidly grow in the near future complemented with the latest statistics on growth in the report.This report also provides an in-depth analysis procured by the Country Intelligence Report, tapping on areas covering the regional context, economic, demographic and political context, regulatory environment and trends, demand profile, service evolution, competitive landscape, sector analysis of fixed telephony, broadband, mobile voice and mobile data services, and as well as the main opportunities for vendors and investors.INDUSTRY OUTLOOK AND ECONOMIC GROWTHThe telecommunications industry has always been of paramount importance to the economy of the Belgium tapping on innumerable technology-related business sectors. Telecommunications, on elucidation can be unraveled as encompassing the advanced technology-based services including wireless communications, the Internet, fiber-optics and satellites in addition to the traditional areas of local and long-distance telephone service. Telecommunications can also be considered as one of major providers of employment in the world with mobile data and fixed broadband segments being at the core of the Belgium economy.The telecom service revenue of Belgium, in the year 2016 was recorded to be USD 6.8bn (EUR6.3bn) with fixed broadband being the largest contributor to the overall service revenue while gauging 28.9 % of the total revenue along with the anticipation of recording a CAGR of 2.6 % over the years of 2016-2021, followed by mobile data gauging for 26.8 % along with the anticipation of recording a CAGR of 7.3 % over the same period. This growth is estimated to be prompted by the increased acquisition of LTE and M2M revenue. The overall telecom service revenue is also anticipated to reach USD 7.9bn (EUR6.9bn) in 2021 with the major emphasis being on the contribution of the internet access to fixed services revenue expected to grow from the numbers of 63.4% in 2016 to 68.2% in 2021.Being at the core of Belgium economy, the telecom market is still relatively small despite of which it has obtained investment from some of the region’s major players, including Liberty Global and the Orange Group. Alongside, the competitive landscape over the recent years has seen dramatic developments endorsed by regulatory measures which entail cablecos to allow competitors access to their networks which has further led to the Orange Group to acquire the market for providing bundled services offerings which was formerly dominated by Proximus. Moreover, in early 2016, Telenet completed its procurement of the mobile provider BASE from KPN, which resulted to be the major driving force for Telenet in becoming the second largest telco in the country with TV and broadband sectors exerting their strong influence.REASONS FOR GROWTH AND SCOPESeveral major factors can be identified contributing to the growth of telecommunications such as the reposition of business and commercial telephones to VOIP (Voice Over Internet Protocol) services, that is, telephone via the Internet; a switch from landline services to wireless in personal and telephone use ; ascending growth in the amount of data and video accessed via the Internet and over wireless devices for the purposes of information and entertainment; the growing contention between cable and wired services providers and as well as the escalating preference for the use of smart phones over the fixed telephones or PC’s. In addition, several other factors like ingenuity, innovation, cost control, coalition between large companies and a logical approach to spending and investment will boost the development of the telecom industry subsequently.Furthermore, with the progression in the governmental regulations, the business strategies are likely to undergo profound changes. In the same line, the practices of internet carriers in both the US and Europe appear to be majorly controlled by the regulators. All-inclusive of the above mentioned facts and figures, it can be concluded that the continuous technological and economic flux driven by intense competition and new technologies attempts to forge substantial impact over the telecommunications industry.For more coverage click on the link below:https://www.kenresearch.com/technology-and-telecom/telecommunications-and-networking/belgium-focus-improving-internet-connectivity/73655-105.htmlFor similar reportshttp://www.kenresearch.com/technology-and-telecom/telecommunications-and-networking/telecom-industry-business-confidence-report/86331-105.html http://www.kenresearch.com/technology-and-telecom/telecommunications-and-networking/tunisia-4g-network-expansion-fiber-optic/86330-105.htmlContact:Ken ResearchAnkur Gupta, Head Marketing & Communicationsquery@kenresearch.com+91-124-4230204Ken Research is a Global aggregator and publisher of Market intelligence research reports, equity reports, data base directories and economy reports. Our market research reports provides market sizing analysis, insights on promising industry segments, competition, future outlook and growth drivers in the space. The company is engaged in data analytics and aids clients in due-diligence, product expansion, plant setup, acquisition intelligence to all the other gamut of objectives through our research focus.27A, TOWER B-2, SPAZE I TECH BUSINESS PARK, SOHNA ROAD, SECTOR 49 GURGAON, HARYANA - 122001, INDIA

07-07-2017 | Advertising, Media Consulting, …
Research News Today
International players to invert share in Spain, setback for marginal sellers in …
There is a slight decline in the unemployment rate, just after the recovery of Spanish economy. There was encouragement for consumers to buy more luxury goods as there was increase in disposable income due to recovery of modest economy. Over the recovery period, there was change in attributes to spending that occurred and there was reticement about excessive expenditure by Spanish consumers on an average basis. Luxury jewellery has recorded
07-06-2017 | Advertising, Media Consulting, …
Research News Today
Altering social media dynamics and major alliances to amend luxury eyewear trend …
Eyewear refers to anything that is worn to protect the eyes or help in correcting the vision. The people are now frequently having eye examinations and are increasingly becoming aware about their health. This has led to a rise in demand for corrective eyewear. Eyewear is also becoming an essential part of accessories of people. This has also increased the demand for eyewear. Luxury eyewear in order to make a
07-04-2017 | Advertising, Media Consulting, …
Research News Today
Elevating Demand for Beauty and Weight Loss Supplements Coupled with Economic St …
Aging Population leading to increased Prevalence of Chronic Diseases in the Country to Drive Nutraceuticals Market in Japan The demand for beauty and weight loss supplements has been increasing over the years owing to the large number of target audience including people who have little time to eat healthy or spend time in exercising at a gym. Japan is considered as a health, beauty and body conscious society. Moreover, people are
06-30-2017 | Advertising, Media Consulting, …
Research News Today
Kuwait Facility Management Market Outlook to 2021 - Growing Retail Industry and …
Kuwait Facility Management Market Outlook to 2021 - Growing Retail Industry and Upcoming Infrastructure Projects to Drive Market Growth" provides a comprehensive analysis on the facilities management market in Kuwait. The report covers various aspects such as overall size of Kuwait facilities management market size in terms of revenues, Market segmentation of Kuwait facilities management market on the basis of types of services, by integrated, bundled and single services, Business