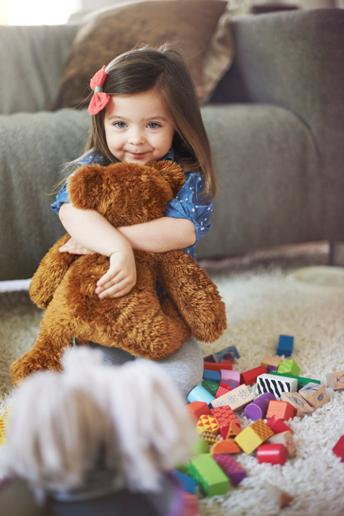 Nepal has enacted a new Toys Standard to regulate the use of certain chemicals in toys. The mandatory standard will come into effect on July 16, 2017. The new standard restricts the following chemicals to the listed limits:• Antimony (Sb) – less than or equal to 60mg/kg • Arsenic (As) – less than or equal to 25mg/kg • Barium (Ba) – less than or equal to 1000mg/kg • Cadmium (Cd) – less than or equal to 75mg/kg • Chromium (Cr) – less than or equal to 60mg/kg • Lead (Pb) – less than or equal to 90mg/kg • Mercury (Hg) – less than or equal to 60mg/kg • Selenium (Se) – less than or equal to 500mg/kg • Zinc (Zn) – less than or equal to 3.75mg/kg • Bromine (Br) – less than 100mg/kg • Bisphenol A (BPA) - prohibited • Phthalates – less than 100mg/kgStakeholders should note, the limits placed upon eight of the nine heavy metals are identical to the soluble elements falling under the toy safety standard – ASTM F-963 ‘Standard Consumer Safety Specification for Toy Safety’. The final heavy metal listed, zinc, has a limit of no more than 3.75 mg/kg.The new standard was announced in a press release from the Nepal Center for Public Health and Environmental Development (CEPHED) in January 2017. According to a translation of the Notice of Ministry of Population and Environment (MOPE) in the Nepal Gazette by the International POPs Elimination Network (IPEN), toys are defined as items used for play by children age 0-16 years. They include:• Collectibles, construction sets • Dolls and miniatures • Electric and educational toys • Flying, scrolling and walking vehicles • Promotional merchandise and puzzlesThe new mandatory toys standard also sets the analytical methods to be used for many of the restricted chemicals. These include:• X-Ray Fluorescence (XRF) or Atomic Absorption Spectrometer (AAS) for heavy metals • High Performance Liquid Chromatography (HPLC) for BPA • Gas Chromatography Mass Spectrometry (GCMS) for phthalates The standard requires toy manufacturers in Nepal to undergo batch testing. Toys which are imported into Nepal, must be accompanied by a testing certificate relating to each batch of toys.The Toys Standard will become effective on July 16, 2017; 181 days after publication of the Gazette Notice.SGS Toys & Juvenile Product Services With a global network of laboratories, SGS provide the full-range of services, including analytical testing and consultancy for restricted substances in toys, for Nepal and international markets. Learn more about SGS’s Toys & Juvenile Product Services (www.sgs.com/en/consumer-goods-retail/toys-and-juvenile-products) SGS SafeGuardS keep you up to date with the latest news and developments in the consumer goods industry. Read the full Nepal Sets Standard for Chemicals in Toys SafeGuardS. (www.sgs.com/en/news/2017/03/safeguards-03417-nepal-sets-standard-for-chemicals-in-toys) Subscribe here, www.sgs.com/subscribesg, to receive SGS SafeGuardS direct to your inbox. For further information contact:Hing Wo Tsang Global Hardlines Information and Innovation Manager Tel:(+852) 2774 7420 Email: cts.media@sgs.com Website: www.sgs.com/hardlinesAbout SGS SGS is the world’s leading inspection, verification, testing and certification company. SGS is recognized as the global benchmark for quality and integrity. With more than 90,000 employees, SGS operates a network of over 2,000 offices and laboratories around the world.1, Mons Calpe Chitcombe Road Broad Oak Rye East Sussex TN31 6EU

01-17-2023 | Business, Economy, Finances, B …
SGS
SGS Announces Complementary Webinar to Help Businesses Navigate Post-Brexit Euro …
SGS, the world's leading testing, inspection and certification company, has announced a webinar to help companies operating in European personal protective equipment (PPE) markets understand the implications of Brexit and the best route towards compliance. "Personal Protective Equipment: overview of EU and UK requirements" will be offered in two sessions on February 9, 2023, at 10.00 CET and 16.00 CET. It is aimed at operators throughout the PPE value chain, including
01-11-2023 | Energy & Environment
SGS
Patented pest management products now available direct from manufacturer
In 2023, IPS is taking a new pathway in the distribution of the company's flagship products. It is now possible to purchase the CLTab and SPTab solutions under the Insectrac brand name directly from IPS, the manufacturer. The company behind these unique products is International Pheromone Systems a customer-orientated company with 35 years of experience in developing, producing, and supplying high-quality insect pheromone and kairomone formulations and associated trapping systems to a
03-15-2022 | Business, Economy, Finances, B …
SGS
Frank Kempe newly appointed Global Softlines Technical Manager at SGS gains sele …
SGS, the world's leading testing, inspection and certification company, is pleased to announce that Frank Kempe has been appointed Global Softlines Technical Manager. Frank, who is based in Germany, takes responsibility for Strategic Development for Sustainability, Chemical Testing and Management across SGS's worldwide Textile and Footwear divisions. Frank's expertise in sustainability and product compliance stems from a ten-year career in chemical compliance management positions across a range of softlines brands.
11-05-2021 | Business, Economy, Finances, B …
SGS
SGS Explains How E-Valuator® Helps Governments Beat International Trade Fraud
SGS, the world’s leading testing, inspection and certification company, has published an article looking at the issues surrounding international trade fraud and the ways digitalization can help governments and customs authorities beat the criminals. Global trade was values at USD 19 trillion in 2019. For some governments, 30% of their total revenue base comes from international trade. Long, complex supply chains benefit consumers with more affordable products and greater choice,

05-17-2022 | IT, New Media & Software
Tech Axis Pvt. Ltd.
SEO Training Courses in Nepal
Latest SEO Information and Techniques - If you want to learn more about SEO, there are many free resources available online. However, you should not rely entirely on these sources because they may be outdated. Taking an SEO course is the best choice you have in this situation. You may rest assured that an SEO course will only provide you with the most up-to-date SEO tactics and knowledge. One of
10-17-2019 | Media & Telecommunications
Kantipath Media P. Ltd.
Namste Nepal Media Changed its Name
"Kantipathnews" a publication of Namste Nepal Media P. Ltd has changed our company name as " Kantipath Media P. Ltd." Some other media had copied our name and previous Company name wasn't as per our Brand Name, so it makes pressure to change name, which we had already done now. We have got necessary permission from legal authority for this name change. Kantipath Media is the owner of brand name
08-22-2019 | Tourism, Cars, Traffic
Swotah Travel and Adventure
Nepal Bhutan Cultural Tour!!!
Take a look at the offers we are providing on Nepal Bhutan Cultural Tour. You can take a look at our facebook page and take a part in Quiz, message us the answer and grab a chance to get heavy discount up to half of the amount of original and chance to get lifetime personal membership discount on any trips. Decided yet? Don't miss this chance to get personalized discounts on
12-07-2018 | IT, New Media & Software
WiseGuyResearch Consultants Pvt Ltd
Nepal Telecoms, Mobile and Broadband Market Growth, Analysis, Challenges and Ind …
WiseGuyReports.com “Nepal - Telecoms, Mobile and Broadband - Statistics and Analyses” report has been added to its Research Database. Scope of the Report: Nepal - Telecoms The fixed broadband market finally gains momentum in Nepal. Over the years, efforts to expand the telecom sector in Nepal have met with many challenges. The fixed line market in Nepal remains underdeveloped. A major reason for this is due to the dominance of the mobile segment. Nepal
05-20-2016 | Health & Medicine
Bring Back The Smile To Nepal
Nepal Charity Delivering On Its Pledge
Less than three weeks after promising to rebuild an entire village in Nepal, Perthshire Charity Bring Back The Smile To Nepal’s ambitious project is well under way. The charity’s founder, Anna Gurung, visited the remote village of Archanbas during her recent visit to Nepal. “Archanbas”, Anna explained, “is an extremely remote village in Northern Central Nepal. It sits on the top of a steep hill and is very difficult to reach.
11-23-2010 | Tourism, Cars, Traffic
MAT Nepal
Mat Nepal Offers 4 Days Package for Complete Nepal Experience
Mat Nepal offers exciting 4 day tour package for complete Nepal experience. The business head of Mat Nepal speaks that this package is especially designed for those travelers who are first times to Nepal and want to have complete experience of Nepal travel and tourism. On this exciting tour package tourists will have a wonderful opportunity to explore Kathmandu (the capital city of Nepal) and other destination around Kathmandu city.
Comments about openPR
Your portal is fast, simple, and easy to use. Others may have more functions but they also demand more editing time, you have to preformat the text in order to achieve a good result etc. I think openPR is really fantastic!
Andreas Knepper, wallmedien AG