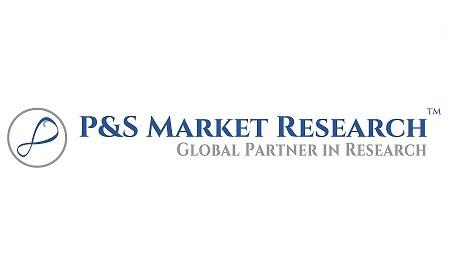 The global wearable injectors market is projected to reach $13,015.9 million by 2024, growing at a CAGR of 23.0% during 2016 - 2024.Global wearable injectors market worth $2,162.1 million in 2015As per the research, the global wearable injectors market is likely to grow from $2,162.1 million in 2015 to $13.0 billion by 2024. With the explosive growth of bolus injectors and increasing interest of pharmaceutical companies in collaborating with device manufacturers for drug device combination, the market for wearable injectors is expected to show dramatic rise. The launch of bolus injector expands the usage of wearable injectors from diabetes to other disease segments, as the wearable injectors currently available in market are majorly insulin pumps. The growing need for continuous and subcutaneous drug delivery has developed the demand for wearable injectors among the patients.Access Report Overview: www.psmarketresearch.com/market-analysis/wearable-injectors-marketInsights on market segmentsAs per the findings of the research, cancer is expected to be the largest application area of wearable injectors. According to the analyst, cancer and autoimmune disease are expected to be the major application areas for wearable injectors in the near future. The other key applications of wearable injectors include infectious disease, cardiovascular disease and blood disorders. Also, homecare is expected to be the largest end user of wearable injectors.Explore Report Sample at: www.psmarketresearch.com/market-analysis/wearable-injectors-market/report-sampleNorth America emerges as largest wearable injectors marketGeographically, North America has been the largest market for wearable injectors, where the U.S. has been the largest contributor to the regional market during 2013 - 2015. The North American wearable injectors market is growing significantly due to increasing demand for self-injection system and rising prevalence of chronic and lifestyle-associated diseases. According to the CDC, approximately 117 million people in the U.S., i.e. about half of its adult population, experienced one or more chronic health conditions in 2012. Japan has been the major market in Asia-Pacific; whereas in Europe, Germany has been the highest revenue generator in 2015.Top three players constitute the major market shareThe research states that the global wearable injectors market had a consolidated structure in 2015, where the top three competitors accounted for the major share in the global wearable injectors market. Some of the key players operating in the global market are Becton, Dickinson and Company, Medtronic plc, Johnson & Johnson, F. Hoffmann-La Roche Ltd., Insulet Corporation, Unilife Corporation, CeQur SA, Enable Injections, ScPharmaceuticals, Inc., SteadyMed Ltd., Ypsomed Group, West Pharmaceutical Services, Inc. and Canè S.p.A.Browse Other Related Report at: www.psmarketresearch.com/industry-report/medical-devicesDifferent companies are collaborating to provide new solutions in the global wearable injectors market. For instance, Ypsomed collaborated with Novo Nordisk in June 2016, where the two companies were expected to provide new solutions in insulin pump therapy. The company’s YpsoPump was compatible with NovoRapid PumpCart by Novo Nordisk. NovoRapid is a prefilled pump cartridge with an insulin analogue that has been especially designed for insulin pumps. The collaboration aimed to simplify the use of insulin for the diabetes patients.About P&S Market ResearchP&S Market Research is a market research company, which offers market research and consulting services for various geographies around the globe. We provide market research reports, industry forecasting reports, business intelligence, and research based consulting services across different industry/business verticals.As one of the top growing market research agency, we’re keen upon providing market landscape and accurate forecasting. Our analysts and consultants are proficient with business intelligence and market analysis, through their interaction with leading companies of the concerned domain. We help our clients with B2B market research and assist them in identifying various windows of opportunity, and framing informed and customized business expansion strategies in different regions.Contact: Abhishek Executive – Client Partner 347, 5th Ave. #1402 New York City, NY - 10016 Toll-free: +1-888-778-7886 (USA/Canada) Email: enquiry@psmarketresearch.com Web: www.psmarketresearch.com347, 5th Ave. #1402 New York City, NY - 10016 Toll-free: +1-888-778-7886 (USA/Canada)