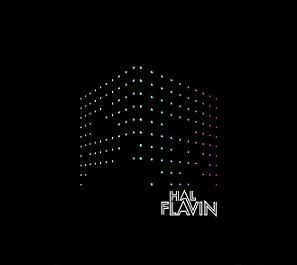 Hal Flavin are a band who refuse to fit into the mould.Hailing from the unusual environs of Luxembourg, Samuel, Mike & Marc bring a range of influences to bare on a debut EP which defies all musical expectations. They take heavy rock guitars, filter them through the electronic funk of Prince and Hot Chip and add some haunting new wave vocals to the mix just for good measure. The result sounds like D’Angelo dragging old Kraftwerk records into the 21st century.It is funky, intelligent and atmospheric all at the same time. They may be innovative originals, but Hal Flavin don’t forget that music is all about reaching out to people and making them feel the songs. “We believe the music is there to provide a kind of enjoyment and release that is denied in everyday life,” they say. Their songs reflect life through their lyrical realism, while the alien, other-worldly music shocks the listener, forcing him to sit up and take notice.The desire to experiment can be traced back to the band’s roots. First collaborating to provide the score for a play, the boys soon found that they could each be the counterpoint for the others’ create invention: Mike’s bass gives the punchy rock platform that allows the band to work their magic; Samuel adds texture with some subtle guitar and electronics; and Marc’s deep and eerie vocal performance and synths lend some depth and meaning to the sound. But the whole is so much more than the sum of these parts.“We want to make pop music without being stupid,” says Samuel. And on first hearing the mellow synth stabs, the infectious bass and the raw vocals of UPLIFT you’ll know that’s what they have achieved. As experimental as Hal Flavin’s music is, there is no doubt that they can write some catchy tunes too.This EP, to be released worldwide June 26th ( LILI IS PI records) is the first taster of an album due out in 2009. The surprise is that the EP can already be digitally downloaded through Lili is Pi records' web site.They have already been causing a stir across Europe, with radio play and festival appearances in Luxembourg, Spain, France and Belgium. With a sound which is so original, fresh and familiar at the same time, expect this European phenomenon to go global pretty damn soon. I suggest you get in on the ground floor and enjoy the ride. One thing’s for sure – Hal Flavin will make it an interesting one.LILI IS PI records place du Marché, 8 4621 Differdange LUXEMBOURG (Europe) WWW.LILI-IS-PI.COM www.myspace.com/halflavin PRESSCONTACT: phone: +352 621395551 (from europe) phone: +1 201 204 9513 (from u.s.a) fax: +352 265 865 65 email: info@lili-is-pi.com skype: lip.recordsLILI IS PI records is at the quest of timeless pop pulsars, of strong emotional releases; musical alternate paths, at last sincere, at last free.