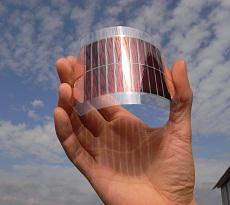 03-17-2021 | IT, New Media & Software
Fact.MR
Organic Substrate Market
Organic electronic materials made using organic small molecules and polymers are being used on a large scale. Owing to the good dimensional control, better electrical performance, organic substrate are witnessing significant growth in various applications. Organic substrate is also being used in flat panel display as the flat panel displays are cost-effective and energy efficient. More functionality is being added in RF modules for smartphone and other wireless applications. Hence,
10-19-2020 | Business, Economy, Finances, B …
Transparency Market Research
Organic Feed Market
Organic feed is a type of feed that is produced by methods obey the standards of organic farming. Organic simply ingredients that the feed/food/crop cannot be genetically modified, treated with fungicides/pesticides/insecticides etc., fertilized with chemical fertilizers. All organic ingredients and products should be manufactured according to the guidelines stated by the National Organic Program. Obtain Report Details @ https://www.transparencymarketresearch.com/organic-feed-market.html Organic feed products cannot contain any kind of medications, animal by product
12-14-2018 | Health & Medicine
Garner Insights
Organic Whey Protein -Milk Specialties, NOW Foods, Organic Valley, The Organic P …
Organic Whey Protein Industry Overview: Summary:Excellence consistency maintains by Garner Insights in Research Report in which studies the global Organic Whey Protein market status and forecast, categorizes and Equipment market value by manufacturers, type, application, and region. The Global Organic Whey Protein market Report provides a detailed analysis of the current dynamics of the market with an extensive focus on the secondary research. It also studies current situation of the market estimate,
08-13-2018 | Advertising, Media Consulting, …
Organic Baby Food
Organic Baby Food
Future Market Insights (FMI) has released a new report titled, “Organic Baby Food Market - BRIC Industry Analysis and Opportunity Assessment 2015-2020”. According to the report, the global organic baby food market is expected to account for US$ 5.6 Bn by 2020, registering a CAGR of 10.5% during the forecast period. On the other hand, the BRIC organic baby food market is projected to reach US$ 3,528.7 Mn at a
06-27-2018 | Business, Economy, Finances, B …
TMR Research
Organic Food & Organic Beverages Market - Fragmented organic ingredients 2025
Global Organic Food and Beverages Market: Overview Organic foods are grown without the use of synthetic additives, chemicals, genetic manipulation, and coloring agents, and need to satisfy the criteria set by the USDA National Organic Program. Organic foods and beverages are in high demand as they are healthy alternative to their traditional counterparts. As the world becomes more aware about the goodness of everything natural and products free from chemicals,
04-03-2018 | Business, Economy, Finances, B …
Starmobil AG
Organic Convenience Food
We are doing more and more for our health and still far too little. Many of us practice sports and pay attention to their diet. That's very good, but you always have to have the time. Unfortunately, not everyone always has the time to cook their food fresh and healthy - then they have to serve a ready meal again. And the result? We hope that there are really no or
Comments about openPR
We publish our press releases on openPR.de because we like people who are "open" - just like us.
Frank Obels, CEO, INCONET - Informationssysteme, Communication und Netzwerkberatung GmbH