New Adult Romance Fiction, Lagos Through His Eyes, Is Now Available On Pre-Order At iBooks And More 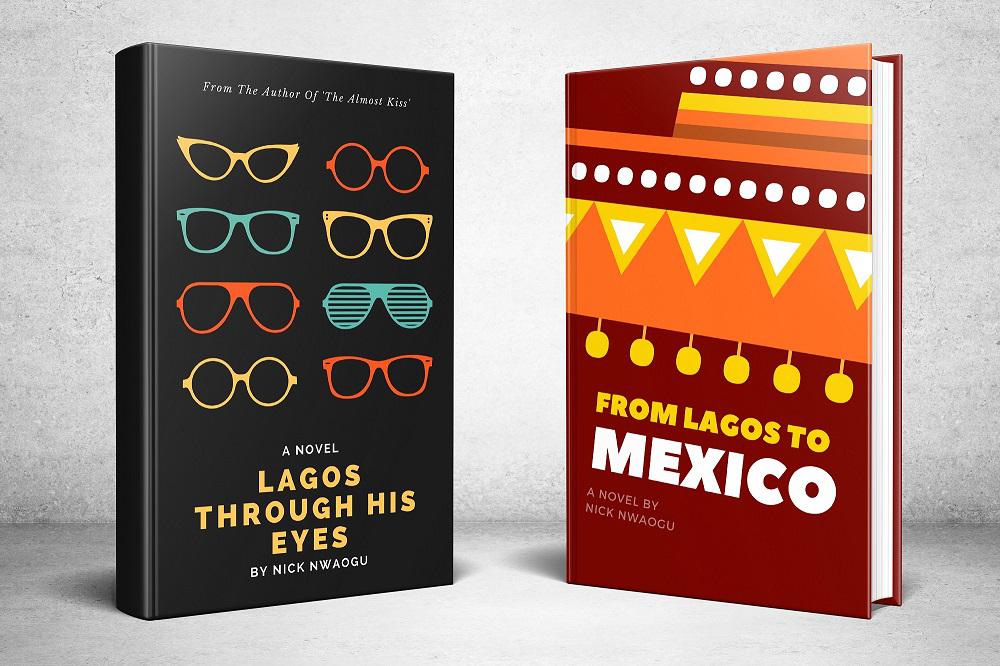 Nigerian writer, Nick Nwaogu, is set to release his third book 'Lagos Through His Eyes' on July 4th. The new adult fiction is one part of his 'Lagos' romance duology, which will also include his fourth book 'From Lagos To Mexico'.

In the book 'Lagos Through His Eyes', Nwaogu tells a story of how an ambitious young Nigerian girl Nnenna, leaves Enugu in Eastern Nigeria for Lagos, the commercial city of Nigeria, in search of independence. Unfortunately, life in busy city isn't the buzz Nnnenna heard of while growing up in the village. She eventually runs into the rich club rat, Segun, at an elite party where she serves food and drinks, few days after arriving to the big city. Segun's father is filthy rich and excessively connected, but Segun isn't the kind of man she wants to end up with. Apart from acting immature and completely unfocused, he is Muslim, Yoruba, and every possible thing she never wants in her man. Without her wish or will, life brings them closer and closer together, each passing day, and she eventually falls in love with his many flaws as she is introduced to the beautiful city of Lagos through Segun's glaring eyes.

According to Ronald Hull, the author of 'The Kaleidoscope Effect', Nwaogu has painted a vivid picture of a decadent rich young materialistic man in Lagos in his new adult fiction 'Lagos Through His Eyes'. "The contrast with the people coming from the villages into the city is immense, and Nwaogu has set the stage for a drama to unfold, also involving a young lady coming from the countryside determined to improve her life... Looks like a winnder," he continued.

Lagos Through His Eyes is now available on pre-order for $0.99 at one of the following stores: Blio, Mondadori, Paperplus, Indigo, Kobo, Barnes and Noble, and iBooks.

According to a review on Fiction Press, "I love that the book was set in Nigeria and the characters are also Nigerian... Nwaogu's way of writing is quite eloquent, and the character's traits are easily distinguishable, which is always a good thing in my opinion. Overall, it's really good!"

Nick Nwaogu is also the author of the romantic suspense novel 'The Almost Kiss' and the short story collection 'Odd Family Out', which are both available on Amazon, Barnes and Noble, Google Play Books, iBooks, and everywhere books are sold. Before starting his writing career, Nick Nwaogu was the keynote speaker at the 2012 IT Leaders West Africa Summit in Accra-Ghana, where he gave a thirty-minutes lecture on the role of social media and mobile in developing nations. The computer programmer turned writer is also set to publish his screenplay 'February' soonest.

Before starting his writing career, he’d already made a name, locally and internationally, as a seasoned Internet entrepreneur and tech savvy. At 19, he co-founded an exclusive social network for students of his university, which later expanded and grew to over one-million registered members in less than three years.

He was the keynote speaker at the 2012 IT Leaders West Africa Summit, where he gave an exceptional thirty-minute lecture on the role of social media and mobile in developing nations. His success story has been told by Vanguard, TheGuardian, African Business Review, Yahoo! News, and TechCrunch, just to mention a few.

You can edit or delete your press release New Adult Romance Fiction, Lagos Through His Eyes, Is Now Available On Pre-Order At iBooks And More here

03-03-2022 | Business, Economy, Finances, B …
Nick Nwaogu
Global Watercolor Market Size And Forecast to 2022 to 2028 analysis with key pla …
The Global Watercolor Market Report Overview presents the most accurate growth scenarios and market opportunities, which can be accessed with the right assumptions. During the forecast period, the research highlights the unique and essential variables that are projected to have a substantial impact on the Watercolor market. This study contains a substantial quantity of information that will assist new producers in gaining a better understanding of the Watercolor industry. The
04-18-2017 | Arts & Culture
Nick Nwaogu
Nigerian Writer, Nick Nwaogu, Publishes His Romantic Suspense Screenplay 'Februa …
Nigerian computer programmer turned writer, Nick Nwaogu, has published his screenplay for a feature film titled 'February'. The 120-scene script is a movie adaptation of his first book 'The Almost Kiss'. In the script 'February', Sergeant Femi Kolawole and investigative journalist Chioma Okafor, together, solved Emeka's Valentine-day murder, and on doing so, Chioma was exposed to Femi's heroic personality, which made her eventually fall in love with him. "February is a
03-01-2017 | Arts & Culture
Nick Nwaogu
Nick Nwaogu's Short Story Collection, 'Odd Family Out', Is Now Available in Hard …
Originally published on the 20th of last month, in paperback, 'Odd Family Out' is now available in both hardcover and e-book, and available everywhere books are sold. Nick Nwaogu, the author of the romantic suspense novel, 'The Almost Kiss', last month, released his second book and first short story collection, titled 'Odd Family Out'. In 'Odd Family Out', Nwaogu tells over a score of short-stories about his unusually odd family, using
02-07-2017 | IT, New Media & Software
Nick Nwaogu
Romance Suspense Novel, The Almost Kiss, Now Available In Large Print Edition
The romance suspense novel, The Almost Kiss, written by Nigerian computer programmer turned writer, Nick Nwaogu, is now available in large print. The first and second paperback editions of the romance suspense novel, The Almost Kiss, are available for $6.99, while the large print edition, which is almost twice the volume of the earlier editions, is available for $10.99. This edition, which is printed in 16 points, is to accommodate