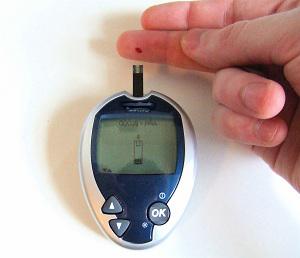 Antidiabetic biosimilars market overviewAntidiabetics help control blood glucose levels in diabetic patients. Various types of antidiabetics include biguanides, thiazolidinediones, DPP-IV inhibitors, α-glucosidase Inhibitors, sulfonylureas, insulin, and GLP-1 receptor agonists such as exenatide. A biosimilar product is biological product that is approved on the basis that it is highly similar to a FDA approved biological product known as a reference product. Biosimilar manufacturers need to generate data from lab testing and clinical testing to demonstrate that the biosimilar developed provides the same therapeutic benefit to patients as the reference product.Get Free PDF Research Brochure for more Professional and Technical Insights: https://www.coherentmarketinsights.com/insight/request-sample/92Patent expiries to drive growth of the global antidiabetic biosimilars marketThe global antidiabetic biosimilars market is driven by increasing number of diabetes mellitus patients. According to World Health Organization (WHO) the number of people suffering from diabetes stood at 422 million in 2014. The global prevalence of diabetes among adults above 18 years increased to 8.5% in 2014 from 4.7% in 1980. Increasing incidence of lifestyle disorders such as obesity, increases the risk of diabetes and in turn drives growth of the antidiabetic biosimilars market. In June 2014, the European Medicines Agency authorized the first biosimilar of insulin Glargine, Abasaglar from Eli Lilly and Company and Boehringer Ingelhim International Gmbh, for treatment of diabetes mellitus. The biosimilar received U.S. FDA approval in 2016, which would fuel growth of the antidiabetic biosimilars market.Furthermore patent expiry of insulin aspart and insulin lispro is projected to propel growth of antidiabetic biosimilars market. Biosimilar insulin have potential to reduce diabetes treatment costs, increase accessibility of insulin treatment and expand the number of insulin brands. Some antidiabetic biosimilars which are approved or are in approval process include:ProductCompanyStatusSB9/MK-1293Samsung Bioepis/Merck Submitted to FDA for approval in August 2016 and to EMA in December 2015. Approved by EMA in November 2016.Abasaglar/ Basaglar/ LY2963016Eli Lilly/Boehringer IngelheimApproved by EMA in September 2014, by US FDA in August 2014, bu Australia in May 2015 and by Japan in January 2015GlaritusWockhardt‘Similar biologic’ launched in India in March 2009BasalogBiocon/Mylan‘Similar biologic’ launched in India in 2009. Received approval in Japan in March 2016 and launched in July 2016. EMA regulatory submission in November 2016.Constraints for growth of the antidiabetic biosimilars marketBiosimilars would have to face stringent regulatory requirements that would focus on their production before entering into major markets such as the U.S. While biosimilars have marked successful entry in the European markets, entry in the U.S. market is still a challenge due to stringent regulatory norms. Furthermore, biosimilars would need to gain favorable reimbursement to gain market traction.Browse Global Strategic Business Report : https://www.coherentmarketinsights.com/ongoing-insight/antidiabetic-biosimilars-market-92Increasing number of diabetes patients driving the antidiabetic biosimilars market globallyIncreasing incidence of diabetes, complexities in alternative diabetic therapies, and government incentives for introduction of low cost therapies are collectively creating a conducive environment for growth of the market. According to the International Diabetes Federation (IDF), there were around 59.8 million diabetic patients in Europe in 2015. The market for antidiabetic biosimilar is expected to be high in near future in Asia Pacific due to increase in research activities related to antidiabetic products and supportive government funding. North America region is projected to represent a lucrative market for antidiabetic biosimilar in the near future, as prevalence of diabetes is increasing in this region. According to the International Diabetes Federation, in 2015, over 29.1 million people in the U.S. suffered from diabetes.About Coherent Market Insights:Coherent Market Insights is a prominent market research and consulting firm offering action-ready syndicated research reports, custom market analysis, consulting services, and competitive analysis through various recommendations related to emerging market trends, technologies, and potential absolute dollar opportunity.Contact Us:Mr. Shah Coherent Market Insights 1001 4th Ave, #3200 Seattle, WA 98154 Tel: +1-206-701-6702 Email: sales@coherentmarketinsights.com Visit Coherent Market Insights Blog @ https://blog.coherentmarketinsights.com/ Connect with us on LinkedIn @ https://www.linkedin.com/company/coherent-market-insights

You can edit or delete your press release Antidiabetic Biosimilars Market, Company Analysis and Forecast to 2024 here