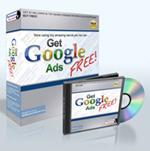 Dr. Cohens new System Get Google Ads Free is responsible for the controversy

04-09-2021 | Tourism, Cars, Traffic
EpicVIN
EpicVIN's Google Chrome extension
A thorough vehicle history search is one of the best ways to ensure that a vehicle purchase is a good one. EpicVIN wants to help users make the process of locating this information even easier with its new Google Chrome extension. The extension can be added to any website on Google Chrome, offering potential buyers key information to help make purchasing decisions. EpicVIN it’s the world’s first blockchain based vehicle
11-02-2018 | IT, New Media & Software
Alina Digital Services
Arabic Google Fonts
Are you searching a for Arabic Google Fonts? Then you are the right place. Today i will give you 19 Best Free Arabic Google Fonts. I agree with you that most of the website you got information that How to use google fonts, how to embed fonts, but you not able to gather full information from one site. Here I will promise that you can gather complete information on Arabic Google Fonts from one
10-23-2018 | Advertising, Media Consulting, …
ESV Digital
Google Analytics Segments Vs Filters
London/UK – 23th October 2018. One of the most common questions I’m asked about Google Analytics is the difference between a segment and a filter and the main use case of each of them. I’m often asked why you would ever use a filter when a segment does the same job and vice versa. In today’s post, I’m going to briefly run you through what segments and filters are, how they
08-24-2017 | IT, New Media & Software
Radix FZC
Google buys business.site for Google My Business
Small enterprises now get free BUSINESSNAME.business.site domain absolutely free through Google My Business 24th August 2017, Mumbai: Radix, the domain registry that has the exclusive rights to operate new domain extension .SITE, today announced that it has sold the domain name business.site to Google. As part of Google My Business, small business owners are able to make a website with a BUSINESSNAME.business.site domain name for free. The service is available
08-29-2011 | IT, New Media & Software
Kingpin-SEO
Kingpin Excited to See What Google+ does for Google Realtime
According to recent research Google+ has apparently amassed 25 million users since its launch in late June, however the networking site is currently still in the invite only stages. Despite the lack of news regarding its public launch date, there are now rumours that Google will be using the social networking site in conjunction with the not long abandoned Google Realtime function. Realtime delivered relevant information from Twitter, Facebook, and other
06-08-2010 | IT, New Media & Software
MindMeister
MindMeister launches Google Wave gadget
MUNICH, GERMANY, JUNE 7, 2010 Leading mind mapping and collaborative working innovator MindMeister announced today the public beta launch of their Google Wave gadget. This addition of MindMeister to Google Wave will now give Wave users a number of features and functionality of MindMeister’s award winning interface within their new and existing Waves. Since it’s beta launch in October 2009, Google Wave has been facilitating communication and collaboration between millions
Comments about openPR
9 o'clock: discuss press release with client, 10 o'clock: submit release to openPR, within the briefest possible time release is published and displayed in a prominent place on openPR.de. I am thrilled!
Zehra Spindler, Calypso Now! - Communication Agency