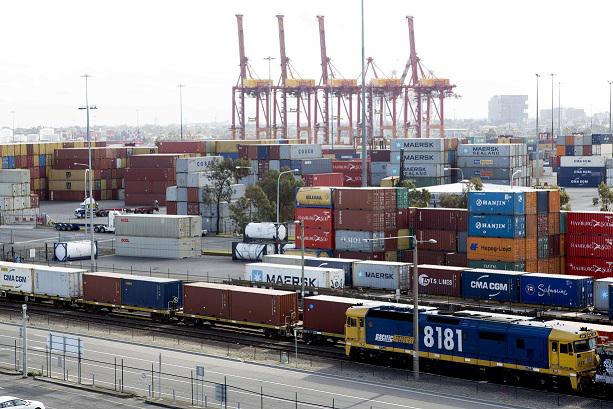 While talk of a high speed rail has been on the cards for over three decades in Australia, the Consolidated Land and Rail Australia (CLARA) plan now hopes to galvanise these ideas, turning them into a palpable reality alongside a number of innovative “smart” cities dotted along the Australian landscape.CLARA, a privately funded $200 billion, 35-year plan that relies on financing through value capture, proposes the building of two new cities in Victoria as well as a further six in NSW developed over three decades. These smart cities will be characterised by sustainability and innovation that is expected to reduce the environmental pressures and outputs of a typical city.It is believed that the eight cities would deliver high passenger numbers for the high speed rail network and unlock significant financial benefits to the Australian economy of inland city development.These regionally based, compact and sustainable cities would accommodate between 250,000 and 400,000 people, connected by an advanced high speed rail. The High Speed Rail (HSR) network would run between Sydney and Melbourne via Canberra. The plan necessitates the construction of new rail stations in each of the eight proposed smart cities as well as the development of High Speed Rail platforms for Melbourne, Sydney and Canberra.Fast-rail networks have been discussed as an option Australia-wide for near on half a century and would dramatically alter the geography and composition of our cities. A fast connecting rail system could significantly reduce urban density and overcrowded conditions in major metropolitan areas whilst contributing to regional development and infrastructure.While high speed rail networks dominate Europe and Asia, they have yet to penetrate Australian shores. A high speed rail network future would additionally see more interconnection between inland and coastal regions, faster commute times, the alleviation of road traffic congestion and less reliance on aviation. According to the CLARA plan, the envisioned infrastructure’s design focus is on both liveability and connectivity, made possible through smart connected networks and built-up urban spaces. Potentially beginning within the next five years, phase one of the plan would see Melbourne linked to the Greater Shepparton Region with a $13bn high speed rail into northern Victoria and the development of two new partner cities in the region over 30 years.CLARA Chairman and founder Nick Cleary will appear at the 8th Annual Queensland Transport Infrastructure Conference to discuss the proposal and how it addresses key issues across the country including overcrowding in major Australian cities.The Queensland Transport Infrastructure Conference will look at infrastructure development and planning for the state as well as the latest trends and industry innovations. Attracting a range of expert speakers and 200+ delegates, the Conference convenes on the 23rd and 24th of May 2017 at the Brisbane Convention and Exhibition Centre.More info at: www.qldconference.com.auAbout Expotrade Expotrade is a global conference and event organizer with its head office based in Melbourne, Australia. Expotrade has delivered some of the largest, most successful B2B industry conferences and events in the areas of infrastructure, major projects, sustainability, technology & architecture. For almost 10 years, our unique blend of knowledge, experience and flexibility has accomplished an array of consistently top quality events. Today, Expotrade events enjoy such a distinctive edge, they are amongst the best patronised in the calendar.For more information, visit www.expotradeglobal.comSuite 1, Level 1, 2 Brandon Park Drive Wheelers Hill VIC 3150 Australia

02-21-2019 | Tourism, Cars, Traffic
Dataforce Verlagsgesellschaft für Business Informationen mbH
Australia – A Dataforce insight
Australia, the land of the Ute (Pickup), Cyber Cars (Dealer volume demos), Novated leasing and annual registrations of around 1.1 million new cars has now become one of the latest markets to enter our portfolio. We are putting together a series of articles to hopefully give some fresh Dataforce insights into the Australian market place, with a firm eye on the True Fleet channel. With a constantly expanding population and
04-11-2018 | Industry, Real Estate & Constr …
Storewall Australia
StoreWALL Launches into Australia
Expand and organise your space with wall-mounted storage solutions from StoreWALL. StoreWALL is a premium wall-mounted storage system for home and business. The range covers wall panels, hooks, baskets, bins, brackets and shelves. Everything you need to efficiently organise and store items in the home or commercial space. With superior materials and construction, our products are built to last. Plus, you won’t find a system that’s easier to install. StoreWALL systems
07-05-2017 | Advertising, Media Consulting, …
ReportsWeb
Coffee in Australia
ReportsWeb.com has announced the addition of the “Coffee in Australia” The report focuses on global major leading industry players with information such as company profiles, product picture and specification. Influenced by the strong café culture in Australia, consumers are increasingly interested in the origins and tastes of their coffee products. Consumers ask more questions about where their coffee is from and this is reflected in the strategic plans of large companies.
06-08-2017 | Business, Economy, Finances, B …
ReportsWorldwide
Agrochemicals Market in Australia
ReportsWorldwide has announced the addition of a new report title Australia: Agrochemicals: Market Intelligence (2016-2021) to its growing collection of premium market research reports. The report “Australia: Agrochemicals: Market Intelligence (2016-2021)” provides market intelligence on the different market segments, based on type, active ingredient, formulation, crop, and pest. Market size and forecast (2016-2021) has been provided in terms of both, value (000 USD) and volume (000 KG) in the report. A
02-13-2017 | Business, Economy, Finances, B …
ReportBazzar
Cheese in Australia
Australian consumption of cheese remains buoyant with increasing demand for better quality cheese and a move away from processed cheese. In particular, cheese retail value grew 2% in current terms in 2016, up from 1% in 2015. Positive research, in recent years, on the benefits of dairy fats also contributed to increasing demand for full fat cheese. Demand for cheese was also partly fuelled by Australian consumers enjoying cheese, especially
06-09-2016 | Politics, Law & Society
ECOVIS AG Steuerberatungsgesellschaft
Australia – An Innovative Agenda?
Australia’s government tightens foreign investment laws for housing and land and introduces a National Innovation and Science Agenda to encourage innovation in business and schools. The second half of 2015 saw significant changes to Australia’s foreign investment framework come into effect, along with the government making an innovation statement which committed $1 billion over the next four years to foster and develop new ideas and new businesses in Australia. To near
Comments about openPR
We publish our press releases on openPR.de because we like people who are "open" - just like us.
Frank Obels, CEO, INCONET - Informationssysteme, Communication und Netzwerkberatung GmbH