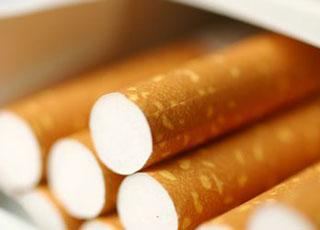 Ken research announced recent publication on, "Cigarettes in Singapore, 2017". Report gives a detailed understanding of consumption to align your sales and marketing efforts with the latest trends in the market. Identify the areas of growth and opportunities, which will aid effective marketing planning. The differing growth rates in regional product sales drive fundamental shifts in the market. This report provides detailed, authoritative data on this changes-prime intelligence for marketers. It can be used to understand the market dynamics and essential data to benchmark client position and to identify where to compete in the future with this report.

Singapore is important as a major distribution centre for the Asia-Pacific region, but its relatively small population, currently around 5.7 million, means it has only a small domestic cigarette market. Annual per capita consumption levels are relatively low in regional terms, averaging 514 pieces in 2014. However, the effects of the economic difficulties, increased taxes, high non-duty paid sales, competition from RYO cigarettes, and a tightening of restrictions on tobacco consumption have depressed demand for manufactured cigarettes. The local market is dominated by filter cigarettes, which account for virtually 100% of sales or 2.87 billion pieces in 2014. Most of the industrial activity in the Singapore cigarette market is centered on the import and re-export of cigarettes. The market has been almost entirely contested between three companies: Philip Morris Singapore (PMI), British American Tobacco Singapore (BAT) and Japan Tobacco International (JTI). The most significant development of recent years has been the emergence of the low priced sector. Cigarettes in Singapore 2017 are an analytical report provides extensive and highly detailed current and future market trends in the Uruguay market. The report offers Market size and structure of the overall and per capita consumption based upon a unique combination of industry research, fieldwork, market sizing analysis, and our in-house expertise.
From Aug 1, 2017, retailers of tobacco products will not be allowed to display them in their shops, the Ministry of Health (MOH) announced on Wednesday. The ministry said it would move to ban stores from displaying such products after amendments to the Tobacco (Control of Advertisements and Sale) Act are tabled in Parliament. Retailers may choose to use existing storage units, modify them or install new storage units that are permanent, self-closing and opaque. Retailers could choose to use vertical blinds, or even a curtain, among others. They are to comply with the new requirements, whereby tobacco products need to be out of sight from the public at all times. Exceptions will be made in the process of restocking the display unit or during a sales transaction, unless the staff carrying out these actions stops to do something else.
MOH is prepared to allow a text-only price list in a standard format, to facilitate transactions and ensure a level playing field while preventing misuse as a form of advertisement. It added that it will allow storage units to be in the same colour as the decor or interior walls of the outlet, as long as the colour does not draw specific attention to storage units. A brochure, published by the Health Promotion Board in the four national languages, will be distributed to retailers in the coming months, detailing the dos and don'ts of storing and selling tobacco products. Authorities will work with retailers to help them comply with the new legal guidelines. Even if the new legalisation has been implemented it is only to protect non-smokers - particularly the young - from the promotional effect of point-of-sale displays and to create a better environment for smokers who are trying to quit.
BANNING POINT-OF-SALE DISPLAYS OVERSEAS HAS BEEN SUCCESSFUL: MOH pointed to research that showed that banning point-of-sale tobacco displays overseas has positive effects. Daily smoking rates in Iceland decreased from 28.1 per cent in 1996 to 19.3 per cent in 2006 after a point-of-sale display ban on tobacco products was introduced in 2001.
RETAILERS QUESTION EFFECTIVENESS OF MOVE: Retailers Channel News Asia claimed to say the ban would not have too great an impact on business, but they questioned its effectiveness in getting people to quit. Some customers will still insist on buying cigarettes. Even if they are hidden, they will ask us (for them). MOH said it would continue to work with retailers to fine-tune the specific details of the measures. General tobacco retailers will be required to use plain, undecorated storage devices to keep tobacco products within their premises out of the direct line of sight of the public and potential customers.
The amended Act extends existing restrictions on e-cigarettes to include newer varieties, which do not necessarily bear a physical resemblance to cigarettes or other tobacco products. The component parts of such products will also be banned to prevent retailers from importing them and reassembling them locally for sale. Existing prohibitions on advertisements for tobacco products will also be extended to cover advertising for e-cigarettes and similar products. The ban on advertising for tobacco products, e-cigarettes and similar products will also be extended to advertisements published electronically. Advertisements and sales promotions originating from Singapore, whether targeting local or foreign audiences, and advertisements from outside Singapore, which can be accessed by people in Singapore, will now be banned. Customer loyalty programmes and promotional schemes involving tobacco products are also not allowed. A ban on emerging tobacco products first imposed in June last year will now be extended to include the likes of nasal snuff, oral snuff and gutkha. From Monday, the grace period for importers and retailers on the ban on shisha - first imposed in November 2014 - comes to an end.

Existing licensed tobacco importers and retailers who import or sell shisha will be prohibited from importing, wholesaling or retailing the product. Any person who contravenes either the ban on emerging tobacco products or the ban on shisha can be fined up to $10,000, imprisoned up to six months, or both. In the case of a second or subsequent conviction, they could face a fine of up to $20,000, imprisonment of up to 12 months, or both.

For more coverage click on the link below:
https://www.kenresearch.com/food-beverage-and-tobacco/tobacco-products/cigarettes-singapore-2017/79695-11.html

Ken Research is a Global aggregator and publisher of Market intelligence research reports, equity reports, data base directories and economy reports. Our market research reports provides market sizing analysis, insights on promising industry segments, competition, future outlook and growth drivers in the space. The company is engaged in data analytics and aids clients in due-diligence, product expansion, plant setup, acquisition intelligence to all the other gamut of objectives through our research focus.

05-26-2020 | IT, New Media & Software
suria international
Magento development company singapore
Suria International, a leading Magento web development company An online shop is the need of the hour in the age of eCommerce and mCommerce. Advancing technology has introduced several platforms to build feature-rich online stores, but Magento has remained a preferred choice of many online retailers for years. High scalability, broad system support, and result-oriented adaptability have made Magento eCommerce development popular worldwide. Magento, with its three variants- Magento Community Edition, Magento
02-26-2018 | Business, Economy, Finances, B …
Vinsys IT services (I) PVT LTD
ITIL Singapore
ITIL Singapore Certification Training at Vinsys. Get ITIL Training with EXIN & PeopleCert Accredited ITIL Certification Training with IT Tactic of Business Vision ITIL Singapore. ITIL Foundation Singapore is the most widely recognized entrance-level ITIL certification for IT professionals. IT departments need qualified specialists who can carry effective IT services. This ITIL Singapore training will show you the ITIL Singapore services lifecycle, how lifecycle steps are linked, processes elaborate, and finest
02-22-2018 | Advertising, Media Consulting, …
ReportsWeb
Baby Food in Singapore
The Singaporean baby food market is small in terms of total size, but highly developed in terms of per capita consumption. The fluctuations in the number of births have a clear effect on sales. In value terms, almost 90% of the market consists of baby milks, with the bulk of the remainder split between baby meals/drinks and baby cereals in 2015. In volume terms, milk accounts for 76.9%, wet meals
09-22-2017 | Fashion, Lifestyle, Trends
Orbis Research
Jewellery Market in Singapore
Summary This report helps to analyze competitive developments such as joint ventures, strategic alliances, mergers and acquisitions, new product developments, and research and developments in the Jewellery in Singapore Description Consumers in Singapore are becoming more adventurous and are increasingly opting for exclusive and unique designs to differentiate themselves. For example, there is growing demand for non-diamond engagement rings in Singapore, with home-grown label Carrie K witnessing a 15% boost in sales for
03-03-2016 | Business, Economy, Finances, B …
WBLCA
WBLCA & Technology Seminar Singapore
Just as technology has reshaped how individuals communicate and how organizations do business, it also having a profound impact on the practice of law. Technological developments are affecting management strategies in corporate legal departments, and changing how legal services are delivered. Venue: Singapore (Hotel Mandarin) Date: 15 May 2016 Registration: 8.15am to 9.00am (Singapore Time) Event: 9.00am to 5.00pm WBLCA & Technology Seminar examines both the: (a) legal challenges (b) opportunities
12-12-2014 | IT, New Media & Software
Avolution
Avolution Opens Singapore Office
Avolution, developer and supplier of software solutions for enterprise modeling, planning and IT strategy, announced today that it has opened a South East Asian office in Singapore. The announcement follows strong growth throughout 2014, which is projected to increase further over the next twelve months. “South East Asia continues to be a strong region for Avolution,” said Mark Denford, Asia-Pacific Manager, “and Singapore is at the centre of this growth. Singaporean government
Comments about openPR
OpenPR is clearly structured and remains true to its principle of confining itself to the essential parts. OpenPR has proven to be a very good and reliable partner to our media agency: Within the shortest time the releases are online and go down well with the media representatives. The success of OpenPR is reflected in the steadily increasing number of press releases. It is good that OpenPR exists!
Ursula Koslik, Director Marketing & PR, F+W Hamburg