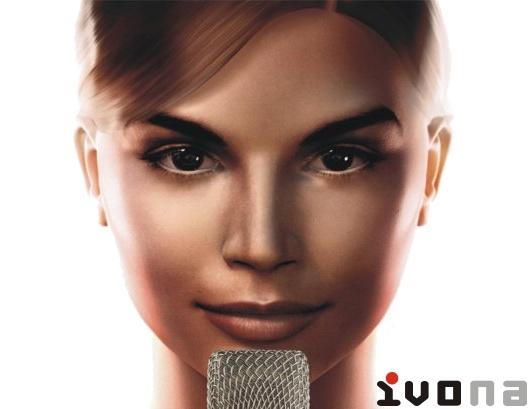 IVO Software has launched a new version of IVONA Telecom TTS supporting the international MRCP protocol used in the biggest telecommunication systems. MRCP (Media Resource Control Protocol) is a communication protocol allowing to provide voice services in the client/server architecture. As it has been incorporated into IVONA Telecom this Text-To-Speech system has become one of the few systems of this type that may be easily implemented in the largest call/contact center solutions. "IVONA TTS's implmentation in telecommunication systems such as Call Center or IVR substantially lowers their operating costs. A professional-sounding radio-like voice reads out information prepared for a particular customer - hundreds or thousands of calls at the same time… Until recently this required huge telephone support departments. Now Ivona TTS offers great savings to companies" - said Lukasz Osowski, the President of Ivo Software.IVONA Telecom TTS is already very commonly used in IVR systems and telephone exchanges of many renowned companies. The system is used by enterprises from the banking and energy sectors, telecommunications companies and others. Many of these companies delayed the implementation of IVONA TTS until it supported MRCP."For some time we have been witnessing great interest in IVONA Telecom TTS - both from companies which have not yet ever used a TTS in their systems and from those wishing to replace the previously installed products with a TTS offering a better voice quality. That is why we decided to expand IVONA Telecom by adding the MRCP support. This way our product may be used equally easily to support a hundred or ten thousand or more simultaneous telephone conversations" - added Mr. Osowski.IVONA Telecom TTS is available with one American voice - Jennifer, one Romanian - Carmen two Polish voices - Jacek and Ewa. In the nearest future IVO plans to introduce new English voices (with a British and an American accent) and a German one. The speech generation technology developed by IVO Software is regarded as one of the best in the world. This is confirmed by the numerous honors and awards it has won. IVONA's voice quality was also recognized at the prestigious international Blizzard Challenge. Two times in a row, in 2006 and 2007, it was considered one of the closest to a natural voice. IVO Software was established in 2001 and since then it has been involved only in creation and development of speech synthesis products. To find out more about IVO Software visit: http://www.ivosoftware.com.Andrzej Sowula PR Solutions pl. Na Groblach 20/19 31-101 Krakow, Poland Phone: + 48 12 397 76 00 Fax: + 48 12 398 42 51 E-mail: info@prsolutions.plIVO Software was established in 2001 and since then it has been involved only in creation and development of speech synthesis products. The Company conducts its own research in this field and takes advantage of the achievements of university centers from all over the world. Based on a proprietary technology IVO develops and implements software speaking with a human voice. It is used in business, rehabilitation of the blind and at home. To find out more about IVO Software visit: www.ivosoftware.com

08-05-2008 | IT, New Media & Software
IVO Software
Skype starts to speak thanks to Expressivo
IVO Software has presented the latest Expressivo 1.4.2 program which can read any text aloud. The new Expressivo has been embedded into the Skype communicator which, thanks to this, has started to speak to its users. The integration of Expressivo and Skype is automatic. A few moments is all it takes and Skype begins to speak. Now, at last, we can walk away from the computer. If we wish, the program
05-22-2008 | IT, New Media & Software
IVO Software
The world premiere of IVONA Telecom with Romanian voice and MRCP support
On May 20th - during 4th \"Call Center and Customer Care Conference and Expo\" in Bucharest, Romania - one of the most prestigious ITC trade shows in Central/Eastern Europe - IVO Software officially presents the newest version of IVONA Telecom Text-To-Speech solution with Romanian voice of Carmen and MRCP standard compliance. Being the first high quality Romanian synthetic voice, Carmen - as is the voice called - enters now the world
04-04-2008 | IT, New Media & Software
IVO Software
IVONA's Voices On YouTube
IVO Software - the manufacturer of IVONA TTS, one of the best text-to-speech systems in the world, has begun a global viral-video campaign promoting IVONA TTS. For the purposes of the campaign IVO has prepared a short, 42 seconds long video which has already won 11 honors in the YouTube Science & Technology category. In this video IVONA TTS introduces itself to the world at the same time encouraging a
03-28-2008 | IT, New Media & Software
IVO Software
Carmen To Conquer Romania
As of today everyone may download and use Carmen, the newest voice of IVONA – the Text-To-Speech system considered one of the best in the world. “We decided to make Romanian voice for two main reasons – first: Romanian high quality TTS voice was never made before; and second: Romanian language is not easy to build and we like that! Carmen is a female Romanian-speaking voice practically impossible to distinguish