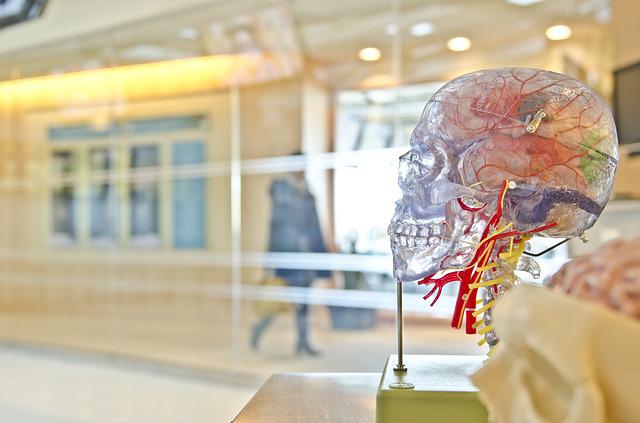 The vendor landscape of the global deep brain stimulation devices market for Parkinson’s disease includes giants such as Boston Scientific, Aleva Neurotherapeutics SA, Medtronic Inc., and St. Jude Medical Inc. The market players are increasingly outsourcing the manufacturing of DBS devices to contract manufacturing organizations (CMOs). Furthermore, the market players are targeting emerging economies in regions such as Asia Pacific by improving public awareness about Parkinson’s disease, its consequences, treatment options, and associated benefits of DBS devices, a new Transparency Market Research report states. “Improving the product life and reducing the prices of DBS devices would create better prospects for the market players,” a TMR analyst recommends. PDF Containing the Upcoming Market Analysis of Deep Brain Stimulation Devices for Parkinson's Disease is available at: http://www.transparencymarketresearch.com/sample/sample.php?flag=B&rep_id=1435Geriatric Population Represents Key Target Market for DBS DevicesRapidly growing geriatric population has led to the high prevalence of neurological disorders such as Alzheimer’s disease, Parkinson’s disease, dementia, and others. This is one of the key factors driving the growth of the global DBS devices market for Parkinson’s disease. Neurological disorders are one of the major causes of mortality and are responsible for around 12% of deaths every year across the globe. Parkinson’s disease is the most prevalent neurological disorder after Alzheimer’s disease.Though drug therapy is termed as the most effective treatment option to control the initial stages of Parkinson’s disease, surgical treatment using DBS devices is effective in the later stages of the disease. Patients and physicians increasingly prefer minimally invasive procedures for the treatment of Parkinson’s disease. The availability of technologically advanced DBS devices, coupled with favorable reimbursement scenario has led to the increased acceptance of DBS devices worldwide.However, the risks associated with deep brain stimulation procedures might play spoilsport in the growth of the market. The implementation of certain government policies such as the Affordable Care Act in the U.S. would negatively impact the market’s growth during the forecast period. “The presence of a large patient pool across the emerging economies is expected to create new growth opportunities for the market,” a TMR analyst states.Progressive Increase in New Cases of Parkinson’s Disease Puts New Opportunities in FocusAmong the key regions in the global DBS devices market for Parkinson’s disease, North America has been a major market owing to the growing prevalence of the disease. According to the Parkinson’s Disease Foundation, about 10 mn people worldwide suffer from this condition and over 1 mn of these patients are in the U.S. Around 60,000 new cases of Parkinson’s disease are diagnosed every year in the region. Furthermore, the growing awareness of the disease has propelled the growth of the regional DBS devices market.Read Current Market Status of Deep Brain Stimulation Devices for Parkinson's Disease at: http://www.transparencymarketresearch.com/deep-brain-stimulator-market.htmlThe global deep brain stimulation devices market for Parkinson’s disease is projected to expand at a CAGR of 11% during the period from 2013 to 2019. The market stood at a valuation of US$4.5 bn in 2012 and is anticipated to be worth US$9.4 bn by the end of 2020.Transparency Market Research (TMR) is a global market intelligence company, providing global business information reports and services. Our exclusive blend of quantitative forecasting and trends analysis provides forward-looking insight for thousands of decision makers. TMR’s experienced team of Analysts, Researchers, and Consultants, use proprietary data sources and various tools and techniques to gather and analyze information. Our data repository is continuously updated and revised by a team of research experts, so that it always reflects the latest trends and information. With a broad research and analysis capability, Transparency Market Research employs rigorous primary and secondary research techniques in developing distinctive data sets and research material for business reports.90 State Street, Suite 700 Albany, NY 12207 Tel: +1-518-618-1030 USA - Canada Toll Free: 866-552-3453 Email: sales@transparencymarketresearch.com Website: http://www.transparencymarketresearch.com/

04-30-2019 | IT, New Media & Software
Linetime Limited
QualitySolicitors Parkinson Wright invest in the future
QualitySolicitors Parkinson Wright has selected Liberate from Linetime as its business-wide legal services software platform. The Worcestershire based practice, with over 100 staff, operate from 4 offices and have a highly regarded reputation for their services including residential property, private client, family, dispute resolution and commercial. The firm also has its own estate agency. The firm recognised that to continue delivering high quality services to its clients it needed to provide
11-07-2017 | Health & Medicine
Market Research Future
Wolff Parkinson White syndrome Market found Future opportunities of 2023
The Analysis presents the study of Global Wolff Parkinson White syndrome Market facilitating the regional and country wise analysis covering the strategic analysis of each market player and the market share they hold Wolff Parkinson White Syndrome Market Information: By Types (Type A, Type B) By Diagnosis (Electrocardiogram (ECG), Electrophysiological Testing, Others) By Treatment (Drugs (Anti-Arrhythmic, Beta-Blockers, Others), Cardioversion, Radiofrequency Catheter Ablation, Surgery, Artificial Pacemaker, Others) By End Users - Global
08-01-2017 | Advertising, Media Consulting, …
Spire Market Research
Global Belt Screen Changers Market 2017-2022 Nordson, Maag, JC Times, Parkinson, …
Belt Screen Changers Market Research Report A market study ” Global Belt Screen Changers Market ” examines the performance of the Belt Screen Changers market Size 2017. It encloses an in-depth Research of the Belt Screen Changers market state and the competitive landscape globally. This report analyzes the potential of Belt Screen Changers market in the present and the future prospects from various angles in detail. Request For Sample Report: http://bit.ly/2vgdMpD The
10-05-2011 | Health & Medicine
Parkinson Research Foundation
PARKINSON RESEARCH FOUNDATION’S (PRF) WESTERN CARIBBEAN FOURTH EDUCATIONAL CRU …
The Parkinson Research Foundation (PRF), a non-profit organization with a dedicated patient education program, will return to the Western Caribbean for its fourth educational cruise. PRF developed its educational cruise program to give Parkinson patients, caregivers family and loved ones unrivaled access to experts in the movement-disorder field. After visiting the Bahamas and Alaska on the first two respective PRF cruises, PRF’s ventured to the Western Caribbean on its most
09-16-2011 | Health & Medicine
Parkinson Research Foundation
PARKINSON RESEARCH FOUNDATION (PRF) Develops New Patient Outreach Program
One of the principal missions of the Parkinson Research Foundation (PRF) that distinguishes it from other Parkinson organizations is PRF’s focus on patient education; specifically education that enables Parkinson patients and their caregivers to live fuller and more comfortable lives with Parkinson's disease. The Foundation’s educational events, including educational cruises, gather leading Parkinson experts, therapists and nutritionists from across the country to offer life-changing tools and knowledge for individuals affected
10-29-2010 | Health & Medicine
Parkinson Research Foundation
Parkinson`s Disease:New Hope Educational Conference
PARKINSON’S DISEASE: NEW HOPE EDUCATIONAL CONFERENCE Become knowledgeable about the advancements in surgery The Parkinson Research Foundation is proud to announce that Dr. James Schumacher will be speaking about advances in surgery at our fourth annual New Hope for Parkinson’s conference on November 1st in Boca Raton. Dr. Schumacher is an internationally known expert in the field of neurosurgical treatment of Parkinson’s disease and movement disorders. He has an extensive background and
Comments about openPR
Your portal is fast, simple, and easy to use. Others may have more functions but they also demand more editing time, you have to preformat the text in order to achieve a good result etc. I think openPR is really fantastic!
Andreas Knepper, wallmedien AG