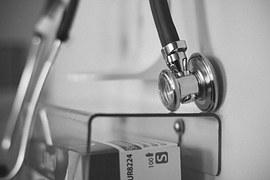 Dengue is a mosquito-born flavivirus disease and causes dengue fever characterized by severe headache, skin rash, debilitating muscle, joint pain leaving a feverish feeling. The dengue virus is also called as ‘breakbone fever’ due to the symptoms it causes. The symptoms for dengue start appearing in the span of 3-14 days and can infect infants, young children and adults. Dengue has emerged as one of the critical vector-borne diseases especially in tropical and subtropical regions of the world. The first dengue vaccine, Dengvaxia (CYD-TDV) developed by Sanofi Pasteur registered in Mexico in December, 2015. CYD-TDV vaccine is a live recombinant tetravalent dengue vaccine which was evaluated as a 3 dose series 0/6/12 month schedule in Phase III clinical studies. There are around five other vaccine candidates under evaluation in clinical trials, comprising other live-attenuated vaccines, as well as subunit, DNA and purified inactivated vaccine candidates. Along with the developments in dengue vaccines additional technological approaches, such as virus-vectored and VLP-based vaccines, are held under evaluation in preclinical studies for further advancements.The development for dengue vaccine had begun by 1929 but was delayed due to the incomplete knowledge of the diseases. Sanofi Pasture first approved the vaccine for dengue in 2015 and integrated dengue prevention reducing the mortality rate by almost 50%. WHO Strategic Advisory Group of Experts (SAGE) on Immunization reviewed CYD-TDV in April 2016 and recommended countries to introduce the vaccine through its Global dengue prevention and Control Strategy (2012-2020).Request Free Report Sample@ http://www.futuremarketinsights.com/reports/sample/rep-gb-1763The drivers for dengue vaccine market include growing healthcare concerns, increase in mortality rate because of dengue fever. And the challenges faced by the scientist in developing this vaccines were majorly due to the complexity of the dengue virus, expensive trials and time to develop them. After the introduction of Dengvaxia (CYD-TDV), five additional candidates are I clinical trials. The prices for dengue vaccines are much higher but due to government intervention the vaccine are sold on discounted prices in most countries. In March 2016, Dengvaxia was licensed in Mexico, the Philippines, Brazil and El Salvador for effective prevention against dengue from all four serotypes which are mostly found in individuals of age 9-45 years living in endemic areas.According to WHO (World Health Organization) dengue epidemics are being reported every year from more than 100 endemic countries causing 50-100 million dengue infections worldwide annually. In the years 2010, 2013 and 2015, nearly 2.4 million cases of dengue had been reported indicating the sharp increase in the number. It was estimated 500 000 people with severe dengue require hospitalization each year and from them 2.5% of those affected die each year. The dengue vaccine is being produced in in France in dedicated manufacturing site including a full-scale production capacity of 100 million of vaccine doses annually.In 2016, Philippines had registered to have the highest incidence of confirmed dengue among the 10 endemic countries which had participated in clinical efficacy studies for the vaccine. In April 2016, the first public dengue immunization program was started in the Philippines. The major launch event which was hosted by the Department of Health (DoH) of the Philippines, which lists the details about the country’s plan of vaccinating about 1 million public school children and was shared with the international and national press during the event. Where in February, Sanofi Pasteur’s dengue vaccine was firstly made available for the private sector vaccination in the PhilippinesRequest For TOC@ http://www.futuremarketinsights.com/toc/rep-gb-1763In the history of global burden of diseases, dengue which bears about 70% of it had an optimism after the first approval of the vaccine. Due to the developments in the recent years, pharmaceutical companies have started making effort in developing dengue vaccine and have registered their products for clinical trials. Companies such as GlaxoSmithKline plc, Merck & Co., Inc. and Takeda Pharmaceutical Company Ltd. are each at different stages in developing the vaccines for dengue.ABOUT US: Future Market Insights (FMI) is a leading market intelligence and consulting firm. We deliver syndicated research reports, custom research reports and consulting services, which are personalized in nature. FMI delivers a complete packaged solution, which combines current market intelligence, statistical anecdotes, technology inputs, valuable growth insights, an aerial view of the competitive framework, and future market trends.CONTACT:616 Corporate Way, Suite 2-9018, Valley Cottage, NY 10989, United States T: +1-347-918-3531 F: +1-845-579-5705 Email: sales@futuremarketinsights.com Press: press@futuremarketinsights.com Website: www.futuremarketinsights.com