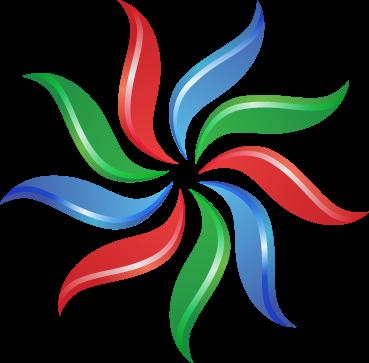 BARCELONA, SPAIN April 9th, 2008 Fluendo S.A. announced, jointly with Mandriva, the new release of Codeina, the Codec Manager, integrated in the new Mandriva Linux Spring 2008 release.Most Linux distributions, by essence, do not include proprietary softwares such as audio and video codecs which are required to read multimedia files, like music or movies. Fluendo, a Spanish company renown as the main sponsor behind the GStreamer media framework and with a long time involvement with the FOSS community, provides legally safe and technically excellent codec products to address that issue. The Fluendo Codec Manager has been designed to smoothly support users of Mandriva Linux distribution.The Codec Manager, fully integrated in the Mandriva Linux Spring 2008 release, will be automatically launched by the system when a codec is missing on the user's desktop. Codeina aims to enhance the multimedia experience by facilitating multiple solutions including reverse engineered packages from Mandriva repositories and Fluendo's products.Fluendo and Mandriva did put a very special attention in making sure that the end user gets a good explanation on why they need to go through that process and how to best decide between commercial products and Free Software solutions which could have some legal concerns.Codeina will then install the required codecs and transparently bring you back to your multimedia experience without any application restart. It will also regularly check for updates concerning your products as Fluendo codecs come with a 1 year support and update contract.The Codec Manager will be available in all Mandriva Spring 2008 editions: the Free edition: community edition free of any proprietary drivers, application or plug-ins, the One edition: installable live Cds including all necessary drivers for easy Linux experience, the Powerpack edition: all Mandriva distribution including exclusive softwares and services.“It has never been easier to play movies and music. Mandriva 2008 Spring together with Codeina just gets you the right codec at the right time and the playback just goes on. That's the kind of fluid user experience I would expect from a modern distribution !”, says Julien Moutte, Founder of Fluendo S.A. “Codeina is, I believe, one of the most respectful and efficient approach to solving the codecs issues for end users.”About Fluendo S.A., Fluendo was founded in 2004 to address the multimedia issue in GNU/Linux and Free Software in General. Fluendo employs several of the central developers of the GStreamer multimedia framework, which is quickly establishing itself as the de-facto standard multimedia framework for GNU/Linux and UNIX systems. Fluendo provides a wide range of products under and above GStreamer including proprietary codecs (together with their respective patent licenses), a streaming server, a DVD player and a media center. www.fluendo.comAbout Mandriva Mandriva, formerly known as Mandrakesoft, is the publisher of Mandriva Linux, an easy-to-use and innovative operating system. It is one of the most popular Linux editions in the world. Dedicated to making open source technologies accessible to all users, the company offers a full range of products and services to individuals, enterprises and government organizations. Mandriva products are available online in 80 languages and in more than 140 countries through dedicated channels. Headquartered in Paris, France, the company is publicly traded on the Euronext Marche Libre. More information at : http://www.mandriva.comFluendo Group - World Trade Cneter Edifico Norte Planta 2 - 08039 Barcelona Spain contact press: Muriel Moscardini , mail:muriel@fluendo.com, skype:muriel.moscardiniFluendo is a spanish company created in 2004 dedicated to provide multimedia solutions in the open source environment. the group counts 3 subsidiaries, in spain too: Fluendo SA, Fluendo Embedded SL, Flumotion Services SA. The main products of the group are Elisa, an open media center (http://elisa.fluendo.com), a streaming platform (www.flumotion.com), and all the available codecs for multimedia decoding on linux platform (www.fluendo.com)