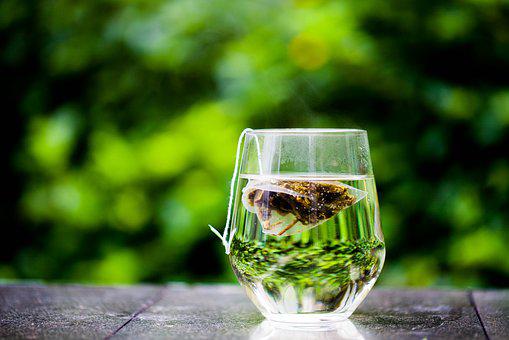 Polyphenols are plant derived metabolites obtained from grape seeds, apples, pomegranate, green tea, cranberries, beetroot and potato among others. It has high antioxidant and anti-inflammatory properties hence it is used in the treatment of diabetes, cancer and cardiovascular diseases. In addition, it is also used for enhancing the absorption rate of vitamins in the body. Polyphenols are mainly classified as flavonoids and non-flavonoids. Flavonoids such as flavanols, anthocyanins, catechins are extensively consumed among all polyphenols. The effect of polyphenols is much faster and better than other substitute products such as vitamin B, C and vitamin D and can be consumed in lesser quantity as compared to these substitutes to show similar health benefits.Download exclusive Sample of this report: http://www.transparencymarketresearch.com/sample/sample.php?flag=S&rep_id=412The global polyphenols market is expected to experience rapid development over the forecast period, due to growing aging population (over 65 yrs) in Japan and Europe coupled with technological development of extraction process of polyphenols and their emerging applications. Other key factors which are expected to drive the market includes growing consumer awareness about polyphenols to maintain good health and shift towards herbal products over synthetic drugs. However, the limited supply of raw materials and stringent quality standards are expected to hinder the market growth. The quality of products especially in Asia Pacific is a matter of concern in the polyphenols market. Grape seed polyphenols accounted for over 50% of the total polyphenols consumed in 2011 followed by green tea polyphenols. Grape polyphenols are rich source of anthocyanins hence it is used in the treatment of diabetes and cancer. Green tea is expected to be fastest growing source of polyphenols owing to its growing consumption in Japan and China. They are specially used in the treatment of anogenital warts, skin tumors and obesity. Other sources of polyphenols include olive, cocoa and pomegranate. Cocoa polyphenols helps in improving insulin resistance owing to which several chocolate manufacturers fortify their products with cocoa polyphenols especially for diabetic patients. Traditionally, polyphenols have been used as natural food coloring agent however; presently they are being primarily used as nutraceuticals. Functional beverage was the largest growing application for polyphenols and accounted for nearly 40% of the market in 2011. Functional beverages are mainly consumed in Japan and find its application in bottled water, tea, sports and energy drinks. Due to the bitter taste of polyphenols, consumers prefer dietary supplements in the form of capsules especially in North America and Asia Pacific. Other applications of polyphenols include cosmetics, fish preservation and dyes for non-synthetic fibers. In terms of volumes, Asia Pacific accounted for more than 40% of the global polyphenols market in 2011 and is expected to be the fastest growing region with an estimated CAGR of over 8% from 2012 to 2018. Europe is a mature market for polyphenols and hence it is expected to grow at a slower rate as compared to other regions. The growth of polyphenols in Europe was hampered by strict Government regulations however; recently European Food Safety Authority (EFSA) has given scientific opinion on health claims of polyphenols and approved its application in the food industry. The production capacities of polyphenols are shifting towards the East due to abundant availability of raw material and high consumption especially in countries such as Japan. Other polyphenols such as olives, cocoa, etc. are mostly consumed in Brazil and Middle East.Capacity additions in Asia Pacific have led to oversupply of polyphenols which has further led to continuous price erosion in the global market. The approach of polyphenol manufacturer is quality driven rather than price driven. Some of the key players in the market include Layn Natural Ingredients, Indena, Chr.Hansen, Danisco and Naturex.About UsTransparency Market Research (TMR) is a market intelligence company, providing global business information reports and services. Our exclusive blend of quantitative forecasting and trends analysis provides forward-looking insight for thousands of decision makers. TMR’s experienced team of analysts, researchers, and consultants, use proprietary data sources and various tools and techniques to gather, and analyze information. Our business offerings represent the latest and the most reliable information indispensable for businesses to sustain a competitive edge.US Office Contact90 State Street, Suite 700 Albany, NY 12207 Tel: +1-518-618-1030 USA - Canada Toll Free: 866-552-3453 Email: sales@transparencymarketresearch.com Website: http://www.transparencymarketresearch.com