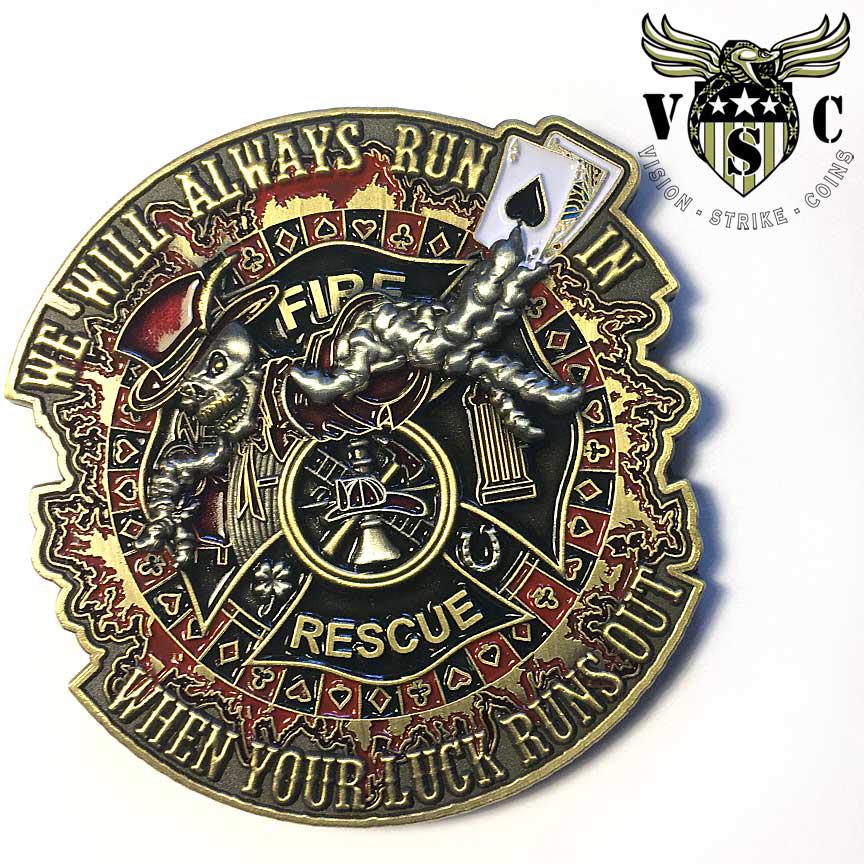 When it comes to making high end military coins for the USMC you have to have the originality and understanding.More than just a coin site. More than just fashioning coins for US Marines. It has to be more because it represents one of the finest, hard core, edgy, gritty, doggedly determined and massively patriotic branch of the United States: The United States Marine Corps!The coins have to have elements of custom art and originality because who wants to look at some tired overdone coin that was already copied over by so many and has been watered down to within an inch of its coin development life. That means it’s old and tired, and everyone either has it or the lack of creativity sets it up as just another military coin. We have seen enough of that and honestly its time has come and gone. Now US Marines want originality because they are leaders and they set the standard and when it comes to US Marine Corps coins it has to as well. Like the USMC 300 Spartan 4 Inch Magnum coin displaying the Spartan helmet and headdress feathered with EGA and United States Marine Corps and the weathered battle helmet that is so iconic among Marines who connect with its warrior ethos. It could be the Tefelhunden Magnum coin with Iron Mike, Bulldog and references made to the famous USMC quote from Belleau Wood, “Retreat Hell, We Just Got Here” that makes a difference. That coin is as original as it gets and is one prime example of the quality, size and thickness that Vision-Strike-Coins.Com produces. There is also another USMC coin produced in the shape of a bottle opener that was crafted to pop the top off any cola or drink you can throw at it. The Tun Tavern bottle opener also of the VSC Magnum line at 2.5 Inches depicts the Tun Tavern and the word Alumni to suggest all US Marines are brothers and connected to the very first registered form there, at this small bar outside Philadelphia which became the birthplace of the United States Marine Corps. A coin that serves as a bottle opener and a coin and as a piece of USMC history. The choices for USMC coins at Vision-Strike-Coins increases daily as new coins are introduced into their arsenal of military coins with the originality of art found nowhere else in the industry. The most widely copied coin company in the US where few attain this level of proficiency when it comes to making coins and has unparalleled original military art that no one else possesses. Come and visit them and see why their coins are another level above like the US Marines they serve.The VSC mission is to produce the most detailed and finest military coin craftsmanship in the industry. With offices located throughout the United States from Oregon to California, Texas to Florida each of our offices brings a dedication to serving our US active duty military for their military design and printing found on everything we make. Their design expertise with their combined knowledge and background as US military Veterans and a fervent desire to provide the very best military gifts and products is at the heart of everything they do.Vision Strike Coins 4802 SW Scholls-Ferry Rd Ste C Portland, OR 97225

You can edit or delete your press release USMC Coins at Vision-Strike-Coins.Com Set a New Standard here