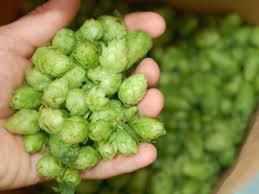 Hop Extracts is a brewing component used commonly in making beer for commercial and personal purposes. In the year 2000, a journal of Agricultural & Food Chemistry listed hops as anti-oxidant. Later in 2005, Journal of Molecular Nutrition listed Hops as Anti-Infective. Due to its properties, Hops became a critical ingredient in beer production and achieved a significant role in the same. In 1405, Hops was first legalized in Flanders (currently Belgium) which witnessed high growth in production since then. In 1516, REINHEITSGEBOT (German Beer Purity Law) passed a bill in Bavaria State of Germany which requires only water, barley malt, hops, and yeast may be used for crafting beer. This is one of the oldest law still applied globally. Almost all the countries have a market for Hop and Hop Extracts. During the time, many unique Hop Extracts are developed in order to satisfy the taste buds of people and their preferences. Hops are used to give flavor, aroma, color and taste to a beer when mixed in appropriate proportions during the brewing process. While many factors create overall beer flavors, hops will have the biggest impact on how beer is perceived. Hop Extracts market is strong in Americas and Europe because a large portion of the population consumes beer which is driving the Hop Extracts market. While a large population of APEJ and MEA still don't drink alcoholic beverages which have restricted the Hop Extracts market in these regions. However, countries like India, have shown significant growth in beer consumption; India is the most growing beer market in the world is likely to become next home of many international Hop Extracts producers in next 5 to 10 years. Although, India doesn’t produce Hops which create a great opportunity for companies to start producing hops in the country. Apart from India, China and Hong Kong are also one of the most growing markets of Hop Extracts in APEJ region due to their historical relation with beer. Hop Extracts market is expected to witness an escalating demand among the consumers because of its significant use and increasing presence of beer, ale and other beverages throughout the globe.Growing demand for beer and ale is driving the Hop Extracts market globally. Consumers all around the world are getting attracted towards Hop Extracts because of its ease and low production costs which is driving the market. Hop extracts save time and energy while producing beer. Hops are generally added in Wort in order to give bittering, aroma and flavour to beer. Countries like China, India, and Hong Kong, are the future markets for alcoholic beverage and thus a promising market for Hop Extracts. Perception towards alcoholic beverage in the Middle East and APEJ is changing, and with the rise of per capita income, people changed their way of living and shifted towards beer from fruit juices. Hop Extracts serves best for the purpose of brewing when one needs to save time which won't be possible without Hop Extracts. Hence, Hop Extracts market is expected to grow during the forecast period due to its versatile benefits.However, Hop Extracts comes along with some restraints. Hop Extracts cannot be easily found in developing markets. Most of the people have no knowledge of Hop Extracts in most of the countries which is a big restraint for this market because of limited advertisement. People also fears of dangers such as change in alcoholic content, conversion of liquid to poison or acid and others that they perceive in using Hop extracts instead of pellets or hop fruit.Hop Extracts market has an opportunity to expand in APEJ and MEA region. In the past decade, hundreds of Hop Extracts players entered China because of decent Hop production in the country and all of them are doing great. There is a need to increase the presence throughout the region.Hop Extracts market can be segmented on the basis of type which includes oil, pellets and aroma. Hop Oil is the most commonly used ingredient in beer. Hop Extracts market can be segmented on the basis of Hop variety which includes Cascade, Nugget, Willamette, Citra, Crystal, Cluster, Centennial and Others (Chinook, Columbus, Mosaic, etc.). Hop Extracts market can also be segmented on the basis of types of applications which includes brewing, herbal treatment and pharmaceutical.Request to view table of content @ http://www.persistencemarketresearch.com/toc/13060Regional coverage for Hop Extracts market includes North America, Latin America, Eastern Europe, Western Europe, Asia Pacific Excluding Japan (APEJ) and the Middle East and Africa (MEA). Hop Extract’s market witnesses a high demand in North America and Europe because of the high consumption of beers in the region. However, the Hop Extracts market is expected to grow significantly in APEJ region as consumers have widely adopting beer and ale.A sample of this report is available upon request @ http://www.persistencemarketresearch.com/samples/13060The market players in Hop Extracts market are Hopsteiner, BSG, Northern Brewers, The Malt Miller, MoreBeer, Charles faram and many more.About UsPersistence Market Research (PMR) is a third-platform research firm. Our research model is a unique collaboration of data analytics and market research methodology to help businesses achieve optimal performance.To support companies in overcoming complex business challenges, we follow a multi-disciplinary approach. At PMR, we unite various data streams from multi-dimensional sources. By deploying real-time data collection, big data, and customer experience analytics, we deliver business intelligence for organizations of all sizes.Contact UsPersistence Market Research 305 Broadway 7th Floor, New York City, NY 10007, United States, USA – Canada Toll Free: 800-961-0353Email: sales@persistencemarketresearch.com Web: http://www.persistencemarketresearch.com

You can edit or delete your press release Hop Extracts Market : Global Snapshot by 2026 here