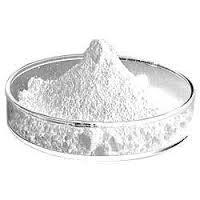 You can edit or delete your press release Dextrose Anhydrous Market : Global Snapshot by 2024 here

12-04-2020 | Business, Economy, Finances, B …
Persistence Market Research
Europe to be Led by techno-Commercial Innovations in Hereditary Cancer Testing M …
Hereditary cancer testing is a process of identifying an inherited gene mutation that increases the risk of cancer development. It mainly includes predictive genetic testing and clinical DNA sequencing, in predictive genetic testing, patient’s family history is analyzed for any inherited mutation from ancestry. In DNA sequencing, entire DNA or genome of an individual is analyzed. It is useful for testing many genetic mutations at a time. Here are
12-04-2020 | Business, Economy, Finances, B …
Persistence Market Research
North America to Outshine the Global Slowdown in Veterinary Rapid Diagnostic Tes …
Veterinary rapid diagnostic test is medical diagnostic test that is quick and easy to perform. Veterinary rapid diagnostic test is more accurate than presumptive diagnosis and can be used at home. Veterinary rapid diagnostic test gives result in about 15 minutes so that the treatment can be given immediately without waiting for the microscopic results. Veterinary rapid diagnostic test does not require any expensive or complicated
12-04-2020 | Business, Economy, Finances, B …
Persistence Market Research
Europe to be Way Ahead in the Lentiviral Expression Systems market between 2020 …
Lentiviral are vectors that are derived from the virus known as human immunodeficiency virus and is used to transfer gene in the cells, such as mammalian cell and others. Lentiviruses are used for transfection in non-dividing and actively dividing cell. This acts as an advantage to another type of retrovirus. The lentiviruses fall in the category of a retrovirus. The lentiviral expression system is developed, which can influence the gene
12-04-2020 | Business, Economy, Finances, B …
Persistence Market Research
The Alzheimer's Disease Therapeutics Market to Get Swayed by Europe between 2020 …
Alzheimer’s disease is a neurodegenerative, progressive, non-reversible disorder. Alzheimer’s disease is caused due to abnormal functioning of brain cells i.e. failure of synaptic transmission, resulting in the loss of cognitive functions. Some of the signs and symptoms of alzheimer’s disease are memory loss, insomnia, repetitive movements, agitation, anxiety, depression and loss of reasoning abilities. All memory and mental functioning may be lost in advanced stages of the disease. Alzheimer’s disease