Roy Nouhra, ASIS founder & CEO talks about work/life balance and the way it all started. 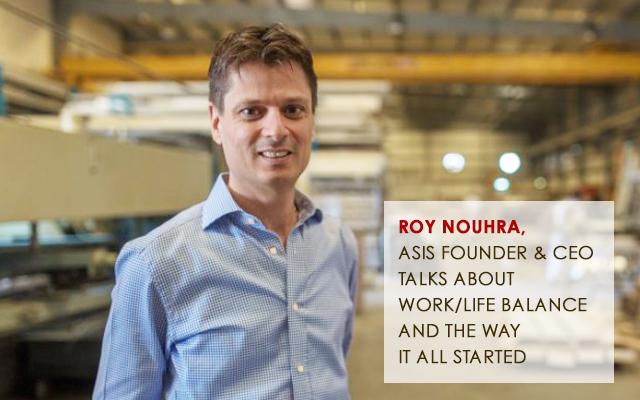 You can edit or delete your press release Roy Nouhra, ASIS founder & CEO talks about work/life balance and the way it all started. here

09-08-2021 | Industry, Real Estate & Constr …
ASIS Boats
An ASIS Boat For Coastal Fisheries
Two New ASIS Builds to Aid the Coastal Fishery Division of the MIMRA Coastal fisheries are becoming increasingly important in the Marshall Islands. Most of the Marshall islands land is a few meters above sea level and soils are generally poor. Hence coastal fisheries are very important for subsistence purpose and for income generation. Fisheries are regulated, promoted and managed by the Marshall Islands Marine Resources Authority (MIMRA) that has placed an
07-05-2021 | Industry, Real Estate & Constr …
ASIS Boats
Latest delivery News from ASIS Boats
ASIS Boats has just completed the production of two 8m Patrol Boats for a private company that provides construction and vital services in the Oil and Gas sector in West Africa. These RHIBs are designed to ensure the safety of the State’s internal waterways by regulating, establishing and maintaining them. Each RHIB is featuring our patented fiberglass air-hull, an aluminum open wheel house, a military grey Neoprene hypalon 1670 Dtex collar filled
03-08-2021 | Industry, Real Estate & Constr …
ASIS Boats
Why Dibba Bay chose an ASIS RIB for their oyster harvest.
Having the right boat for Oyster Farming is crucial for proper harvesting. To be able to go out in any kind of sea condition regardless of the weather is a must. Ramie Murray founder of Dibba Bay Oysters; Middle East’s first shellfish farm producing gourmet oysters says: “Having an ASIS RHIB as part of our fleet has been life changing. No matter the sea condition or the tidal levels we can
01-18-2021 | Industry, Real Estate & Constr …
ASIS Boats
Delivery of an ASIS Boats to a Marina in Dubai
The ASIS Marina Operations RIB Boat comes with a unique flat foam push bow and bow pull post, making it the preferred support boat for Marinas. Getting off to a good start of the year, we delivered last week an 8m custom-built RIB Boat to a Marina in Dubai to complete their already existing fleet of 2 ASIS Boats. This 8 meter ASIS Marina Operations RHIB is equipped with the stainless bow