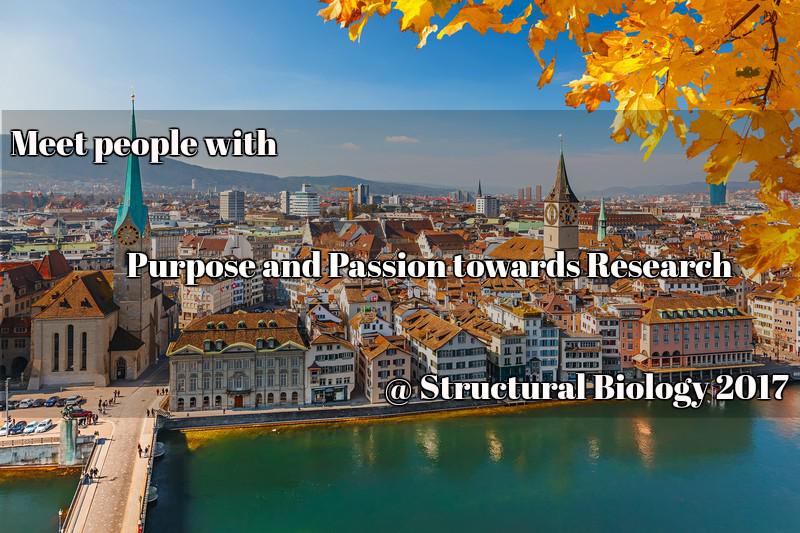 Structural Biology is the field of research which mainly focuses on structure determination of macromolecules. The experimental methods of structure determination include X-ray crystallography, Nuclear Magnetic Resonance and cryo-Electron Microscopy. In the recent past much focus has been laid on computational techniques for structure prediction as they are time saving and cost efficient. These techniques include homology modeling, ab-initio modeling and threading. In the recent years this field has seen a lot of advancements; both in experimental methods and computational methods. Structural Biology Conference Series provides a platform to discuss the latest discoveries and advances in this field by conducting Structural Biology Conferences annually. These conferences mainly aims in bringing biophysics, bioinformatics and molecular biology researchers from all over the world under a single roof, where they discuss their researches, discoveries and advancements in the field. Previous meeting ‘Structural Biology 2016’ was held in New Orleans, USA during August 22-23, 2016 with a huge success. The next year event, Structural Biology 2017 is scheduled at the beautiful city of Europe: Zurich, Switzerland during September 18-19, 2017. Eminent researcher, Prof. Miachel G Rossmann of Purdue University was a Keynote speaker at Structural Biology 2016. He has shared his overview on Structural Virology in his keynote lecture. Also he presented another talk in the meeting where he laid a special focus on his research on Zika Virus. He said ‘When Zika started to be recognized as a major threat to humanity, cryoEM had advanced to allow us to determine the structure of Zika virus to near-atomic resolution using only cryoEM. The most important difference between dengue and Zika virus was found to be at a glycosylation site which is suspected to be involved in the recognition of molecules on the surface of potential host cells’.Other renowned speakers at Structural Biology 2016 included, Jeffrey Skolnick from Georgia Institute of Technology, USA; Bi-Cheng Wang from University of Georgia, USA; Robert M Stroud from University of California, San Francisco, USA; John H. Miller, Victoria University of Wellington, New Zealand, Irena Roterman-Konieczna, Jagiellonian University, Poland, Shigeyuki Yokoyama, RIKEN Structural Biology Laboratory, Japan; who gave their fruitful contributions in the form of highly informative presentations and made the conference a top notch one.Structural Biology Conference Series promises another exemplary event in 2017, the ‘9th International Conference on Structural Biology’ between September 18-19, 2017 at Zurich, Switzerland. We are looking forward to gather all the top class researches from every corner of the world in 2017 meeting as well. Also we are looking forward for high quality scientific sessions and networking opportunities.Program Coordinator Structural Biology 2017 E-mail: structuralbiology@biochemconferences.org Phone: +1 (702) 508-5200 Ext: 8033ConferenceSeries.com hosts 3000+ Global Events that includes over 1000+ International Conferences, 1000+ Symposiums and 1000+Workshops and preconference workshops on diverse Medical, Pharmaceutical, Clinical, Engineering, Science, Technology, Business and Management fields. Over 25 Million visitors flock to our websites to observe the attest developments in these fields.2360 Corporate Circle Suite 400 Henderson NV 89074-7722, USA