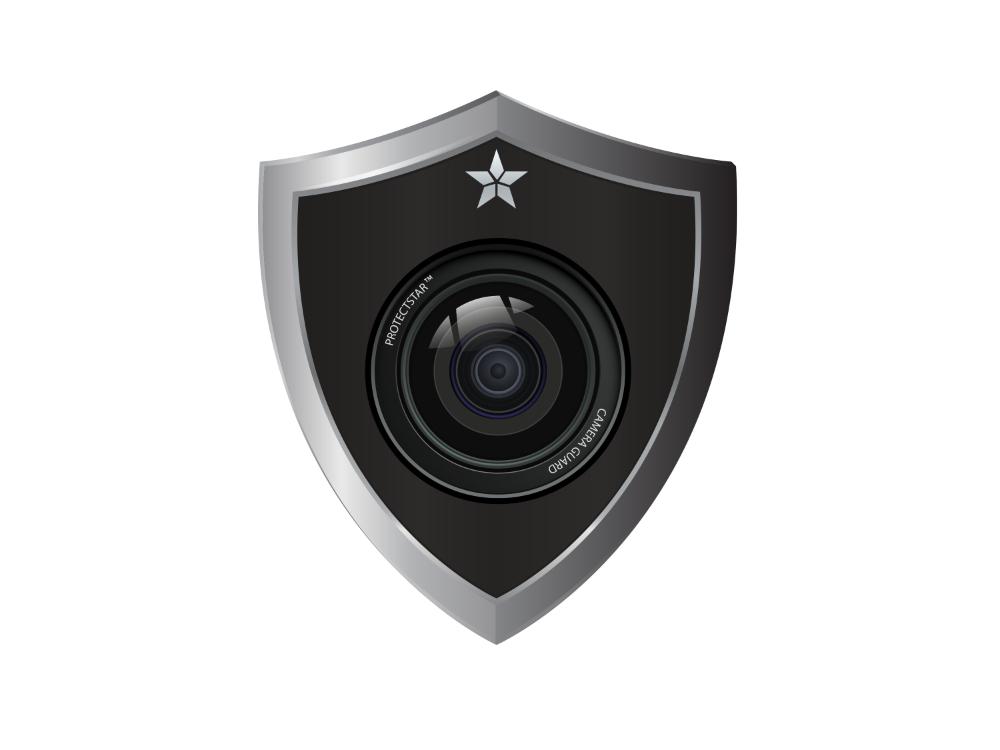 Secret services, hackers, voyeurs, online-scammers: Your own computer isn’t safe any longer! The world first Camera Guard brings back privacy at work place and in the children's rooms at home with one single click – specifically protecting the webcam the and the microphone of iMacs and from MacBooks.Who knows who’s observing you right now? After the NSA documents from the archive of the whistleblower Edward Snowden became public, it was clear: Not only data thieves and computer scammers are interested in invading the privacy of the user. Also secret services use every possibility at their disposal to gain access. Taking over the computer webcam or the built in microphone from afar is no longer just science fiction. Who wants to be secretly observed? Chris Bohn, CEO of ProtectStar: “Who wants to be observed or overheard by unknown people while at work or at home? No-one. That's the reason why millions of users all over the world tape over their webcams and microphones. Even Facebook founder Mark Zuckerberg and FBI boss James Comey do that. For a lot of parents this is one of the most commonly used safety measures on computers in children's rooms. “Alarm! Camera Guard reports access of camera and microphone When the Camera Guard is installed, a single click is enough in order to secure the camera and microphone. The safety tool from then on reports all applications and processes that try to gain access to the camera and microphone. The user himself then decides if he whishes to allow access to the eyes and ears of the Mac Computer. Or indeed if he does not wish allow it. All accesses and warnings are protocolled in a log file. The personal settings of the Camera Guard are also protected by a PIN number which is equipped with special hacker protection in order to even prevent the software itself from being manipulated.Deep Detective: The intelligent safety officer The core of the safety software is the intelligent Deep Detective. This detective does not only recognize well known malware, like for example the Backdoor.MAC.Eleanor, which specifically takes over the control of the integrated webcam, it also identifies attacks of previously unknown malware. Just like an alarm system, a firewall or intruder detection, all attacks from hackers, spies and trojans are detected and blocked using heuristic methods. At the same time the software uses minimal system resources. FREE- and price-reduced PRO-full version Camera Guard runs on Mac OS 10.11 or higher (OS X El Capitan, macOS Sierra). The Mac Software is given away for free in the FREE-Version. Here you already have the protection of the webcam and safety information over accesses.The PRO-version additionally offers protection of the microphone, the Deep Detective, protection against well-known and unknown access attempts, a protocol in a log file, a password protection and a 24/7 support via email. The pro-version costs 29.90 Euros – and only 19.90 Euros in the first week of launch.Based in Miami, Florida, ProtectStar, Inc. was founded by Christopher Bohn in 2004. Their aim is to protect the users of tomorrow against unauthorized data access today. ProtectStar was among the first companies to check mobile devices for security risks, a pioneering effort leading to significant security improvements in mobile and smart phones. In 2006, it released Data Shredder for Windows, which has become an industry standard in secure data deletion. The company's iShredder for iOS, released in 2011, is the leading iOS data erasure app that protects against third parties restoring deleted files. ProtectStar has more than 1,000,000 customers in over 100 countries, from industrial, business, institutional, government, and military sectors, as well as individual users. Copyright (C) 2004-2016 ProtectStar, Inc. All Rights Reserved. Apple, the Apple logo, Mac OS X, iPhone, iPad, iPod, Macintosh, and macOS are registered trademarks of Apple Inc. in the U.S. and/or other countries. Other trademarks and registered trademarks may be the property of their respective owners.Nigel Donahue-Wolters PR ManagerCorporatePR@protectstar.com Nigel Donahue-Wolters PR Manager CorporatePR@protectstar.comProtectStar Inc. Press Center 444 Brickell Avenue Suite 51103 Miami, FL 33131 USA Phone: +1 305 328 5044 Fax : +1 305 967 6704

You can edit or delete your press release No spying any longer: Hacker protection Camera Guard for MacOS blocks webcam and microphone here

07-26-2016 | IT, New Media & Software
fournova Software GmbH
fournova releases Tower 2.4 for Mac
Today, fournova announces the release of Tower 2.4. With version control being an essential tool in today’s web and software world, the popular Mac Git client has become a fundamental part of the tool chain in teams large and small. One of Tower’s advantages is its integration with the most popular Git hosting services. Users have access to these right out of the box. The new version adds new platforms to
07-12-2016 | IT, New Media & Software
Persistence Market Research Pvt. Ltd
PC/Mac Gamer and PC/Mac Gaming Peripheral Market: North America is the largest m …
A gamer is someone who takes part in interactive gaming such as PC/Mac games. PC/Mac gamer can be bifurcated into 3 categories such as hardcore gamer, enthusiast gamer and casual gamer. View Sample Report: http://www.persistencemarketresearch.com/samples/3247 Hardcore gamers are someone who spends lot of time on PC/Mac games. Hardcore gamers are technology savvy and have the latest gaming peripherals. Enthusiast gamers are someone who has very keen interest in the games but
07-06-2016 | IT, New Media & Software
AnyDesk Software GmbH
Remote Desktop for the Mac
AnyDesk publishes first public beta for macOS Stuttgart, 07 July 2016 – AnyDesk, the remote desktop software specialists (www.anydesk.com), are for the first time presenting a Mac version of their solution of the same name. The public beta can now be downloaded for macOS, supplementing the existing Windows and Linux versions. This software enables users to conveniently control a computer via the Internet by remote access. For example, AnyDesk can be
08-26-2013 | IT, New Media & Software
Michael Zapf Software
XML Notepad for Mac released
The XML Notepad for Mac OS X is released at the AppStore. XML editing the easy way. If you are looking for an easy. lightweight and convenient xml editor, this is the right tool for you. Editing a xml file is no rocket science anymore. You don’t need to have developer skills anymore to edit xml files. Don’t be afraid. Note: This is not an swiss army knife for XML. There is no overhead with XPath
08-18-2011 | IT, New Media & Software
BeamYourScreen
Mikogo Mac Software Now Available for Mac OS X Lion
With the release of an update to its Mac software, Mikogo has made its cross-platform desktop sharing software compatible for use on Apple's latest operating system, Mac OS X Lion. Mannheim, GERMANY August 18, 2011 – Mikogo, the free cross-platform remote desktop solution, has released an important update for its Mac software making it compatible with the latest Apple operating system, Mac OS X Lion (version 10.7). Apple only recently released
08-18-2008 | IT, New Media & Software
Robosoft Technologies
Robosoft ports Battlestations Midway to the Mac
The worldwide release of Battlestations Midway for the Mac continues the run of top games ported to the Mac by Robosoft New Udupi, Aug 14, 2008 – Robosoft today announced its latest work in porting Battlestations Midway game to the Macintosh platform. The title reinforces Robosoft’s commitment to being a market leader in porting the best-selling AAA titles from PC/ Consoles to the Mac platform. Using a combination of OpenGL and
Comments about openPR
We publish our press releases on openPR.de because we like people who are "open" - just like us.
Frank Obels, CEO, INCONET - Informationssysteme, Communication und Netzwerkberatung GmbH