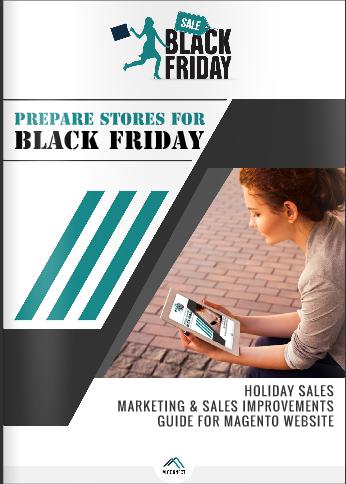 M-Connect Media's research predicts a 13.27% year-over-year increase in total online sales for Black Friday 2016 which totals $1876 million.Kennesaw, Georgia, 15 November 2016 - M-Connect Media, a leading eCommerce firm which provides solutions in Magento development, today announced the results of a Black Friday sales analysis for data between 2011-2015. Based off the statistics from this research, M-Connect Media hypothesized:• Americans will likely spend $1876 million in online shopping on Black Friday 2016. • $600 million in sales will come through mobile devices (phones and tablets combined) • Black Friday 2016 will be the 2nd largest shopping day of the year. The total revenue from online shopping on Black Friday 2015 was around $1656 million whereas the total revenue from online shopping on Black Friday 2014 was $1505 million.On Black Friday 2015, the total sales from online stores was 56.1%, which is nearly 16.1% more than Black Friday 2014. Out of those 56.1% of online sales for Black Friday 2015, 36.2% of those sales came from mobile devices as compared to the 27.9% of online sales from mobile devices on Black Friday the previous year in 2014.A survey published by Adobe for Black Friday Sale 2015 Statistics, found:• 16.1% growth in online spending as compared to 14% growth in online spending in 2014. • Total online spending was $2.74 billion where $905 million in online sales was done through mobile devices with 74% of these sales (or around $670 million) came in through iOS and 25% of these sales (or around $230 million) came in through Android. • In the breakdown of total spending, iPhone accounted for $368 million in sales, Android phones accounted for $180 million, iPads for $302 million and Android tablets for $50 million. • Conversations about Black Friday Sales on social networks were approximately 25% higher (approx. 4 million) compared to 2014.There was another survey performed on Black Friday 2015 by IBM. The data from that survey shows:• The total Mobile traffic and Mobile sales on the Black Friday sale 2015 was found to be 56.1% and 36.2% respectively. • The usage of Mobile devices for the online shopping was increased in the year 2015, but still Desktop was performing well in the Sales (63.8%), Conversion Rates (6.3%) and Average Page Reviews (10.3) metrics. • The report unveiled that the average order values ($136.42 per order) of Tablet devices eclipsed the average order values of Desktops ($134.06 per order). • Considering Mobile Operating System’s statistics, it is found that iOS eclipsed Android devices in percentage online traffic by 39.6% and percentage online sales by 27.7%. But on the other end Android devices performed well in average page and less bounce rate compared to iOS devices."The shopping trends will never remain same, it is constantly changing year by year. The trends generally depends upon the customer’s shopping behavior. On the Black Friday 2014, 78% of the shoppers searched for the online products and 41% of the online shoppers purchased products from a new store. On the other hand, mobile shopping became the biggest shopping trend in the year 2015 with 36.2% of online sales on Black Friday", says Dar Parmar, an eCommerce Business Consultant at M-Connect Media."The prediction says that the online sales will be 13.27% higher in 2016 than the year 2015 Black Friday Sales and the expected online spending can be $1876 million. Also, we are expecting about $600 million of sales coming from smartphones and tablets. However, we may see Black Friday as the second biggest online shopping day in 2016."He concluded with an advice that the retailers should have some necessary modern features on their web-store such as a mobile friendly website, multiple shipping options including free shipping, online chat support to help their customers in real-time, an optimized checkout process, speedy website. They should also prepare a backup plan or strategy which could help them during rush hours and server crash or server down situation.An American Express Spending & Saving Tracker study showed that December 26 dominated the online sales of Cyber Monday as well as Black Friday. This day was named as Mini or New Black Friday because of the use of Gift Cards, after holiday sales and other such discounts.M-Connect Media performed a research on Sales and Marketing strategies during the Holiday Sales 2014 and 2015 and they released a Holiday Sales Marketing & Sales Improvements Guide to help the retailers with online selling on the Black Friday 2016. The guide comprises of Adobe and IBM detailed reports for the year 2015 Black Friday sales, highlights from the previous year’s Black Friday sales and strategies to prepare your store for this festive season. This will help the eStore owners in connecting with their customers and making the store ready not just for holiday season but also for the entire year.Is your website yet not ready for this Black Friday Sale? If the answer is “No”, you can make your store completely ready as you still have few weeks left for the sale. Contact your development partner for the website audit and know the changes required in your website. Finally, improvise your store and boost sales with exciting features for the coming Holiday Sales Season.Do you want to know more about the Black Friday online sales and its trends? Please get in touch with M-Connect Media at info@mconnectmedia.com or please visit www.mconnectmedia.com.M-Connect Media is an eCommerce Development Company, offer shopping cart website solutions using Magento Commerce. Key Point: 7 years development experience, 1000+ website deployed, 100+ Magento extension published.M-Connect Media353 McCook Cir NW Kennesaw, Cobb County Georgia 30144 United States. E-mail: info@mconnectmedia.com Phone: +1 319 804-8627 Website: www.mconnectmedia.com

You can edit or delete your press release M-Connect Media Forecast: Americans to Spend $1876 Million Online on Black Friday 2016 here

01-21-2021 | Leisure, Entertainment, Miscel …
Black Wealth LLC
Black Wealth Entertainment
LOS ANGELES, CA, January 21 — Today Black Wealth LLC announced that it has released new Black & Wealthy fashion line, which has sold over 1,000 pieces of apparel in the U.S as of midnight Wednesday, January 20th. These sales include women’s and mens clothing, apparel, and accessories. Black Wealth LLC also announced that they will be conducting a nationwide artist search for fresh new talent to add to their
12-07-2018 | Health & Medicine
Black Brewing Co.
Black Brewing Co.
At Black Brewing Co., we make some of the most uncompromising craft beers in the Margaret River region. Generous, bold and wold at heart, our beers tell a refreshing tale of time and place, inspired by Western Australia's incredible people and produce. At Black brewing Co., we're thirsty for new experiences and flavours, which is why we develop and discover new and adventurous brews all the time. Contact us, or
11-02-2018 | Advertising, Media Consulting, …
Nationwide Furniture Outlet,Inc
Black Friday at NFOUTLET
Nationwide Furniture Outlet (https://www.nfoutlet.com/) launches Big Black Friday Sale that will allow you to save on the purchase of furniture for your home or office. With us, you can buy furniture at a discount online and free white glove delivery to any city of contiguous 48 United States. At Black Friday, NFOUTLET offers special deals for dozens of brands with discounts on furniture up to 50% OFF and higher. Often, many
09-19-2016 | Health & Medicine
Black Hair Does Grow
Black Hair Myths
There’s no denying we’ve all heard the myths on black hair! Including the one that says that black hair does not grow or that it grows extremely slow, although the slow growth can be the case for some people it isn’t for all! We must consider that the environment, diet and chemicals can also affect the growth of our hair, which is why it may be slower than average for
06-29-2016 | Logistics & Transport
Black Moth
Black Moth Releases topVIEW
topVIEW is the latest feature release for Black Moth’s atlas system and provides users an aerial view of the surroundings of their machinery. The additional perspective enables an enhanced view to further reduce the risk of incidents and injuries on work sites. topVIEW uses the video streams of four cameras around the vehicle, stitches them together and displays a view encompassing the entire perimeter of the vehicle. Footage for the distinctive
11-28-2014 | Industry, Real Estate & Constr …
Genesis Technologies
GECigarette’s Black Friday Sale
Birmingham, United Kingdom (28th November 2014) – Genesis Electronic Cigarettes is having one of their biggest Black Friday sales this year in 2014. Genesis electronic cigarette is having a massive Black Friday sale this year by further reducing the price of their 20ml E-liquids to £3.99. This week long offer should make their customers even happier as Genesis has only a month ago, already cut the prices of the E-liquids from
Comments about openPR
OpenPR is clearly structured and remains true to its principle of confining itself to the essential parts. OpenPR has proven to be a very good and reliable partner to our media agency: Within the shortest time the releases are online and go down well with the media representatives. The success of OpenPR is reflected in the steadily increasing number of press releases. It is good that OpenPR exists!
Ursula Koslik, Director Marketing & PR, F+W Hamburg