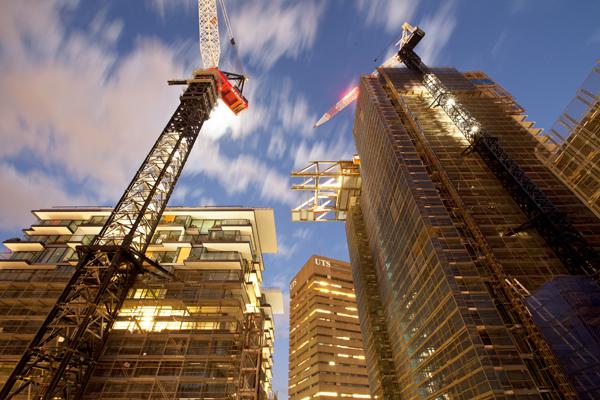 The Australian Smart Skyscraper Summit 2017 makes its Australian debut in Melbourne on the 28-29th of March next year. It will profile some of the most innovative, benchmark high-rise projects built in Australia, looking at both green and sustainable design as well as innovative super tower construction. Experts from around the world will profile uniquely Australian projects such as Melbourne’s 323 La Trobe St, the tallest prefabricated building in the country. Sydney’s 1 Bligh Street, awarded a 6-star Green Star status by the Building Council of Australia, and One Central Park, winner of multiple sustainable and green infrastructure awards, are projects also be featured on the Summit agenda. Melbourne’s 323 La Trobe Street, a 44 level residential tower, is Australia’s tallest prefabricated building at 133 metres. Hickory Group erected the building using innovative integrated structural systems. The first two levels of the high-rise structure were constructed conventionally with additional levels built off site and assembled via crane. According to Hickory Group, this method allows buildings to be constructed 50% faster than conventional construction methods and produces up to 90% less waste, adding to the sustainable integrity of the construction process. Hickory’s Director, George Argyrou, will discuss 323 La Trobe St at the Australian Smart Skyscraper Summit as well as the rising popularity of prefabricated construction and the challenges of implementing it out on a larger scale. Sydney’s ecologically sustainable development, 1 Blight Street is “a building packed with many innovative environmental technologies were being used for the first time in a commercial tower in Australia”, says Managing Director at Architectus, Ray Brown. Innovative design elements include the double skin façade, a naturally ventilated atrium, 40% recycled concrete, 90% steel with 50% recycled content, recycled timber, solar cooling, tri-generation, black water treatment, rainwater harvesting and sewer mining. Mr Brown will be appearing at the Australian Smart Skyscraper Summit, addressing innovation in environmental design. Sydney’s One Central Park, a 117-metre tower, houses the world’s tallest vertical garden and Australia’s first residential cantilevered heliostat, is a major project from PTW Architects. Senior Associate at PTW Architects, Mark Giles, brings 25 years’ experience in the built environment to some of Australia’s major high-rise projects. Mark has worked on a broad range of mixed-use, residential, public, transportation and educational projects that have received over 30 international design awards. One Central Park’s mixed-use tower establishes the use of steel solutions in realising the smart, green high-rise construction. Suspended from the 28th floor of One Central Park’s east tower, the heliostat reflects light to the gardens and atrium below. According to Mr Giles, the heliostat reflector frame carries 500m2 of reflective mirrored panels. 40 sun-tracking motorised heliostats measuring 4m2 located on the roof of the west tower are designed to follow the sun’s path throughout the day and reflect the light up onto the fixed mirrors on the underside of the reflector frame. Each mirrored panel on the cantilever is fitted with coloured LED’s (2,880 in total) that play Yann Kersale’s ‘Sea Mirror’ lighting artwork. 16,000 colours are be used in the artwork, produced by a complex system of tri-chromic LED dots especially designed for this project. The result is a “chandelier for the city” according to Ateliers Jean Nouvel’s design. Mr Giles outlines One Central Park’s structural features at the Australian Smart Skyscraper Summit held on the 28-29th March 2017 at the Melbourne Convention and Exhibition Centre. Photo credits: Photo source: Photograph by Simon Wood, courtesy of Frasers Property and SekisuiMore information at: http://www.skyscrapersconference.com.auAbout Expotrade Expotrade is a global conference and event organizer with its head office based in Melbourne, Australia. Expotrade has delivered some of the largest, most successful B2B industry conferences and events in the areas of infrastructure, major projects, sustainability, technology & architecture. For almost 10 years, our unique blend of knowledge, experience and flexibility has accomplished an array of consistently top quality events. Today, Expotrade events enjoy such a distinctive edge, they are amongst the best patronised in the calendar. For more information, visit www.expotradeglobal.comExpotrade Australia Pty Ltd Suite 1, Level 1, 2 Brandon Park Drive Wheelers Hill VIC 3150 Australia