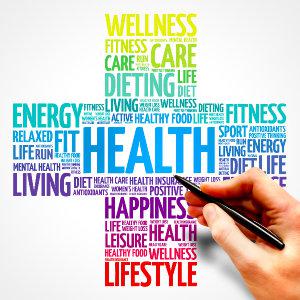 Female condoms are also the first women-centric contraceptives that provide protection against STDs and STIs and avoid pregnancy. Female condoms are either made of nitrile or polyurethane and fare better than latex as they do not cause allergies. Further, they can be lubricated with oil, water, and silicone, thus offering inherent customization to users. Further, on the account of their build, female condoms are found to potentially enhance the sexual pleasure by stimulating clitoris. Importantly, female condoms impart a shared responsibility to women in the prevention of STDs and STIs and offer them the control in family planning.

Innovation is expected to one of the major factors in the adoption of female condoms. Vendors are increasingly focusing on launching products that are aesthetically appealing, affordable and pleasurable. Female Health Group, Cupid, HLL, Silk Parasol, and Tianjin Condombao Medical Polyurethane Tech are some of the major companies in the female condom market and their products include Origami Female Condom, Female Panty Condom, Natura Sensation Condoms, and dumbbell shaped Condoms.
VA is a company that is developing a new model of female condoms, which come with a Bluetooth connectivity and a vibrating device, to help women achieve an orgasm.
These technology-enabled products are expected to challenge the frontiers of traditional contraceptives products.

The Global Condom Market is going to witness a dramatic shift in the sales of both male and female condoms. The factors such as growing popularity of female condom, increased effectiveness of family planning mandates and birth control measures, introduction of innovative condom distribution channels to expand reach & comprehensive sex education for teenagers are going to drive the market for next five years.

Order a report now for the insights of Global Condom Market
To order a free sample report write us to contactus@beigemarketintelligence.com

Beige Market Intelligence is a provider of competitive business intelligence, working across various industry verticals. Our expertise and knowledge ensures that the market analysis Beige provides is comprehensive, detailed and complete. The analysis helps our client organizations become aware and to make educated decisions, as far as investing or devising a marketing strategy is concerned. The actionable insights delivered through our market research provide a comprehensive market analysis for every level of market segmentation in an industry.
Our team of experts ensure the analysis you receive is not just analyzed and presented, but can also be customized based on the client’s requirement. Our deliverables guarantee our current global client base to not look beyond Beige when it comes to competitive intelligence.
Beige has an employee base present across the globe. Our analysts come with numerous years of industry experience, which ensures we not only understand our clients but deliver high quality reports as well.

07-25-2017 | Advertising, Media Consulting, …
Beige Market Intelligence
Growing Adoption of Industrial IoT to drive Global Industrial Cleaning Robot Mar …
Increasing application of IoT in industries worldwide is likely to affect the sale of industrial cleaning robots in a positive manner, and the market is expected to witness high demand for industrial robots during the period 2016−2022 A recent report on Global Industrial Cleaning Robot Market – Strategic Assessment and Forecast 2017-2022, states that the industrial cleaning robot market is going to witness unit shipment of more than 34,260 units during
07-17-2017 | Business, Economy, Finances, B …
Beige Market Intelligence
US accounted for major market share in the stairlift market with 32.51% in 2016
In 2016, the stairlift market in US accounted for 32.51% market share driven by improved healthcare facilities and availability of efficient and innovative stairlift products. The market in US is also driven due to increase in lifestyle-related diseases and reimbursement in insurance infrastructure.” According to a recently published report by Beige Market Intelligence, the global stairlift market is likely to witness tremendous growth during the forecast period 2016–2022. The analysts say
07-11-2017 | Advertising, Media Consulting, …
Beige Market Intelligence
Global Stair Lift Market Likely to Grow at a CAGR of 8% during 2016–2022
The report Global Stair Lift Market - Strategic Assessment and Forecast 2017-2022, considers the present scenario of the market and its strategic assessment for the period 2017−2022. It includes a detailed study of market drivers, trends, and restraints. It also profiles leading five vendors and ten other prominent vendors in the market. The report provides the analysis of key segments of the market in terms of following segments: By
06-30-2017 | Business, Economy, Finances, B …
Beige Market Intelligence
Voice-first technology is making a significant impact on consumers worldwide
In the future consumer technology products will be designed around voice-first interfaces According to the report by Beige Market Intelligence, Global Smart Home Hub Market – Strategic Assessment and Forecast 2017-2022, the voice first technology is going to drive the global smart home hub market. Across the world, consumers always prefer to seek products that make their lives convenient and simple. They strive for technology-driven products and services that can help