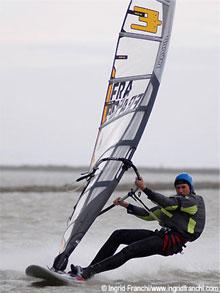 Thomas Gaudiot at the French Trench

05-04-2020 | Fashion, Lifestyle, Trends
Society of Single Professionals
Millionaire Speed Dating
For Immediate Release Contact: Tom Andrews, 415/479-3800 MILLIONAIRE SPEED DATING America's first-ever Millionaire Online Speed Dating Party takes place on Friday May 8, 2020, 7:30-9:30pm. Wealthy singles of all ages are invited to meet new friends safely during the
02-19-2020 | Fashion, Lifestyle, Trends
thelovemaze.com
thelovemaze.com Speed Dating Party Online!
No, it's NOT a video chat. Think of it as a "scientific crystal ball" that enables you to foresee the probability of success with each other before you fall in love, and identify your true counterpart for a happy uplifting life. "LUI", Love Under the Influence of physical attraction? How many of us are clear of that? When it comes to love, we trust our primal instinct more than anything
05-02-2018 | Health & Medicine
Celsius42
Full speed ahead – New Celsius42
Eschweiler 01.05.2018 - The relaunch of Celsius42 GmbH is just a few days away. After 4 months and many hours of work by our creative team, we look forward to publishing our new company website in the near future. “This innovation represents a true milestone for the development of Celsius42,” says Christian Hartmann, the company’s new CEO. “In addition to the remake of our corporate identity, there are many ongoing
03-31-2011 | Business, Economy, Finances, B …
Panelwarehouse.com
Panelwarehouse.com Offer High-speed Delivery
Manchester, United Kingdom (March 21, 2011) - Panelwarehouse.com, a leading manufacturer and supplier of display and exhibition stands, are offering new, quicker delivery methods to their clients. The new offer, which applies to all products Panelwarehouse.com manufactures, ensures that if clients order products from Panelwarehouse.com before 1pm, the company will prepare the order and ship it the next working day using a Nationwide Courier Service. The company offers various delivery options in
06-17-2008 | Sports
German Shuffleboard Association e.V.
Speed up for Speed Shuffleboard
Only a few days left until the start of SpeedShuffleboard League2. The hugh success of League1 made it necessary for the German Shuffleboard Association to set up another league. During the Inaugural in Germany, ISA President Gus Bondi as well as players from Brazil, Canada and Germany proved SpeedShuffleboard, a form of Turkey Shoot, to be a competitive, skill necessitating, but also fun game (see pic). Meanwhile there are not only German
08-03-2007 | Business, Economy, Finances, B …
GridwiseTech
Speed up your calculations
Krakow, August 3 – GridwiseTech, the vendor-independent expert in scalable solutions, has released a demo application for the financial sector, integrating a system that allows to distribute computation tasks onto multiple machines with a Web-portal for easy mobile access. The demo presents how to speed up sophisticated finance calculations, like forecasting portfolio Value, effectively, also by means of the smartphone interface. It is available at www.gridwisetech.com/demo. The solution presented by
Comments about openPR
Your portal is fast, simple, and easy to use. Others may have more functions but they also demand more editing time, you have to preformat the text in order to achieve a good result etc. I think openPR is really fantastic!
Andreas Knepper, wallmedien AG