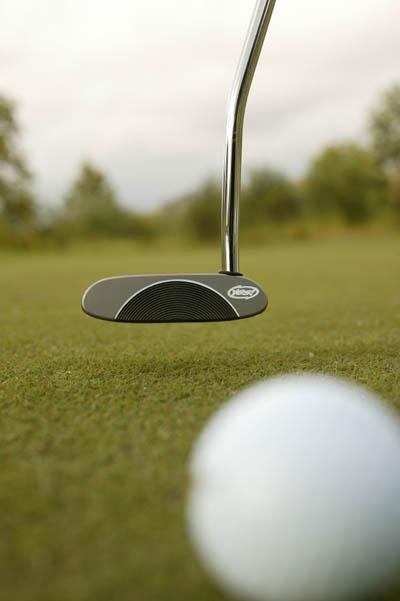 A birdie contest gripped the competitive spirit of two of the world’s fastest rising stars on the European Tour at the Jakarta Astro Indonesian Open. Aussie David Brandson and Hollander Joost Luiten. A morning monsoon sent most players indoors for just under an hour, but Australian Bransdon and Dutchman Luiten defied the downpour to gather 15 birdies between them as they posted opening scores of six under par 64, while the day’s leaders languished in the clubhouse. Luiten was reported as saying, “It was quite tough with the wind, but my putter was pretty hot today. You have to trust the wind to bring the ball back towards the target and I just hit a lot of greens, a lot of fairways and gave myself a lot of birdie opportunities.” Luiten’s dazzling play on the greens wasn’t lost on fellow Dutchman Aad van Os, whose natural enthusiasm to see a fellow countryman do well was enhanced by the fact that van Os heads Approach Golf – the EU Master Distributor for Yes! Golf, whose company would have put the C-Groove putter into Luiten’s hands in the first place. “I’d back Joost against the Aussie without hesitation in those conditions,” said Van Os. “Firstly, coming from Europe he’s used to lousy weather. Secondly, one of the reasons behind Yes! Putters’ success is that the shape of the grooves actually allow any water to run off the club face, allowing for a truer contact with the ball itself. “I do know that Joost made 8 birdies and had only 26 putts over his 18 holes. He hit 15 greens in regulation on which he made only 22 putts. He also had 10 1-putt greens. “Having to worry about one less impediment to accurate putting in monsoon conditions can be all the advantage a player needs under trying conditions like that.” Luiten is known to favour a Natalie centre-shafted, sight alignment putter but he also has an Abbie - a more traditional cavity-backed blade putter with a gorgeous silvery finish. For further press information and photography please contact Dominic O’Byrne at O’Byrne Communications via +44 (0)113 255 4114 or dominic@obyrne.co.uk. For technical information and sourcing product, please contact Aad van Os at Approach Golf on +31 (0) 77-4748293 or via a.vanos@approachgolf.nl Yes! Golf 7808 Cherry Creek South Drive, Suite 103 Denver, CO 80231 www.yesgolf.com About C-Groove Technology The C-Groove putter has concentric grooves machined into its face at two exacting angles. When the apex of the grooves strikes a golf ball, says the manufacturer, the ball is held onto the face of the putter for a fraction of a second longer than is possible with a smooth-faced putter. This ‘dwell time’ helps to improve the roll characteristics of the ball, by lifting it out of its resting place while simultaneously causing the optimum topspin on the ball almost immediately. This rolling action starting so early in the roll of the ball toward the cup reduces skid and deviation, and this combination makes for consistently more accurate putting.