Another Investment Win for RFPIO at Bend Venture Conference 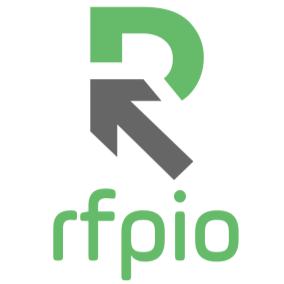 Portland, OR: Following two recent funding announcements, RFPIO, a provider of cloud-based RFP automation software, was awarded $100,000 on Friday at the 13th Annual Bend Venture Conference by Economic Development for Central Oregon (EDCO).This amount is in addition to the recent funds received from Portland-based VC firm, Elevate Capital, who awarded funding to RFPIO through investments in its first cohort of minority entrepreneur-led startups. TiE Oregon and other local private investors also participated in this round of funding.In early October, RFPIO received acceptance news as finalists at this year’s Bend Venture Conference in the Growth Stage competition. This category included companies that had a proven concept, generated initial revenues, and were prepared to scale quickly with the investment. Including RFPIO, five companies pitched to a sold-out conference.“This past month we have been fortunate to receive support and generosity from our partners at Elevate Capital and other private investors as well,” said Ganesh Shankar, co-founder and CEO at RFPIO. “It was an honor to have made it this far in the competition, alongside several promising startups in the Growth Stage category. We wish these other companies great success on their journey.” Setting a new record for Oregon angel conferences, winning companies in Bend took home over $3.75 million in investments and cash prizes.RFPIO’s cloud-based RFP software is a response management solution that eliminates the friction often associated with responding to Request for Proposals (RFPs). Through a no-nonsense set-up, simple and intuitive user interface, and robust integrations with Salesforce and Slack, RFPIO's response automation technology empowers customers with a streamlined process, so they can focus on what matters most for their business.1915 NW Amberglen Pkwy #400 Beaverton, OR 97006Britt Skrabanek Communications Manager britt@rfpio.com

08-02-2017 | IT, New Media & Software
RFPIO
RFPIO is a 2017 SaaS Awards Finalist for Best Project Management Product
BEAVERTON, OR, August 1, 2017 — RFPIO, a leading provider of cloud-based RFP (Request for Proposal) response software, is a 2017 SaaS Awards finalist for Best Product in the Project Management category. With awards for excellence and innovation in SaaS, the Software-as-a-Service Awards program accepts entries worldwide, including the US, Canada, Australasia, UK and EMEA. The SaaS Awards program is now in its second year of recognizing and celebrating innovation
12-08-2016 | IT, New Media & Software
RFPIO
RFPIO Receives Additional $500,000 in Financing From Archivist Capital
Portland, OR: Following several prior rounds of investment this quarter—including $1.5 Million led by Elevate Capital and $100,000 awarded at the 2016 Bend Venture Conference—RFPIO, a provider of cloud-based request for proposal (RFP) automation software, received an additional $500,000 from Archivist Capital, founded by Portland software executive, Stephen Marsh. “This product is filling a major need in the market, and has helped solve a challenge we were experiencing at Smarsh,”
09-30-2016 | IT, New Media & Software
RFPIO
RFPIO Closes $1.5 Million Funding Round to Expand Business Presence Among Enterp …
BEAVERTON, Ore. (September 30, 2016) – RFPIO, an innovative provider of cloud-based RFP automation software, announced that it has closed a $1.5 million funding round to expand operations and product development. Portland-based VC firm, Elevate Capital, awarded funding to RFPIO through its investments in its first cohort of minority entrepreneur-led startups, including the Elevate Inclusive Fund and Elevate Capital Fund. Other local private investors also participated in the round. “Understanding
08-18-2016 | IT, New Media & Software
RFPIO
Two Influencers in Portland’s Startup Community Join RFPIO as Advisors
Portland, OR: RFPIO, a cloud-based software company for managing RFP responses, announced the addition of two new advisors. Raghu Raghavan, Founder of Act-On Software, and Nitin Rai, Managing Director of Elevate Capital and President of TiE Oregon, will join the team guiding the tech startup during the product’s first year in the market. RFPIO provides robust RFP (Request for Proposal) management software to businesses, helping them save valuable time and