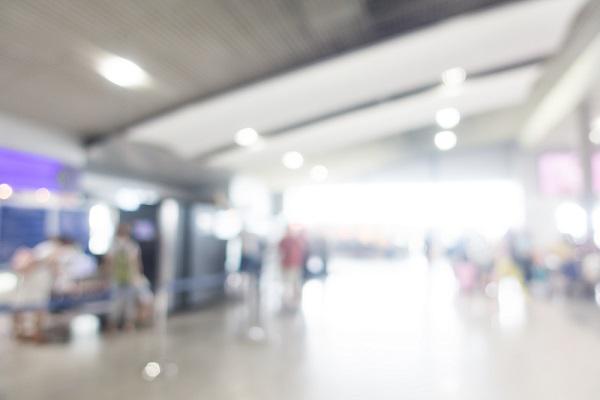 Brisbane is soon to boast the best runway system in the world with the construction of the New Parallel Runway (NPR), the biggest aviation project in Australia, currently underway. The 2nd Annual Queensland Infrastructure Project Conference sets the stage for discussions about the exciting new venture which is expected to deliver an economic benefit of around $5 billion per year by 2035 to the region. In 2016 Brisbane ranked third among domestic airports with passenger movements of 1.54 million. Sydney remained Australia’s busiest domestic airport with 2.34 million passenger movements, followed by Melbourne with 2.15 million passenger movements. With the construction of the second runway at Brisbane Airport, international flights are expected to rise dramatically, growing from 227 000 in 2014-15 to over 360 000 by 2035. The runway will accommodate the same capacity as Singapore and Hong Kong airports, taking its crown as the best runway system in Australia. The number of annual passengers will rise from 22 million in 2014 to approximately 50 million by 2035.The project has seen 360 hectares of soft marshland reclaimed through the pumping of 11 million cubic metres of sand onto the site which, over the course of four years, will form a solid foundation for the runway. Throughout the process, the project will create 2,700 construction jobs. Additionally, 7,800 jobs are expected to be generated for the Brisbane and Moreton region by 2035 due to additional capacity. While the NPR is considered the biggest aviation project in Australia, the airport has approximately 100 concurrent construction projects underway throughout the next 10 years. These redevelopments will look to meet the forecast increase in demand through redevelopments focusing on major new access roads, terminal and apron pavement expansions, new aircraft taxi lanes, new aircraft parking bays and the establishment of a thriving retail centre and aeronautical training precinct. Despite major airport expansions, the project will also look to reduce noise exposure to the Brisbane community, especially at night. Brisbane Airport is also set to be regarded as a world-best digital airport. Innovative digital solutions will enable improved international travel experiences through developments such as the new Brisbane Airport App and Digital Departure Card initiative which allows flyers to record and save their personal information between visits, streamlining necessary departure procedures. New Parallel Runway Project Director Paul Coughlan from the Brisbane Airport Corporation will present an overview of the project, unveiling the latest updates at the Queensland Infrastructure Project Conference. Alongside the airport redevelopment, the city will also see major improvements to the Brisbane River through the Cross River Rail Project, a high priority infrastructure project which will unlock rail capacity throughout South East Queensland. With more than $10 billion in infrastructure projects invested into Brisbane city over the next few years, the Cross River Rail Project forms a major part of the upcoming transformation of the State’s transport capacity. The Cross River Rail project will connect the northern and southern rail networks, easing congestion and improving network reliability. A 10.2 kilometre link will expand from Dutton Park to Bowen Hills and a 5.9 kilometre tunnel will reach under the Brisbane River and CBD. According to Deputy Premier and Infrastructure Minister Jackie Trad, the Cross River Rail project will boost the economy by $70 billion after four decades, creating 84 000 jobs over the same period, linking residential growth areas to key employment hubs. Cross River Rail Project Director Gavin Nicholls from the Department of Infrastructure, Local Government and Planning will discuss the timeline of the project and outline key features as well as network and economic benefits of this state defining project at the Queensland Infrastructure Project Conference. Other exciting projects on the cards for Brisbane include the Queen’s Wharf Brisbane Integrated Resort Development, the Northshore Hamilton urban renewal precinct and the Brisbane Metro Subway system. The 2nd annual Queensland Infrastructure Projects Conference will take place on the 25th & 26th of October at the Brisbane Convention & Exhibition Centre. More at: http://www.qldinfrastructure.com.auAbout Expotrade Expotrade is a global conference and event organizer with its head office based in Melbourne, Australia. Expotrade has delivered some of the largest, most successful B2B industry conferences and events in the areas of infrastructure, major projects, sustainability, technology & architecture. For almost 10 years, our unique blend of knowledge, experience and flexibility has accomplished an array of consistently top quality events. Today, Expotrade events enjoy such a distinctive edge, they are amongst the best patronised in the calendar. For more information, visit www.expotradeglobal.comSuite 1, Level 1, 2 Brandon Park Drive Wheelers Hill VIC 3150 Australia Tel: +613-95450360 Fax: +613-95450320