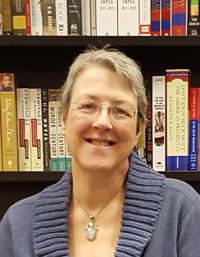 “You cannot kill an entrenched ideology with a gun,” Benjamin Ferencz, who began his law career prosecuting Nazis, said last week when he pledged $10 million to a group dedicated to preventing genocide.In addition to using the funding to provide governments with the tools needed to prevent genocide, the Simon-Skjodt Center for the Prevention of Genocide at the U.S. Holocaust Memorial Museum also helps develop an international response when a genocide occurs.Both are needed in a world that tends to turn a blind eye as entire cultures are erased for political, economic, ethnic or religious reasons, said Mari Serebrov, who has extensively researched the first genocide of the 20th century, which took place in German South-West Africa in 1904.“However, we also need to establish international standards for dealing with past genocides to ensure the survivors aren’t victimized again,” Serebrov said. “Unfortunately, we too often refuse to recognize a genocide for what it is until years later. And even then, we temper our response, justifying our inaction and excusing the aggressor, especially if it happens to be a powerful or strategic ally.”The refusal to confront an entrenched ideology and hold nations accountable for their actions, even after the fact, fuels more genocides, said Serebrov, the author of 'Mama Namibia', a historical novel based on the true story of a 12-year-old Herero girl who survived the 1904 genocide in German South-West Africa, now modern-day Namibia.In the case of Germany’s first genocide, the government justified it as the necessary action to put down Herero and Nama uprisings. At the time, a few individuals spoke out about the senseless murder of entire peoples, but most nations looked away and continue to do so to this day, Serebrov noted. If they acknowledge it at all, they view it in the context of colonialism.“There is no denying that what happened in South-West Africa went well beyond colonial aggression,” Serebrov said. As German troops pressed the starving Herero ever deeper into the Kalahari Desert to die, Germany announced its intent to exterminate the entire Herero Nation, as well as many Nama communities.Although already in practice, the Herero extermination policy was formalized Oct. 2, 1904, in a much-publicized order General Lothar von Trotha issued on behalf of the Kaiser. Yet the world did nothing.“By time other nations acknowledge that a genocide has occurred, the damage has been done, countless lives have been destroyed, and the survivors face a future haunted by grief and economic despair,” Serebrov said.In recent years, some groups in Germany have pushed for their country to finally acknowledge the 1904 genocide, but no official recognition has been forthcoming. Now, the German government is privately negotiating with the Namibian government to put the matter to rest, according to Namibian news reports.Excluded from those negotiations are leaders of the Herero and Nama, who, because of the genocide, are minorities in Namibia, a country that didn’t come into existence until 1990. While the Herero and Nama may finally get an apology of sorts, their years of suffering and heartache may be overlooked in a deal designed to benefit the German and Namibian governments rather than the genocide survivors.“This is why we need international standards for genocide reparations,” Serebrov said. “Letting Germany dictate who it will negotiate with, along with the terms of an apology and reparations, is like letting a rapist determine if he has committed a crime and then having him slap his own hand.”About Mama Namibia:Based on the true story of the daughter of a traditional healer, 'Mama Namibia' details the journey of a young girl, Jahohora, as she searches for her family while hiding from the German soldiers. Wasting away in the desert, Jahohora is about to give up her desperate struggle for life when she finds hope in a simple act of kindness from a Jewish doctor serving in the German army.'Mama Namibia' has received rave reviews. One reader said, "Thank you for writing this book - touching, amazing, wonderful, sad, inspiring . . . a must read and one of the best books I've ever read." Another stated, "This book is a must read for anyone who is interested in history, troubled by its propensity to repeat itself and stunned that this story has never been told to a large audience before. It leaves the reader wondering how many more genocides have been quietly buried in the past."Serebrov is available for media interviews and can be reached using the information below or by email at mari.serebrov@yahoo.com. All of her works, including 'Mama Namibia', are available at Amazon and other book retailers. More information is available at her website.An award-winning journalist with a passion for history, Mari Serebrov has authored a variety of books, including 'The Life and Times of W.H. Arnold of Arkansas', the historical novel 'Mama Namibia' and a children’s book, 'Jahohora and First Day'. She also contributed to 'The Grandmother’s Bible' and has co-authored a number of church resource and inspirational books with her mother, the late Adell Harvey.Because of her work in calling attention to the first genocide of the 20th century in what was then German South-West Africa, Serebrov was named the literary laureate of the Herero Tribal Authority in 2013. She and her husband, Job, an attorney and judge for a Native American tribe, have two children and five grandchildren.In regards to 'Mama Namibia' and the Herero genocide, Serebrov has been interviewed by Al Jazeera, The Namibian, New Era, the Windhoek Observer and other African publications. She appeared on "Good Morning, Namibia" and was interviewed on several national radio programs in Namibia.PO Box 1618 Shallotte NC 28459 http://www.mariserebrov.com

09-14-2016 | Arts & Culture
Mari Serebrov
Black Lives Matter In Africa, Too
Vava Tampa is spot on in his recent CNN commentary in which he questions why black lives matter only if they’re American, says Mari Serebrov, who has extensively researched the first genocide of the 20th century, which took place in German South-West Africa. The founder of Save the Congo, Tampa points out in his op-ed that the rest of the world is turning a blind eye to the thousands of black
08-17-2016 | Arts & Culture
Mari Serebrov
Battle Of Waterberg Genocide Anniversary - Mari Serebrov, Author Of 'Mama Namibi …
August 11 marked the 112th anniversary of the Battle of Waterberg, the pivotal event in the Herero genocide – the first genocide of the 20th century. While the Holocaust, the Armenian genocide, the Bosnian genocide and others stand out in our collective memory, the genocide of the Herero people is not as well known in the Western world. Award-winning journalist Mari Serbrov's historical novel 'Mama Namibia' gives us a fascinating,