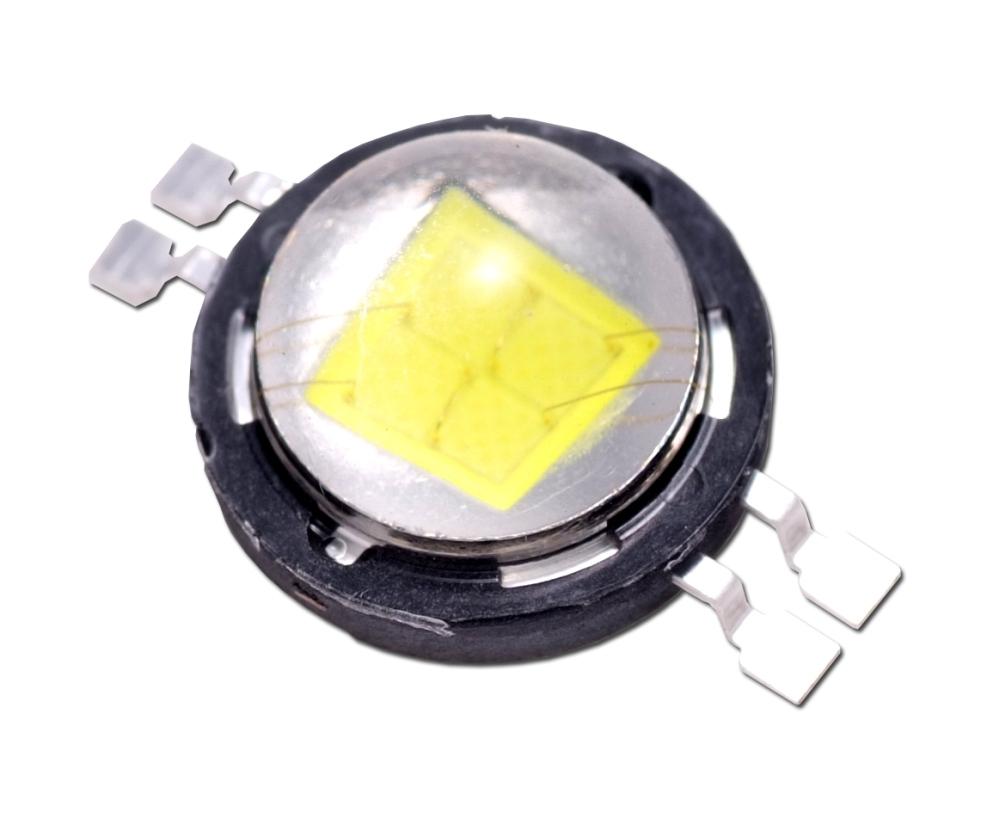 Seoul, Korea, February 5, 2008 – Seoul Semiconductor, one of the world’s leading manufacturers, announced today the development of a high efficient version of Acriche, the world’s first AC-driven semiconductor lighting source, which features brightness of 80lm/W. Started mass production in November 2006, Seoul Semiconductor officially placed Acriche, the world’s first semiconductor lighting source that can be driven directly from the AC power outlets without the need for an AC/DC converter, for purchase since the second quarter of 2007. At the time of the announcement, it was only 40lm/W but increased to 60lm/W in September 2007 and currently improved its performance to 80lm/W. In addition, with received the CE Marking and German TUV certification, Seoul Semiconductor is expecting increasing demand of Acriche worldwide. The lifespan of DC-driven LED sold in the market has been known as 50,000 to 100,000 hours however there was a large defect in technology when actually applied it to lighting fixture. AC/DC converter is needed to properly and effectively use in the lighting fixture but it lasts around 20,000 hours. Not only has the AC/DC converter the above defect, there are several other problems: 1) An increase in price to spend on AC/DC converter, 2) need more space for converter, 3) there are difficulties in space and thermal dissipation design in lighting when replacing conventional bulb or building structure with LEDs, 4) converter waste materials cause environment pollution, 5) 80% efficiency of converter causes 20% of electricity loss, 6) in case of using AC/DC converter in small or enclosed area the heat from LED and converter interaction can accumulate massive heat causing a reduction in lifespan, 7) overheating can cause a fire concern which will require safety plans. Invention and mass production of Acriche finally bring up the solution to the many problems of AC/DC converter. Acriche has been less efficient than DC LEDs and it has been difficult for customers to use it due to the lack of knowledge of this new technology. However, its safety was acknowledged through receiving the CE marking and TUV certification in November, 2007, and with this achievement of a new Acriche technology featuring the super brightness of 80 lumens per watt, it tuned out to be almost as bright as conventional DC LEDs. The head of Seoul Semiconductor’s R&D center, Sang Min Lee cited “Acriche has been developed only for a few years, which is much less than the 20 years of history of DC LEDs. That is to say, it is a newly developed “Young Technology” which has a great potential to grow. Furthermore, Seoul Semiconductor has been invested tens of millions of Dollars only in research and development and over 100 million Dollars in developing mass production technology of Acriche. This allows over hundreds of patents of Seoul Semiconductor to be registered all around the world to perfectly secure its own technologies.” Seoul Semiconductor has been dedicating to develop the LED chips, core components of LED products. For this, more than a hundred of R&D members have been developing and researching LED chips and cooperating with UCSB (University of California, Santa Barbara) where the world prestigious scientists such as Shuji Nakamura who successfully developed Blue LED mass production technology for the first time in the world are leading studies for 5 years. In addition, Seoul Semiconductor has put their resources into developing LED packages cooperatively with many strategic partners. As a result, it has 1,400 own patents as of December, 2007, and additionally acquired about 300 patents and licenses by purchasing them or M&A. These patents and licenses account for approximately 10 percent of the total LED-related patents filed throughout the world, which enables Seoul Semiconductor to be the global leader in LED industryFor more information, please contact: Rita Kim Seoul Semiconductor Tel: +82-2-2106-7322 Email: bleach79@seoulsemicon.comAbout Seoul Semiconductor Seoul Semiconductor, the world's leading LED manufacturer, has been named to Forbes and Business Week's lists as one of the most promising Asian companies. Its product, Acriche, was named as "Product of the Year 2006" by Elektronik, one of the most prestigious electronics magazines in Europe. Seoul Semiconductor's primary business areas are LED packaging and custom module manufacturing. It provides a full range of LED products including AC-driven semiconductor light source, Acriche, High-brightness Power, Side View, Top, Chip, Lamp and High Flux LEDs, and custom type modules. Applications for the company's LED products include general lighting, signage, back lighting for mobile phones, TVs, notebook computers, automotive lighting, home appliances, signals, etc. Seoul Semiconductor reported US$200 million in sales in 2006. It has 1,443 patents and 264 licenses including 619 overseas patents and licenses as of Dec, 2007. Seoul Semiconductor has 18 branches including 3 overseas corporate offices. Its products are also represented worldwide by more than 90 distributors.

02-19-2009 | Business, Economy, Finances, B …
xmedia
SEOUL SEMICONDUCTOR AND NICHIA SETTLE LITIGATION AND ENTER INTO A CROSS-LICENSE
Seoul Semiconductor Co., Ltd. and Nichia Corporation announced that they have settled all litigations on patent and other issues as well as other legal disputes ("Litigations") currently pending between them in the United States, Germany, Japan, United Kingdom, and Korea. The settlement includes a cross license agreement covering LED and laser diode technologies, which will permit the companies to access all of each other's patented technologies. In accordance with the
11-14-2008 | Business, Economy, Finances, B …
xmedia
Seoul Semiconductor concludes a cross license agreement with TOE of Europe
Seoul enters into a cross license agreement with TOE (TridonicAtco Gmbh) of Europe and its patent partners - Based on this cross license agreement, Seoul enhances its flexibility to manufacture various kinds of LEDs besides its own white LEDs Seoul Semiconductor Co., Ltd. ("SSC") today announced that SSC has entered into a Cross License Agreement regarding white LEDs using silicate system phosphors with TridonicAtco Optoelectronics GmbH ("TOE") and its patent partners. Phosphors
10-09-2008 | Business, Economy, Finances, B …
xmedia
Seoul Semiconductor Wins Again over Nichia in Patent Lawsuit
SEOUL, KOREA -- October 1, 2008, Seoul Semiconductor (hereafter "Seoul") announced that it won another victory over Nichia in a patent lawsuit in Korea. A Seoul Semiconductor official said, "Due to repeated victories in patent lawsuits, our position in global LED market has been reinforced, and we will continue to strive to become a leading LED manufacturer and hope to play a pivotal role in 'Green Growth', thereby contributing to
09-25-2008 | Business, Economy, Finances, B …
xmedia
Seoul Semiconductor expresses confidence that it is not infringing Nichia's pate …
SEOUL, KOREA -- September 17, 2008, Seoul Semiconductor (hereafter "Seoul") officially announced it had the means to establish its non-infringement of any valid claim in a lawsuit brought by Nichia Corporation (hereafter "Nichia") in the English High Court, in which Nichia asserts that Nichia asserts through their website and press release that Seoul's Acriche products infringe its patented "annealing" technology. Regarding this lawsuit, Seoul believes it has sufficient prior art