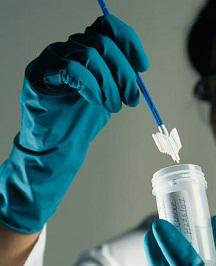 Over the years, the level of awareness among the global population regarding the various types of cancer has increased tremendously. The significance of early detection and diagnosis is not lost on them, resulting in the increased adoption of screening tests such as cytology and human papillomavirus (HPV) testing.Cytology and HPV testing kits are used extensively in PAP testing and cervical cancer testing. This report on the cytology and HPV testing market analyzes the current and future prospects of the market. An elaborate executive summary includes the market snapshot demonstrating overall information on various segments and sub-segments. This section also provides the complete information and data analysis of the cytology and HPV testing market with respect to the leading market segments based on product and services, and geography.Request Sample pages of premium Research Report: http://bit.ly/2d6yWQeThe competitive landscapes of the cytology testing market and the human papillomavirus (HPV) testing market are both oligopolistic in nature. Transparency Market Research has found that a handful of large companies have been enjoying dominance over the global scenario, thereby reducing the level of competition and making the entry of new players extremely difficult.Qiagen N.V., Hologic, Inc., and F.Hoffman-La Roche AG together enjoy a massive 86% of the HPV testing market. “Considering that the market shares of the first and second place companies catering to the demand for HPV testing are rather close, upcoming approvals for new screening tests are likely to have a significant impact on their position in the market,” the author of the study states. For instance, the 2014 approval of Roche’s cobas HPV test by the U.S. Food and Drug Administration (FDA) has resulted in the upsurge of the company’s market share from what it was a couple of years ago.Similarly, Hologic and Becton Dickinson account for 89% of the cytology testing market. The only competition observed by TMR in this area of the market is currently in the segment of Pap tests in the U.S., which is a lucrative avenue for cytology testing. However, non-FDA approved tests also pose a threat to the present status of players.“Companies in the overall cytology and HPV testing market have been relying on international expansions and collaborations to retain their dominance,” the analyst states. Direct engagement with diagnostic laboratories and contracting with governments for patient care programs are also a few key strategies adopted by the players.Disparate Levels of Awareness among Patients Regarding Cytology and HPV TestingThe growing incidence of cervical cancer as well as HPV infections is the single most important factor driving the demand for cytology and HPV testing. The number of new cases of cervical cancer and the number of deaths resulting from this chronic condition have propelled patients to opt for early detection and diagnosis methods. The rise in awareness about the commercial availability of screening tests has driven the adoption of cytology testing. The high incidence rate of HPV infections and growing awareness regarding the threat that these infections pose to the immune system have fueled HPV testing and Pap smear screening.However, TMR has observed that several emerging markets present a similar challenge. “The lack of access to better healthcare and infrastructure for women and the presence of outdated facilities in most developing countries restrict the large-scale adoption of cytology and HPV testing,” the analyst states.View exclusive Global strategic Business report : http://www.transparencymarketresearch.com/cytology-hpv-testing-market.htmlCytology and HPV Testing Services to Continue Leading Streak The global market for cytology and HPV testing is projected to expand at a rapid pace over the coming years, with the value rising from US$7.9 bn in 2015 to US$10.5 bn by 2024. North America is the largest as well as the fastest expanding regional market in terms of revenue and this segment is poised to develop at a 3.3% CAGR during the forecast period to reach US$5.8 bn by 2024. While HPV testing services dominate the HPV testing market by revenue, assays kits are anticipated to register the highest CAGR of 10.1% from 2016 to 2024. On the other hand, the cytology testing market is led by cytology testing services and cytology testing assay kits are likely to expand at a 5.1% CAGR, the fastest among other sub-segments.About Us Transparency Market Research (TMR) is a global market intelligence company providing business information reports and services. The company’s exclusive blend of quantitative forecasting and trend analysis provides forward-looking insight for thousands of decision makers. TMR’s experienced team of analysts, researchers, and consultants use proprietary data sources and various tools and techniques to gather and analyze information.Contact us: Transparency Market Research 90 State Street, Suite 700, Albany NY - 12207 United States Tel: +1-518-618-1030 USA - Canada Toll Free 866-552-3453 Email: sales@transparencymarketresearch.com Website: http://www.transparencymarketresearch.com/

03-03-2022 | Business, Economy, Finances, B …
Transparency Market Research
Cosmetic Bottles Packaging Market To Experience A Hike In Growth By 2017 - 2022
Global Cosmetic Bottles Packaging Market: Snapshot The global cosmetic bottles packaging market is projected to improve its value to a significant high in the coming years. The buying decision of cosmetic product consumers could be influenced by the technique, material, and design of packaging. Get report details: https://www.transparencymarketresearch.com/cosmetic-bottles-packaging-market.html Besides marketing cosmetic products, packaging could play a critical role in protecting them from damage during handling or traveling. Cosmetic bottles packaging is foreseen to
03-03-2022 | Business, Economy, Finances, B …
Transparency Market Research
Track and Field Spikes Market Size, Share, Top Region, Key Players 2017 - 2025
Global track and field spikes market: Snapshot The significant increase in popularity of sports across the world and the dramatic rise in participation of female athletes has been showing a positive impact on the demand for track and field spikes. Apart from this, the escalating number of track and field events, including running, jumping, and throwing, are also boosting their demand substantially. Get report details: https://www.transparencymarketresearch.com/track-field-spikes-market.html Over the forthcoming years, the continual innovation
03-03-2022 | Business, Economy, Finances, B …
Transparency Market Research
Pharmaceutical Plastic Bottles Market Key Players, Size, Trends, Opportunities a …
U.S. Pharmaceutical Plastic Bottles Market: Snapshot The U.S. pharmaceutical plastic bottles market derives much of its growth by addressing the growing sustainability concerns by increasing the recycling rate of plastics and lowering the environmental impact in the pharmaceutical industry. The advancements in the technology has emerged as the key growth driver of this market. Apart from this, the rising application of plastic bottles in solid and liquid oral medications is also
03-02-2022 | Health & Medicine
Transparency Market Research
Auto-disable Syringes Market Size, Specific Opportunities and Trends Affecting t …
Auto-disable Syringes Market Auto-disable syringes are meant for one-time use only and are built in a manner wherein the internal mechanism blocks the barrel used in the syringe when applied in the first use. Wellbeing syringes are Security Designed Gadget (SED) that utilizes injury assurance component which gives insurance from blood borne microorganisms or substance perils. Contamination avoidance among patients just as medical care experts like specialists, attendants, and other staff

04-08-2020 | Business, Economy, Finances, B …
Fortune Business Insights
HPV Vaccines Market 2020-2026 - COVID19 Impact On HPV Vaccines Industry | Top Ke …
HPV Vaccines Market Size, Share & Industry Analysis, By Type (Bivalent and Polyvalent), By Disease Indication (HPV Associated Cancer and Genital Warts), By Distribution Channel (Hospital & Retail Pharmacies, Government Suppliers, and Others) and Geography Forecast, 2019-2026. Get Sample Copy Of Report To Know The Impact of Covid19 on this Industry: https://www.fortunebusinessinsights.com/enquiry/request-sample-pdf/human-papillomavirus-hpv-vaccines-market-101962 Top Key Players: GSK, Merck. An Overview of the Impact of COVID-19 on HPV Vaccines Market: The emergence of COVID-19 has brought
03-13-2018 | Health & Medicine
TMR - Research Report
Cytology and HPV Testing Market - Research Analysis
The nature of the both the markets for cytology testing and HPV or human papillomavirus testing is oligopolistic in nature, states Transparency Market Research (TMR) in a research report. With the presence of only a handful of leading companies in the market, the competition is not that high as they compete among themselves with different or almost similar strategies. These few players are currently enjoying their reign in the global
10-12-2017 | Health & Medicine
MarketResearchReports.biz
Human Papillomavirus (HPV) Associated Cancer - Pipeline Review, H2 2017
"The Report Human Papillomavirus (HPV) Associated Cancer - Pipeline Review, H2 2017 provides information on pricing, market analysis, shares, forecast, and company profiles for key industry participants. - MarketResearchReports.biz" Global Markets Direct's latest Pharmaceutical and Healthcare disease pipeline guide Human Papillomavirus (HPV) Associated Cancer - Pipeline Review, H2 2017, provides an overview of the Human Papillomavirus (HPV) Associated Cancer (Oncology) pipeline landscape. Human papillomavirus (HPV) is the most common viral infection
07-05-2017 | Health & Medicine
Transparency Market Research
Cytology and HPV Testing Market: Disparate Levels of Awareness among Patients Re …
Over the years, the level of awareness among the global population regarding the various types of cancer has increased tremendously. The significance of early detection and diagnosis is not lost on them, resulting in the increased adoption of screening tests such as cytology and human papillomavirus (HPV) testing. The global market for cytology and HPV testing is presented with a host of sustained growth opportunities arising mainly from several emerging economies,
04-03-2017 | Business, Economy, Finances, B …
Market Report
HPV Testing Market 2017- Qiagen, Roche Diagnostics, Hologic
HPV Testing Market 2017 Industry research report provides important information to identify and analyze the market need, market size and competition. This market research report used in maintaining competitiveness over competitors. “The human papillomavirus (HPV) test detects the presence of human papillomavirus, a virus that can lead to the development of genital warts, abnormal cervical cells or cervical cancer. The HPV testing is further classified into three sub-segments, namely, follow-up testing,
03-17-2017 | Health & Medicine
MarketResearchReports.biz
New Research: Global Human Papillomavirus (HPV) Market
MarketResearchReports.Biz presents this most up-to-date research on "Human Papillomavirus (HPV)- Epidemiology Forecast To 2023" Latest Report, Human Papillomavirus (HPV) - Epidemiology Forecast To 2023 provides an overview of the epidemiology trends of Human Papillomavirus (HPV) in seven major markets (US, France, Germany, Italy, Spain, UK and Japan). It includes 10 years epidemiology historical and forecasted data of Human Papillomavirus (HPV) prevalent or incident cases segmented by age, sex and subpopulations. The
Comments about openPR
OpenPR is clearly structured and remains true to its principle of confining itself to the essential parts. OpenPR has proven to be a very good and reliable partner to our media agency: Within the shortest time the releases are online and go down well with the media representatives. The success of OpenPR is reflected in the steadily increasing number of press releases. It is good that OpenPR exists!
Ursula Koslik, Director Marketing & PR, F+W Hamburg