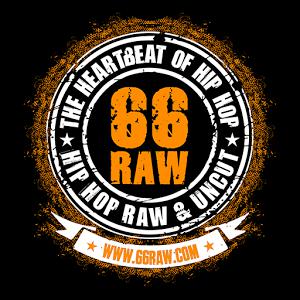 On October 5, 2016 from 6:00 p.m. to 11:00 p.m., at Atlanta's Gathering Spot events venue, 66 Raw Radio, Patchwerk Recording Studio and IdOMusic, will hold an exclusive industry workshop called the "Raw Power Summit," one of Atlanta's exclusive industry mixers during the 12th Annual A3C Festival.The event will feature professionals in the music industry, such as established managers, A&Rs, Publicists and other distinguished industry tastemakers. Confirmed panelists include Delante Murphy (A&R Atlantic Records & Former Manager of Trey Songz & K. Michelle); Amina Diop (Manager for Gucci Mane, Young Thug, Keyshia Ka'oir & Rosa Acosta); Miko Hope (Author & Publicist for: OutKast, Shawty Lo, Zaytoven, Metro Boomin', Nipsey Hussle, DJ Princess Cut); TJ Chapman (Manager of B.O.B. & Scotty ATL & CEO of TJs DJs); Curtis Daniel III (Co-Owner/Founder Patchwerk Recording Studio) and more. The mixer will also feature live performances from Family Ties Entertainment Artist Marissa who’s music single called Rules features K. Camp, LI Tha Great and Scott King who are both signed to Super Producer Drumma Boy’s, Drum Squad Records.*Additional Artists & Panelists to be announced.In addition to this event, 66 Raw Radio will also hold the A3C Edition of the monthly live broadcast from Patchwerk Studio on October 6, 2016 from 12:00 p.m. to 6:00 p.m. The broadcast will feature interviews with up and coming talents, as well as industry tastemakers, such as Scotty ATL, Scott King, Hustle Gang's Damani, Atlantic Recording artist M-City J.R. and many more. Throughout the remainder of the week, 66 Raw Radio will also provide media coverage for the 12th Annual A3C Hip Hop Festival and Conference during the week of October 5-9, 2016 in Atlanta, Georgia.The Gathering Spot is located at: 384 Northyards Blvd NW, Atlanta, Georgia 30313About 66 RAW Radio 66 Raw Radio is a internationally syndicated R&B and hip-hop radio and marketing platform headquartered in Baltimore, Maryland with field operations in Atlanta, Ga. They deliver the most exclusive and uncut music typically not found on traditional local radio stations. With a reach of over one million listeners worldwide and over 15 years of operations, the independent company station is currently monitored by the Broadcast Data System (BDS) and is a reporter of the Billboard Charts. The 66 Raw brand and platform is no stranger to the entertainment industry.66 Raw Radio has interviewed a host of high-profiled artists such as Jeezy, Rick Ross, Estelle, 50 Cent, B.O.B., The Game and many more. Serving as a popular platform for emerging entertainers both independent and with major record label backing 66 Raw has become the intermediate for those who's goals have been to reach a global audience which terrestrial radio have been unable to provide.Listeners can connect to 66 Raw Radio via the website and mobile app. There they can stream audio 24/7 and watch videos of 66 Raw's exclusive interviews, music videos and various other content for app users. In addition, 66 Raw Radio is featured on TuneIn Radio utilizing a premium partnership, thus allowing the station to further the reach of a more diversified audience base of listeners.You can find more information about 66 Raw Radio at www.66raw.comAbout Patchwerk Studios Patchwerk Recordings was born out of Patchwerk founder and former CEO/ 13 year Atlanta Falcons Offensive Tackle Bob Whitfield's love of music. In mid 1995 Patchwerk opened a full service-recording studio in Midtown Atlanta. The studio instantly gained a foothold in the market by attracting top producers from Atlanta's hottest camps including Organized Noize, SoSo Def, LaFace, Hitco and Noontime. In fact, 25 of the top 100 singles on the Billboard Hot R&B singles chart were recorded or mixed at Patchwerk Recording Studios.Over the first 10 years, Patchwerk earned quite a reputation, recording over 60 gold and platinum records. Also adding to their success was the relocation of their studio building that feature 2 totally isolated recording studios. The main room is the only one of its kind as it features the only SSL J 9000 console in Georgia. Studio COO Curtis Daniel states, "Our clients already love our warm, rich sound and with our unparalleled customer service we will soon reach our goal of establishing Patchwerk as the premier studio of the south". With an impressive roster of established and emerging acts displaying exceptional depth and diversity of music in the fully equipped studios, Patchwerk Recordings is set to lead the industry and establish itself as one of the paramount music companies of the new millennium.You can find more information about Patchwerk Studios at www.patchwerk.comAbout IdOMusic IdOMusic is an organization that specializes in connecting all music-makers. Their site serves as a musician's portal, designed to provide them with monthly, weekly and daily features on subject matters that interests the music-making population. They address issues regarding career paths, personal life, legalities, networking, showcasing, negotiating, performing and much more. The IdOMusic objective is to help musicians.Their online community translates into real time by hosting numerous events that encourage the up and coming independent musician who has an active role in the actual creation of music and gives them a chance to build their clientele and network with the people who are genuinely in need of their services.You can find more information about IdOMusic at www.IdOMusicOnline.com6669 Security Blvd, Gwynn Oak, MD 21207

11-16-2016 | Leisure, Entertainment, Miscel …
66 Raw Radio
6 Raw Radio Presents DJ Kool Flash the 9 Year Old Phenom Underground Playground …
DJ Kool Flash is a Young DJ and B-Girl. She has been chosen by Ma Dukes (Mother of the late legendary producer J Dilla) herself to represent the J Dilla Foundation as the Foundations youngest DJ. In addition to Ma Dukes, and the J Dilla Foundation DJ Kool Flash is also the youngest addition to the 66RAW Radio Line up spinning live on the weekly Thursday night Global Headphones show
Comments about openPR
OpenPR ist the nicest and most clearly laid out PR platform I have seen to this day. The press releases are displayed very nicely and clearly and without any unnecessary frills. The updates are fast and the finished release looks appealing and is clearly legible. Even with 16 years of experience one discovers new things from time to time. Congratulations!
Gabriele Ketterl, Director Marketing & PR, Menads