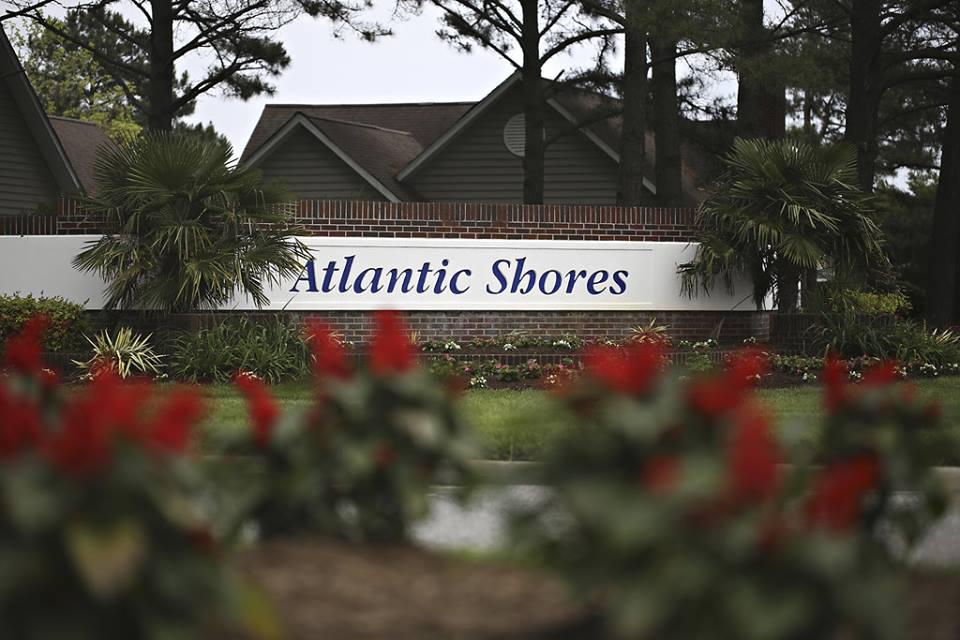 Things are wild at Atlantic Shores, the Neighborhood for 55 and Better in Virginia Beach, Virginia. The 100-acre campus, located just one mile from the Atlantic Ocean shoreline, is providing a coastal refuge for a wide range of wildlife, including wayward Arctic seabirds recently washed inland by a hurricane. Residents and staff are coming together to provide habitat, and rescue trapped or injured animals to set them free -- including the recent rescue of a Canadian Goose, which eagle-eyed residents called in as acting strangely. Atlantic Shores’ ground crew researched and contacted a local wild goose rescue organization, which came out to capture and transport the bird to local rehabilitation center. After determining it may have been poisoned, the bird was sent off to Roanoke, Virginia for specialized care. Other rescues have been conducted directly by the community’s staff, including foxes that have been trapped in holes. According to Atlantic Shores Supervisor of Grounds, Dave Myers, “We’re always on the lookout for animals that might need our help. Our goal is to live in harmony with nature. Raccoons also sometimes climb into community dumpsters and can’t get out. So our crew stacks logs or boards to create a bridge for them. Sometimes a whole family comes climbing out, which is pretty cute.”Other creatures are not so cute, but are given a gentle catch and release treatment, including Banded Kingsnakes, Eastern Hognoses, and Red Bellied Watersnakes. All are wrangled using a special “snake stick” and moved off the property in 55-gallon containment drums.With it’s waterfront location on Red Wing Lake, surrounding woods, and extensive lawns and gardens, Atlantic Shores is also a natural bird habitat, ranging from songbirds to birds of prey. Ospreys are a common sight, as are a local flock of eight bald eagles, which conduct raptor training with their young over the lake. The community also has many residents who are active bird watchers, including resident Jeanie Drescher, a degreed biologist and ornithologist. After a major storm, she spotted several non-native Red-necked Phalarope, which only breed in the arctic, and quickly called other area ornithologists to view the rare birds at Atlantic Shores before they moved on. Residents create shelter for their featured friends by building Bluebird, Purple Martin and Wood Duck houses in the community’s woodshop. Staff helps set up the birdhouses around the campus, with everyone in the community eagerly awaiting the hatchlings each year. Atlantic Shores also carefully manages natural resources in order to preserve habitat -- especially Red Wing Lake, which is the natural highlight of the community. After storms, staff and residents come together to clean up debris along the lakeshore, and regularly work with City of Virginia Beach to conduct extensive clean-ups of the entire lake, including removing sunken tires and trash. In addition to benefiting wildlife, including playful otters, residents also enjoy the clear water, by sailboarding, kayaking and catch-and-release fishing. Atlantic Shores also uses organic fertilizers for two of the three fertilizer applications applied each year, all based on soil analysis. The community is a working under an optional Certified Nutrient Management Plan issued by the State of Virginia, to protect waterways and grow turf properly, including planting buffers to help reduce turf bank erosion and run-off. Special Butterfly Bushes and select flowers are planted throughout the neighborhood to attract both birds and bees, and spot clover treatments are timed to reduce impact on Honey Bees. The community’s Victory Garden also benefits from the bees. Started as a small plot in 1998, the garden has bloomed into a fertile way to satisfy the urge to get into nature, and bond with fellow gardeners. Residents sign up for a plot each year, and let their creativity and tastes dictate what they plant. And while wildlife is encouraged elsewhere on the campus, a resin alligator stands guard to keep crows from nibbling the tomatoes. Produce from the Victory Garden helps complete the circle of life in the community. Excess items from abundant crops are shared at the concierge desk, and some even make their way into specialty dishes created by Atlantic Shores’ chefs. And once the resin alligator is put away for the season, the birds finally get their all-you-can-eat feast.To explore more about Atlantic Shores, visit www.atlanticshoresliving.comAtlantic Shores, the Neighborhood for 55 and Better, is Virginia’s only resident-governed senior co-op community -- offering equity ownership with a vibrant lifestyle, set on a beautifully landscaped, 100-acre secure campus close to Virginia Beach’s famed oceanfront, boardwalk and 10 golf courses. Offers comprehensive range of services and exceptional amenities, social activities, and award-winning cuisine.Atlantic Shores 1200 Atlantic Shores Drive Virginia Beach, VA 23454 Beth Pursley 952-221-4717 Ontargt@aol.com

03-03-2020 | Sports
Libero Virginia
Libero Virginia Promotes New Coach Nadezhda Shulga
Libero Virginia is a proper place for everyone who wants to learn all about volleyball, a healthy lifestyle, and to develop a passion for sports. Its staff members are energetic and truly experienced professionals who got a new colleague these days. Namely, Nadezhda Shulga joined Libero Virginia's team. Coach Nada enjoys sharing her passion for volleyball with kids. Her wish is to help all players improve their skills. She is
04-03-2017 | Sports
Bow Tie Strategies
FC Barcelona Launches in Northern Virginia
Global soccer powerhouse, FC Barcelona, announced the official launch of the FC Barcelona ESCOLA Northern Virginia (FCBEscola) through their partnership with Sporting Global. April 22 is the unveiling of the FCBEscola Northern Virginia kicking off a series of events leading up to the high-profile match between FC Barcelona and Manchester United at FedEx Field on July 26 as part of the International Champions Cup 2017 US edition. “Our school in
06-13-2016 | Leisure, Entertainment, Miscel …
Kimberly Dalferes
Virginia Author Celebrates National Bathroom Reading Month
June, as our launching point for relaxation and summertime leisure, seems an appropriate month to celebrate the joys of bathroom reading. Who among us has not reached for our favorite quick read while reclining on the porcelain throne? In honor of this month’s celebration of the perfect reading retreat, Virginia humor writer Kimberly “Kimba” Dalferes has released her essay collection, "Crazy Southern Irish Gal Two-Book Bundle." “Today, I sit proud in
09-30-2011 | Business, Economy, Finances, B …
McBride Events
VIRGINIA WEDDING PLANNER SELECTED FOR NATIONAL CONFERENCE
RICHMOND, VA—Top Virginia Wedding Planner Jennifer McBride, owner of McBride Events, is thrilled to announce her return to the national event professional conference The Special Event this January 24-27, 2012, in Tampa, Florida, as she has been chosen to present: Time Crunch, managing the delicate balance between clients wants and the professionals involved needs on the BIG day Brides and their entourages are being bombarded with more and more opportunities and
05-24-2011 | Business, Economy, Finances, B …
Write Consult LLC
Virginia Bureaucrats Have a Fallow Deer Problem
Fallow deer farming is a growing agricultural sector across the U.S. There are over a thousand fallow deer farms in Pennsylvania, and the Small-scale and Part-time Farming Project at Penn State, with support from the U.S. Department of Agriculture Extension Service, publishes a pamphlet explaining and advocating this relatively new agricultural sector. Fallow deer are smaller than whitetails, with fallow does weighing about 100 pounds and standing 25
02-04-2008 | IT, New Media & Software
Computer Sciences Corporation
CSC to Move Corporate Headquarters to Virginia
New Delhi, February 4, 2008 - Computer Sciences Corporation (NYSE: CSC) announced that its Board of Directors has approved a decision to relocate corporate headquarters to Falls Church, Va., from El Segundo, Calif. The relocation will consolidate into one geographical location the corporate executive leadership with the company's global operational headquarters. The consolidation will achieve enhanced productivity by reducing extensive travel now required between the two locations, facilitate the frequency
Comments about openPR
We publish our press releases on openPR.de because we like people who are "open" - just like us.
Frank Obels, CEO, INCONET - Informationssysteme, Communication und Netzwerkberatung GmbH