Press release from: A to Z Research 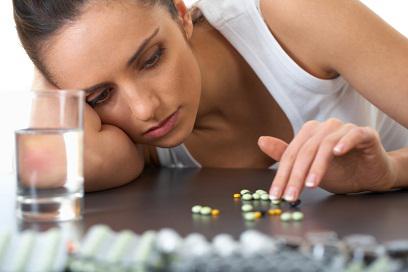 The report covers forecast and analysis for the depression drug market on a global and regional level. According to the report, the global depression drug market was valued at USD 14.51 billion in 2014 and is expected to generate revenue of USD 16.8 billion by end of 2020, growing at a CAGR of 2.50% between 2015 and 2020.The study includes drivers and restraints for the depression drug market along with the impact they have on the demand over the forecast period. Additionally, the report includes study of opportunities available in the depression drug market on a global level.In order to give the users of this report a comprehensive view on the depression drug market, we have included a detailed competitive scenario, and product portfolio of key vendors. To understand the competitive landscape in the market, an analysis of Porter’s five forces model for the depression drug market has also been included. The study encompasses a market attractiveness analysis, wherein application segments are benchmarked based on their market size, growth rate and general attractiveness.Get a copy of free Sample Report @ http://bit.ly/2cZwv1MThe study provides a decisive view on the depression drug market by segmenting the market based class and region. The different classs of depression also have different symptoms, including major or clinical depressive disorder, postpartum depression, dysthymic disorder, psychotic depression and seasonal affective disorder. Depending upon class global depression drug market is segmented as anticonvulsants, serotonin-norepinephrine reuptake inhibitors, selective serotonin reuptake inhibitors (SSRIs), beta-blockers, benzodiazepines, tetracyclic antidepressants (TeCAs) and monoamine oxidase inhibitors (MAOIs) among others. The regional segmentation includes the current and forecast demand for North America, Europe, Asia Pacific, Latin America and Middle East and Africa with its further bifurcation into major countries including U.S. Germany, France, UK, China, Japan, India and Brazil.Different types of depression also have dissimilar symptoms. Several types of depression disorders include postpartum depression, major or clinical depressive disorder, dysthymic disorder, psychotic depression and seasonal affective disorder. Different classes of depression drugs are anticonvulsants, serotonin-norepinephrine reuptake inhibitors, beta-blockers, benzodiazepines, tetracyclic antidepressants (TeCAs), selective serotonin reuptake inhibitors (SSRIs) and monoamine oxidase inhibitors (MAOIs) among others. Among all classes, SNRIs emerged as budding segment in 2014 and held more than 32% of the overall market share. However, it is predicted that this segment may exhibit decline in growth in the near future.Browse detail report with in-depth TOC @ http://atozresearch.com/global-depression-drug-market-research-reports/Geographically, North America emerged as major regional market for the global depression drug in 2014. This dominance was mainly because of presence of large population infected with numerous kinds of depression and anxiety disorders. Currently, U.S. is saturated as a variety of antidepressant drugs are available on prescription for the similar symptom. Depression drug market growth heavily relies on introduction of more efficient drugs for latest symptoms. Asia Pacific is predicted to show moderate growth due to presence of emerging economies such as Japan, Australia and China. Growth in this region is attributed to different factors such as positive marketing approval for novel medicines, presence of a large population base in the region and increasing geriatric population.The report covers detailed competitive outlook including company profiles of the key participants operating in the global market. Key players profiled in the report include Forest Laboratories, AstraZeneca, GlaxoSmithKline, Abbott Laboratories, H. Lundbeck, Novartis, SK Biopharmaceuticals, Naurex Merck & Co., and Eli Lilly and Company.Read Report TOC: http://bit.ly/2d2LFkGAbout A to Z ResearchA to Z Research is a single destination for all the industry, company and country reports. We feature large repository of latest industry reports, leading and niche company profiles, and market statistics released by reputed private publishers and public organizations. A to Z Research is the comprehensive collection of market intelligence products and services available on air. We have market research reports from number of leading publishers and update our collection daily to provide our clients with the instant online access to our database. With access to this database, our clients will be able to benefit from expert insights on global industries, products, and market trends.Contact US 3422 SW 15 Street,Suit #8138, Deerfield Beach,Florida 33442, USA Tel: +1-386-310-3803GMT Tel: +49-322 210 92714 USA/Canada Toll Free No.1-855-465-465 Email: martin@atozresearch.com Website: http://atozresearch.com/

You can edit or delete your press release Global Depression Drug Market will reach 11.3 USD Billion By 2020: AtoZResearch here

More Releases from A to Z Research