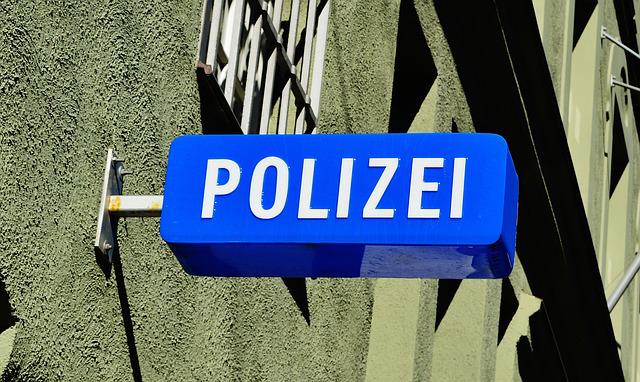 Technology has been an integral part of police departments and has shaped it in many important ways. Advancements in technology have created enormous potential for enhancing police work. Often technologies have been adapted from the commercial marketplace as in the case of radios, cars, and computers among others. Crime control can be strengthened by using technology, for example, enhancing the ability of the police in identifying and monitoring offenders and also facilitate in identifying the places and conditions that can contribute disproportionately to crime. Enhancement in technology has also resulted in improving evidence collection, speeding up of the detection process, and also response to crimes. Furthermore, technological advancements pertaining to weapons, protective gear, and surveillance capabilities has reduced fatalities and deaths of officers, bystanders, and suspects drastically. The policing technologies market on the basis of type has been segmented into five segments; aviation technology, communication technology, detection and surveillance technology, less lethal technology and others.Free PDF For Full Details with Technological breakthroughs is @ http://bit.ly/2bO3cOK The policing technologies market in Europe is primarily driven by factors such as increase in terrorist attacks coupled with increasing crime rates. Europe has been a victim of several terrorist attacks in recent years which have positively impacted the policing technologies market in the region. There has been increasing demand to make law enforcement departments more efficient in order to counter the terrorist attacks. Moreover, there has been an increase in crime rate across various countries in Europe. Issues such as drug related crimes are on the rise and countries such as Greece have been a victim of the same. For example, Omonoia Square in Greece has been an epicenter for drug-related activities.However, lack of proper training is one of the major restraints hindering the growth of the policing technologies market. The rapid growth in technology has resulted in an overwhelming number of products, services, and requirements which further results in additional staff training. The incorporation of new technology into police work also requires the need to thoroughly test, develop policy, investigate, and train. There are varied complexities associated with the adoption and use of various new policing technologies as a result of which there is often a long time gap in the adoption of these technologies. Police agencies need extensive training to become familiar with latest technologies such as facial recognition software, DNA testing, driverless cars, and gunshot locating detection systems among others.The competitive profiling of the key players in the Europe policing technologies market and their market shares across six countries which include U.K., France, Germany, Italy, Russia and others have been exhaustively covered under the purview of the study. Moreover, the distinct business strategies that have been adopted by the major players in the market have also been included in the report. For providing a detailed insight into the Europe policing technologies market, the market attractive analysis has been provided in the report.Market Insight of policing technologies can be Viewed @ http://bit.ly/2bCeEsC A comprehensive analysis of market dynamics, which include the market drivers, restraints and opportunities, is included under the scope of the report. Market dynamics are the distinctive factors that influence the growth of the specific market and therefore help to study the current trends in the global market. Additionally, Porter’s Five Forces analysis has also been included under the scope of the research. Thus, this report provides an inclusive study of the Europe policing technologies market and also provides the forecast of the market for the period from 2016-2024.Some of the major players in the market are: PredPol, Inc., Aventura Technologies, Inc, Reveal Media Ltd., Zepcam B.V., Basler AG, SmartWater Technology Limited, Computer Sciences Corporation, Brite-Strike Tactical Illumination Products Inc., Aeryon Labs Inc. and Taser International Inc.Transparency Market Research (TMR) is a global market intelligence company, providing global business information reports and services. Our exclusive blend of quantitative forecasting and trends analysis provides forward-looking insight for thousands of decision makers. TMR’s experienced team of Analysts, Researchers, and Consultants, use proprietary data sources and various tools and techniques to gather and analyze information.Transparency Market Research 90 Sate Street, Suite 700 Albany, NY 12207 Tel: +1-518-618-1030 USA - Canada Toll Free: 866-552-3453 Email: sales@transparencymarketresearch.com Website: http://www.transparencymarketresearch.com

01-28-2019 | Health & Medicine
MAXIMIZE MARKET RESEARCH PVT. LTD.
Synthetic Biology Market – Europe
Synthetic Biology Market Europe is expected to reach USD XX Billion by 2026 from USD XX Billion in 2016 at a CAGR of XX% (Detailed analysis of the market CAGR is provided in the report). Synthetic biology has expanded into various interdisciplinary fields that may be defined as the combination of artificial design and engineering to produce biological systems, chemicals or living organisms. Synthetic biology is also used for improving applications
09-10-2018 | Industry, Real Estate & Constr …
QandQ Market Research
Europe Wooden Doors Market
Europe Wooden Doors Market https://www.qandqmarketresearch.com/reports/wooden-doors-market-78 This report studies the Wooden Doorsmarket status and outlook of Europe and major countries, from angles of players, countries, product types and end industries; this report analyzes the top players in Europe and major countries, and splits the Wooden Doors market by product type and applications/end industries. The global Wooden Doors market is valued at XX million USD in 2018 and is expected to reach XX million
08-08-2018 | Health & Medicine
Data Bridge Market Research
Europe Radiotherapy Market
The Europe Radiotherapy Market research report consists of a primary and secondary research along with an in-depth analysis of the quantitative and qualitative aspects by the expert industry analysts and professionals, leading management bodies, to gain a profound insight of the industry as well as the industry performance. The Europe Radiotherapy Market report presents a lucid picture of the current industry landscape, including the historical and projected market size, based
05-12-2016 | Associations & Organizations
Europe Business Assembly
Europe Business Assembly
The Europe Business Assembly (EBA) is an international corporation for the evolution and implementation of economic and social development. The company was established in April 2000 and its history shows a plethora of promising initiatives, creative growth and professional victories. EBA’s activity demonstrates the capabilities and power of professional partnership. The year 2000 saw the beginning and the foundation of EBA with the signing of the memorandum of cooperation and
10-01-2008 | IT, New Media & Software
TEAM International
Smartsourcing in Eastern Europe
In 2008 the outsourcing business of Eastern Europe was estimated at nearly $2 billion, representing just a tiny fraction of the global IT outsourcing market, estimated at about $386 billion. According to the Gartner Dataquest predictions, in the next four years Eastern Europe is expected to outstrip the rest of the offshore market concentrated mainly in the “classical” locations like India. By 2010 Eastern Europe’s IT outsourcing market share is
03-03-2008 | Energy & Environment
Zensys Inc.
Home Control conquers Europe
European Home Control Summit attracts participation from leading International companies and organizations 29. February 2008 - Copenhagen/Frankfurt - The first European Wireless Home Control Summit on 9 April 2008, taking place parallel to Light + Building, features leading companies such as Merten, Horstmann, Danfoss, and market researcher Parks Associates as well as publicly funded organizations like the Danish Energy Saving Trust (DEST) presenting the newest trends, products and market strategies pertaining
Comments about openPR
OpenPR is clearly structured and remains true to its principle of confining itself to the essential parts. OpenPR has proven to be a very good and reliable partner to our media agency: Within the shortest time the releases are online and go down well with the media representatives. The success of OpenPR is reflected in the steadily increasing number of press releases. It is good that OpenPR exists!
Ursula Koslik, Director Marketing & PR, F+W Hamburg