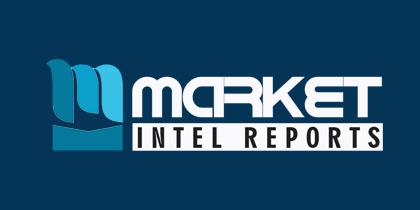 According to the Market Report "Cetane Number Improver (2-EHN) MarketAnalysis: By Diesel Type (Petroleum Diesel and Biodiesel); By Market Type (Direct Market and After Market) and By Region - Forecast to 2020", published by MarketIntelReports, the Market to reach $825 million by 2020. Browse - 81 Market Tables, 16 Figures spread through 130 Pages and an in-depth TOC on "Cetane Number Improver Market" http://www.marketintelreports.com/report/cmr0043/cetane-number-improver-2ehn-market-analysis-by-diesel-type-petroleum-diesel-and-biodiesel-by-market-type-direct-market-and-after-market-and-by-region--with-forecast-2015--2020Cetane Number is a measure of ignition quality of a diesel fuel and is determined by a standard engine test as specified by American Society for Testing and Materials International (ASTM D613). The ignition quality of diesel fuel is enumerated by measuring the ignition delay, which is the time period between the time of injection and start of combustion (ignition) of fuel. Combustion is not an immediate process; it depends upon automatic ignition of fuel injected into compressed air trapped in combustion chamber. An increase in cetane number diminishes the delay between injection and ignition of fuel. Cetane number Improver (CNI) is a type of additive, which is primarily used to raise the cetane number, and for the complete combustion of diesel fuel. Cetane improver can be added to the fuel at diverse stages such as in oil refinery, tank-farms, and fuel distribution systems and as after-market products.According to a recent study from MarketIntelReports, the Global Market Value of Cetane Number Improver was around $611 Million in 2014, where the Oil Refinery Market type accounted for around 88% of Market Share. CNI are used in petroleum diesel as well as in biodiesel. Out of these two diesel types, petroleum diesel occupies most of the market share. The average treat rate of cetane number improver used in oil refinery is 200 parts per million of the total volume of diesel fuel in order to raise 1 point of cetane number.Diesel engines operating on low cetane number diesel fuel protracts ignition, produce noise and emit white smoke with hydrocarbon pollutants and consume extra fuel than required. These types of diesel fuels contain large quantities of aromatics and smaller quantity of alkanes, alkenes and naphthenes. Thus, government authorities are focusing on fuel specifications and as a result, stringent regulations for minimum cetane number have been framed, which varies from region to region. One of the driving factors is the stringent emission control regulations, as per region on diesel fuels, is increasing the CNI demand in the market. For example, in the U.S. minimum CN requirement was 40, it increased by 5 numbers to 45 for emission reduction emanated by diesel engines. Countries in APAC such as China, India, Japan and Singapore have minimum CN requirement as 49, 51, 45 and 51 respectively.Asia-Pacific (APAC) region was the Leading Market with around $234 Million revenue in 2014, projected to upsurge at a higher CAGR of 7.2% for the forecast period 2014 - 2020. China passenger car volume market is estimated to rise by more than $470 Million over the period of 2011-2040 and the economic growth of china shifted inward, increases the freight movements that will lead to diesel demand in the market. China government is currently focusing on fuel specification and planning to enforce Euro V fuel specification by 2018. So, it is expected that the CNI market will also grow at a same pace, as the demand of diesel fuel in developing countries will increase in the near future.Get Sample Brochure of the Report @ http://www.marketintelreports.com/pdfdownload.php?id=cmr0043The Major Players in the Cetane Number Improver Market include: - Innospec Incorporation - EPC-UK PLC - VeryOne (Eurenco Limited) - NITROERG SA - Kutch Chemicals The Report provides detailed analysis of the different types of diesel, end-users and geography. The end-user industries are incorporated in the report includes: - Oil Refineries - Automotive Manufacturing - Agriculture - Marine - Power Generators - Others The market is also presented from the perspective of different geographic regions and the key countries for above mention end-user industries. Competitive landscape for after-market products is highlighted in product-benchmarking section and major market players are profiled.The Market Segmentation by Geography: - North America- U.S., Canada & Others - Asia pacific - China, India, Japan, & Others - Europe - Germany, Italy, France & Others - Rest of the World - Saudi Arabia, South Africa, Iran & OthersOrder Cetane Number Improver (2-EHN) MarketResearch (2015-2020) @ http://www.marketintelreports.com/purchase.php?id=cmr0043About us: MarketIntelReports (MIR) aim to empower our clients to successfully manage and outperform in their business decisions, we do this by providing Premium Market Intelligence, Strategic Insights and Databases from a range of Global Publishers. A group of industry veterans who are well experienced in reputed international consulting firms after identifying the sourcing needs of MNCs for market intelligence, have together started this business savior MarketIntelReports.Contact us: Sales Manager Mayur S 2711 Centerville Road, Suite 400, Wilmington, Delaware, 19808 United States www.marketintelreports.com sales@marketintelreports.com Telephone: 1-302-261-5343

05-29-2018 | Advertising, Media Consulting, …
MarketIntelReports
Study on Future Growth Drivers of the Cloud Integration Market
Cloud Integration or integration platform as a service (iPaaS) is one of the fast emerging forms of cloud computing services that are delivered to configure data with various application programs. These application programs range from enterprise risk management (ERM), customer relationship management (CRM), database management system (DBMS), and business process management to web conferencing, and emails, etc. Cloud integration services are especially designed to help organizations of all sizes to
05-28-2018 | Advertising, Media Consulting, …
MarketIntelReports
Analysis of Variables Pushing the Expansion of the Workforce Management Market
Workforce Management is an integrated set of processes that an institution or organization uses to optimize the productivity of its employees on the individual, departmental, and entity-wide levels. This report identifies the Workforce Management market size in terms of value for the year 2014-2016, and forecast of the same for year 2021. It highlights potential growth opportunities in the coming years, while also reviewing the market drivers, restraints, growth indicators, challenges,
05-24-2018 | Advertising, Media Consulting, …
MarketIntelReports
Study on Future Growth Drivers of the Blockchain Market
The blockchain technology market size is estimated to grow from USD 210.2 Million in 2016 to USD 2,312.5 Million by 2021, at a Compound Annual Growth Rate (CAGR) of 61.5% during the forecast period. In the report, 2015 is considered the base year, while the forecast period is 2016–2021. The objective of the report is to define, describe, and forecast the blockchain technology market on the basis of providers, applications, deployment
03-20-2018 | Business, Economy, Finances, B …
MarketIntelReports
Glass Bonding Adhesives Market by End-Use Industry (Furniture, Electronics, Medi …
The use of adhesives and glues as a bonding agent between glass and other materials is increasing now a days. The glass bonding adhesives has a wide range of applications in automotive industry for bonding the glass in vehicles, manufacturing of water tanks and optical glasses, bonding of window glass to frame or structure etc. The selection of a suitable adhesive for proper bonding of glass depends upon various factors