Press release from: Stewart U 360 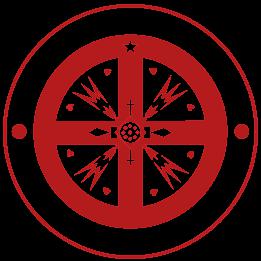 Bacone College and Stewart U 360

KANSAS CITY, MO, SEPTEMBER 12, 2016 - Bacone College, the oldest-run continuously operated institution in Oklahoma, is celebrating a 33% increase in new enrollment through its partnership with Stewart U 360. Entering the campaign, the company projected an estimated 40-50 students receiving first contact through Stewart U 360’s efforts. The 2015-2016 class was enrolled with 77 students reached through the search marketing campaign, with a total of 462 new freshmen walking the campus. This comes at a time when Oklahoma’s state enrollment has seen a 7% decrease. The combination of Kindle Holderby and his team’s efforts with Stewart U 360 has brought positive changes to the campus and its enrollment. # # # If you would like more information about this topic, please contact Evan by email evan@stewartu360.com or by phone at 6368966887.About Bacone CollegeBacone College, founded in 1880, is a private liberal arts college in Muskogee, Oklahoma, originally as the Indian University. With strong ties to tribal nations, such as the Cherokee and Muscogee Nations, Bacone is a member of the Oklahoma Independent College Foundation and Universities, the Joint Review Commission for Radiography Education, the Higher Learning Commission of the North Central Association of Colleges and Schools, the National League for Nursing, the National Association of Intercollegiate Athletics, and an affiliate member of the Oklahoma Association of Colleges for Teacher Education. About Stewart U 360Founded in 2012 and with a combined 21 years of industry experience, Stewart U 360 helps schools improve both their applications and their enrollment.  Headquartered in Kansas City, MO, the company believes in effective, multi-channel search marketing to produce leads which matriculate and deliver a high ROI.  Whether your department has a limited budget or bountiful coffers, Stewart U 360 is able to use all sources to provide the best targeted prospects, and treats your institution's success as its own. Looking for higher education marketing from every angle? Head to stewartu360.com.Contactevan@stewartu360.comCell6368966887Emailevan@stewartu360.comWebsiteStewartu360.comFOR IMMEDIATE RELEASE September 12, 2016

You can edit or delete your press release STEWART U 360 Client success Story: Bacone college here